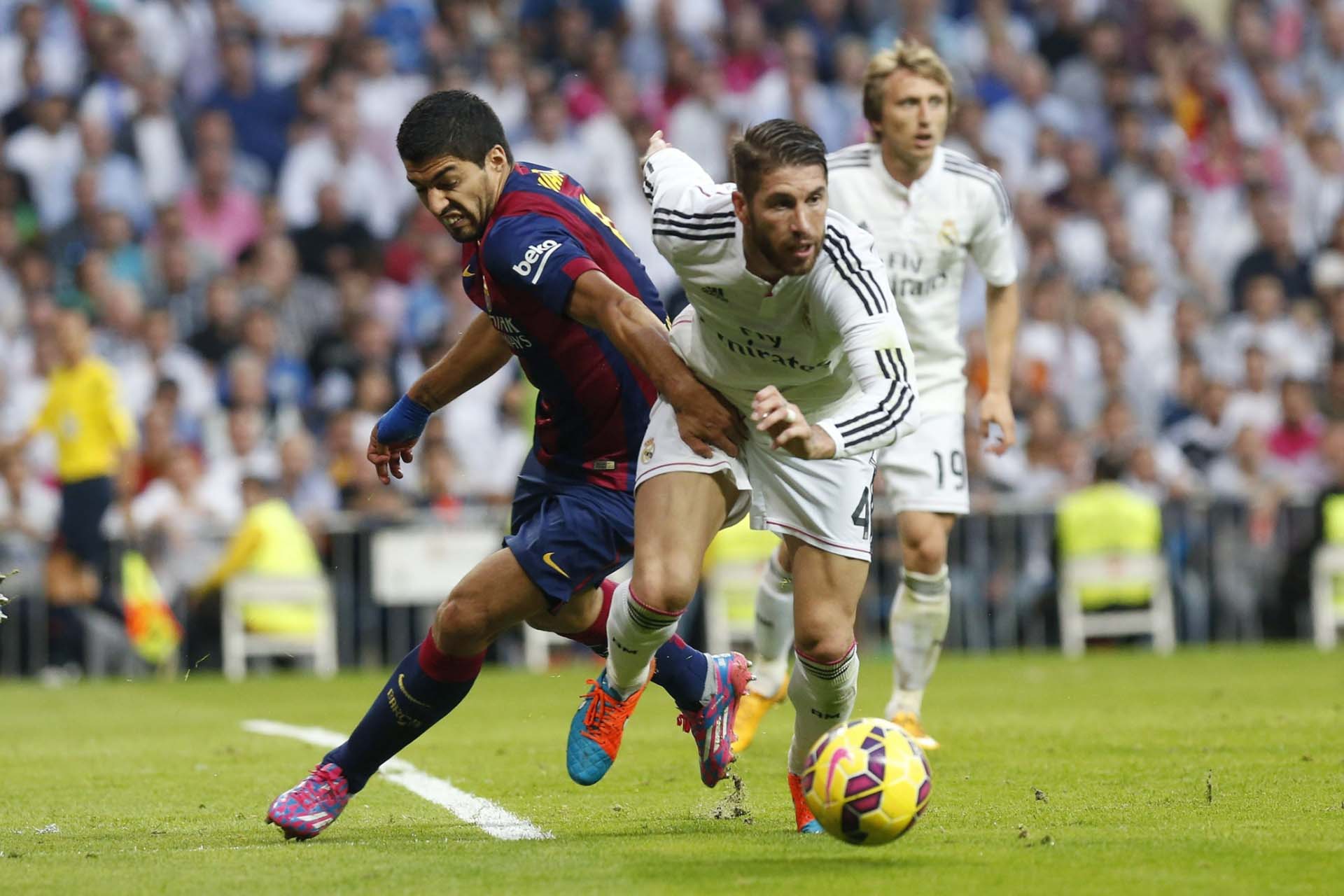 Soccer is the most popular sport in the world. The fiercest game between any two club teams occurs when Real Madrid Club de Futbol and Football Club Barcelona clash. The matchup of the two biggest cities in Spain and consistently two of the best teams is referred to as El Clasico. Each meeting between the two soccer superpowers garners hundreds of millions of viewers worldwide. Barcelona won the latest meeting on March 22, as things were not going Madrid’s way, winning 2-1.

Madrid came out hard in the first half, pressing Barcelona and creating several chances to score. In the twelfth minute of the match, Madrid forward Karim Benzema chipped the ball to across the box to Madrid forward Cristiano Ronaldo, who volleyed the ball, which rattled off the crossbar! So close!

Madrid continued to dominate. It looked like Madrid could put one in anytime. Then in the 19th minute, the referee called a foul on Madrid defender Pepe about 30 yards from goal. The controversial call by the referee received more backlash when Barcelona’s Lionel Messi crossed the ball to defender Jeremy Mathieu, who headed the ball past Iker Casillas, putting Barcelona up 1-0.

Los Blancos bounced back from Barcelona’s lucky goal and continued to create chances. In the 31st minute, Ronaldo produced a classy finish to the bottom left corner from Benzema, who delivered a beautiful backheel assist. Madrid simply would not let up, and continued to press the withering Barcelona. Benzema got the ball just inside of Barcelona’s box, crossed the ball which Ronaldo flicked on with his head to Gareth Bale, who finished brilliantly! Goal Madrid! The White Knights win El Clasico!

Well, at least that is how it should have happened. Unfortunately, the assistant referee had his flag up, signaling offsides. Barcelona players closed their eyes in relief that they have been bailed out by the officials while Madrid players put their hands on their heads in disbelief. Madrid fans across the world watched in anguish as the replay is shown, revealing no players to be offsides.

The goal should have stood. The first half ends 1-1, Barcelona reenergized from the poor call and Madrid demoralized by the officiating blunder. Both teams took the field for the second half, but Madrid never recovered from the beautiful goal that it was robbed of.

The second half was tight, but Madrid’s energy was not there anymore. In the 52nd minute, Barcelona defender Dani Alves lofted a ball from his own half, finding forward Luis Suarez, who eluded Pepe and touched the ball past Casillas. A goal out of nothing. The rest of the match dragged on, with Madrid creating a few chances. The referee blew the whistle and Barcelona dug out the win, the referees supplying the shovel. Barcelona now lead La Liga, four points ahead of Madrid. With ten games remaining, the race to win the league will come down to the wire.