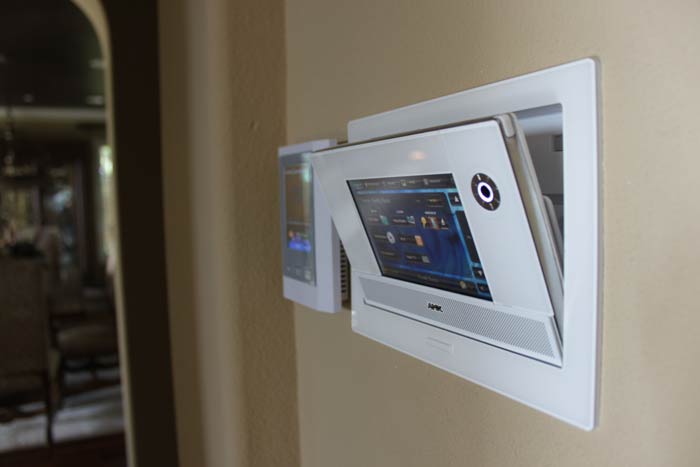 Technology allows everything from thermostats to blenders to be remote-controlled.

The connected home finally appears to be approaching mainstream America, alongside a great amount of hype from major technology companies. The connected home is made up of devices that are linked to the network and in so doing, allow the devices to be monitored and controlled remotely. Considering the pervasive influence of the Internet in our daily lives, it seems a long time coming that the Internet is finally brought to the home.

Connected devices which aid in home automation include thermostats, security systems and home appliances, all of which are revolutionizing the technology market.

The race for control over the smart home market began with Google’s acquisition of home automation company Nest in January 2014, signaling the arrival of major tech companies into the connected home market. In turn, Nest, acquired Revolv, a smart hub company, in October that year.

In June 2014, Apple unveiled HomeKit, a home automation framework that allows iOS 8 users to control a variety of smart devices from their iPhones. Unlike other platforms, users of HomeKit can also use Siri to speak commands and control devices. A few months later, Samsung brought itself into the market by acquiring SmartThings, another system which functions as a hub for smart devices. However, transitioning to a smart home is filled with obstacles. Device fragmentation due to competition between platforms such as Home Kit, SmartThings and Revolv prevent a streamlined experience for consumers. The lack of a standard platform which can connect all smart devices causes compatibility issues between devices and limits the growth of the smart home.

“Instead, as consumers add individual smart products to address additional problems, they will realize new tasks that this combination of gadgets could address — if only the solutions were able to communicate and interoperate,” Frank E. Gillett, analyst for Forrester, a market research company, wrote. “This realization by customers will create demand for federation among smart products.”

Furthermore, there is the problem of integrating smart technologies into current houses. Early adopters will have to foot a large bill for retrofitting new wiring displays and thermostats, which may quickly become obsolete as the market is still not mature.

“The killer app that provides the tipping point has not materialized,” Dinesh Sharma, vice president of marketing at Systems, Applications & Products in Data Processing told USA Today. “But if you have any doubts about the market, walk down the aisle of a Home Depot or Lowe’s. You see connected devices, and it’s not just Nest.”

Indeed, home improvement stores are now filled with appliances that hope to bring organization to the home. First to begin this revolution was Lucky Goldstar, which premiered the Internet Digital DIOS fridge in 2000. At the time, it was ridiculed as an unnecessary product and was not widely adopted — perhaps due to its $9,000 price tag.

However, the smart fridge is now a feasible alternative to regular refrigerators, with the price point reaching near parity. LG has decided to give smart fridges a second try and brands such as General Electric and Samsung have also created their own.

The advancement of technology allows smart fridges to remind users when to stock up on more groceries or allow users to watch television. Smart appliances are not the only devices to flood the home improvement market. Phillips Hue light bulbs, for example, can change color for different ambiances, be turned on or off remotely and be set to slowly brighten in the morning.

Other innovations include the Nest Protect smoke alarm which can send phone messages if it senses smoke and reminds its users when it has a low battery. The alarm gives warnings with a human voice before sounding an alarm. Furthermore, it can be paired to a Nest Thermostat, which can turn off gas if there is a leak of carbon monoxide. The Nest Thermostat can also learn a family’s daily usage and adjust the house’s temperature accordingly.

While the smart home may still be more popular with early adopters than mainstream consumers, according to findings from the National Association of Realtors, 46 percent of homeowners believe installing smart technologies in the home is worthwhile.

Yes, it may take some time before connected devices become ubiquitous in every home, as the market has yet to go mainstream. Their dominance is inevitable is coming very soon.