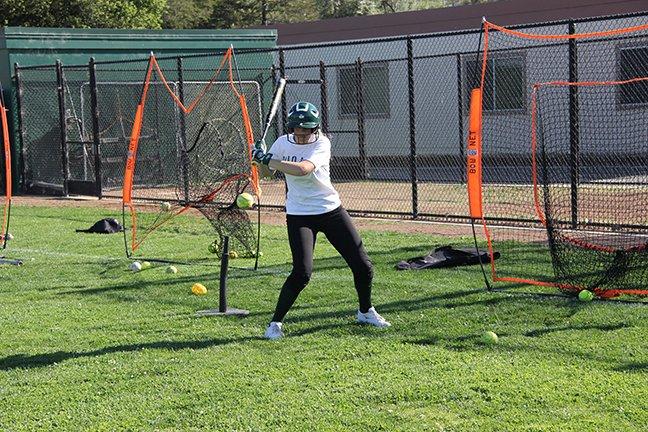 After much preparation, the  Palo Alto High School’s softball team started off its season with a game against South San Francisco High School.

Unfortunately, the team lost 5-1, but they later won 8-1 at their next game making the game against San Mateo High School their first win of the season.

They continued with a 10-0 win against Menlo-Atherton High School and a loss against The King’s Academy, finishing up with a close score of 5-4.

The Palo Alto High School girls softball team is confident in its ability to win games and improve.

“This season has built upon last season,” senior Maddy Jones, one of five senior captains, said. “Especially our team chemistry, being able to work together on the field extremely well, and our work ethic. We have spent more time going back to the basics, especially focusing on our hitting.”

“Especially [Renteria], who starts at third, has been doing really well,” Jones said. “We also have two players from basketball, Maddy [Atwater] and Sophie [Frick], who are still trying out but have played in our last three games.”

Overall, the team has been doing well, and is working hard to continue improving during the season, hoping to build on its momentum and have a successful season.

“This season we will improve on last season’s record,” Jones said. “We have a lot of determination to put in the necessary hard work and our coaches are always pushing us to do our best.”