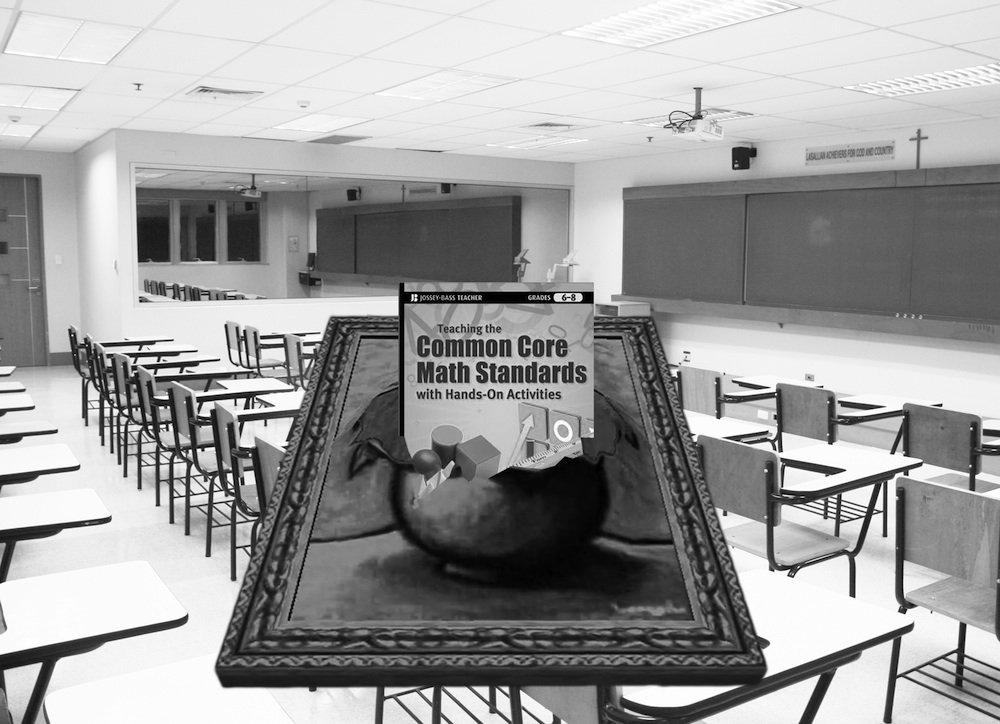 Creative people are known for thinking out of the box, going against the grain, acting spontaneously and possessing many other traits that normal people view with incredulous confusion. So it is no surprise that historically, when faced with the challenge of school, which consistently asks you to conform, act and think predictably and sink thousands of hours into meaningless busywork, many famous artists have either tried to adapt and failed or given up and dropped out. Because if you are going to be a starving artist anyway, why waste your time in school just to be a starving artist with a diploma?

But not everyone can drop out of school and still go on to be a social media billionaire or a culturally inflammatory rapper and designer. The students that aren’t Zuckerbergs or Kanyes are forced to buckle down and work like everyone else to graduate, even though most of the time, they are not actually working towards anything that they would like to do as a career. A backup degree is not only suggested, but essential to the survival of anyone wanting to take the risk of pursuing a career in the arts. On top of this, the time commitment school requires continues to increase as students progress through grade levels. Similarly, the further one advances as an artist, the more time you have to dedicate to honing and perfecting your craft. This presents us with a huge dilemma: there are only 24 hours in the day. How do you fit in both art and study?

It is true that students have opportunities to practice art in school through Paly’s excellent programs. A variety of classes are offered in different media, giving students a couple of block periods a week where they can learn new skills and practice their artistic abilities. But just because these classes are available does not mean that everyone who wants to take them can. Only one art class is needed for A through G requirements, and once most students finish that they have to finish other requirements. With only seven periods in the day, and most of those periods taken up by core classes and graduation requirements such as Physical Education and Living Skills, students only have one or two periods open for electives. Tack on Advanced Placement courses and the necessity of a prep in order to sleep and treat cluster headaches, and it is practically impossible to fit in an art course that you genuinely want to take due to other courses that you are forced to take.

So it seems like it all comes down to time management. Much like athletes, artists have to commit time outside of school to practice and hone their skills. But while athletes have partitioned practice time every day, artists have no designated time set aside for them. And when no one is yelling at you to draw harder or spend more time recording in the studio, it can be hard to motivate yourself to create after a long day of sleep inducing lectures and stressful testing. On top of taking up copious amounts of time, schoolwork also saps the energy that is vital to creativity. Even if artists can carve out a couple of free hours a day, they might be too tired and drained to pick up the paintbrush and will probably just decide to sleep instead.

The conclusion we can draw is that artists in particular do not have enough hours in a day to properly hone their craft and pursue their passions. The classes they take in school do little to encourage a creative mindset and in some cases might even stifle creativity and make it harder for artists to get back into the flow once they return home. The only solution in sight requires cutting something out of the equation, whether it be slacking off on assignments in order to further their artistry or giving up on art in favor of higher grades and test scores. But the most striking part of this issue resides in the realm of the hypothetical: if students spent an equal amount of time on their art as they did studying calculus or memorizing ancient legislations, what kind of masterpieces could they create? The most impactful artists are few and far between — rarely do we see a voice that speaks to a generation or changes the world. But how many potential creative messiahs simply lie dormant under the rigorous intellectual conditioning of modern education? This millennium’s Da Vinci could be throwing his sketchbook away and studying for a math test.