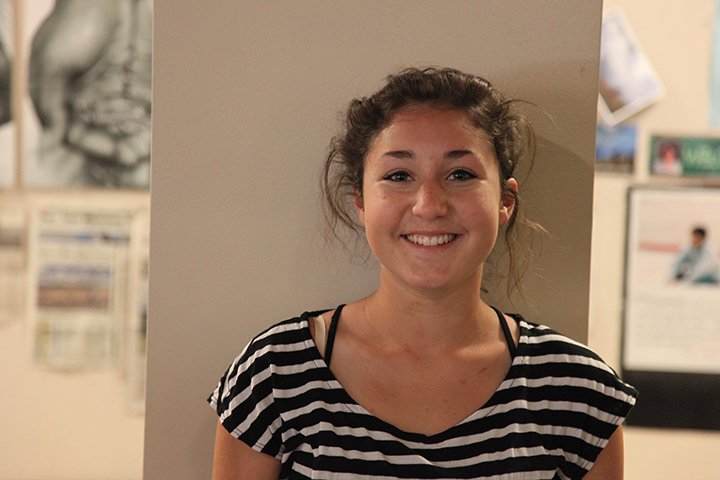 Maya Benatar, a junior on the Palo Alto High School’s girls lacrosse team, has been on the team since her freshman year. An attacker, she has helped the team achieve a top 20 state ranking.

The Campanile: So what is the girls lacrosse’s record so far?

TC: Wow. What are your playoff expectations?

MB: I think we are really at a place where we should win SCVAL [Santa Clara Valley Athletic League] again. I think that our biggest rival is [Henry M.] Gunn [High School] and we played St. Francis out of league, and that used to be our biggest in league rival, and we beat them. So I’d expect to win.

TC: Who would you say is the best player on the team?

MB: That’s a hard question. I might say Allie Peery because you don’t think of her has having a remarkably fancy stick but I think that ends up helping her score more because she never drops it. Like she never tries to do some crazy fake and drop it, she just runs in and is probably the most athletic.

TC: Who’s the funniest on the team?

TC: You’ve been on varsity since your freshman year right?

MB: Yeah, I was on [Junior Varsity] for about a month and then got pulled up halfway through the season, so I was on varsity for most of freshman year.

TC: So what’s it like, would you say you have a very close team dynamic?

MB: I think that [everyone on] our team is social and fun to talk to, and practice is always really fun.

TC: Well you seem to be very proud of the girls team, do you think it’s better than the guys team at Paly?

MB: Well I think compared to the other teams in the league, yes we have a better record and have been performing better than the guys and I think it’s also due to injuries. I know that a lot of powerful players on the guys team have missed some key games or have been out for them, so I think that is part of the reason.

TC: When girls lacrosse play the guys’ team in the scrimmage at the end of the season, who do you think is going to end up victorious?

MB: I mean I always think that you know boys are powerful athletes, maybe more powerful than girls biologically but I think it’s going to be close.

TC: Where do you see yourself in the future in regards to lacrosse?

MB: I’m still interested in playing lacrosse in college. I would say I spent the last year on a competitive club team where a lot of the girls were trying to get recruited for D1 and I decided that’s not what I want just because of academics and stuff, I wouldn’t want to spend so much time with lacrosse, even if I could go to a D1 school. But I do think that D3 looks like a good option, and if I end up at a school that only has D1, I’d definitely play for club.

TC: Before college, you still have your senior year, are you excited to finish your lacrosse career at Paly?

MB: Yeah I think it’s going to be great. We are graduating a lot of seniors which is going to be hard for the team dynamic socially and on the field, but I’m excited to be a senior on the team.