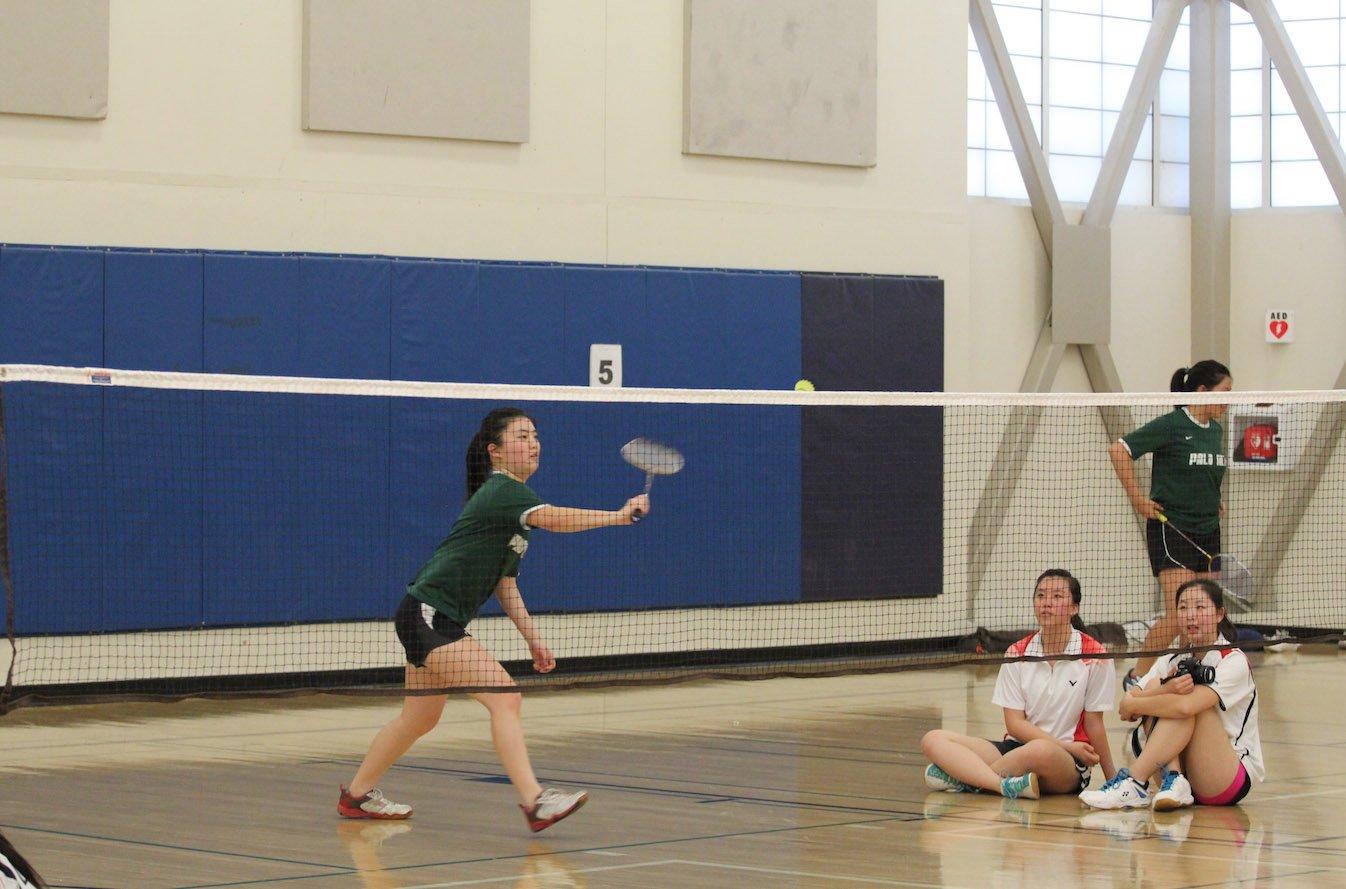 Junior Helen Yan attempts to return the serve in a game against Lynbrook High School. The Vikings fell to Lynbrook 27-3.

Badminton steps up after slow start

After a mixed season against its competitors, the Palo Alto High School badminton team hopes to turn around its performance this season as the season progresses.

So far, the team has played seven matches against its neighboring schools, losing its first three matches by a wide margin and winning three out of five matches thereafter. The Vikings have played against traditionally strong schools, but after finding its groove, the team appears to have a higher rate of success.

“I think as a whole team, we have figured out who’s good at which event and how to play our matches better,” freshman Jackie Cai said. “I think for the rest of the season, we will be able to get a few more matches down.”

Furthermore, the team did not have a full lineup during the first three games as a result of missing health forms. After the team returned with  full strength, it has lost fewer games. Senior Joseph Chang attributes their success to better doubles teams and stronger singles performance.

“[Junior] James Wang wasn’t available for the first three games, but he’s been dominant since his return, winning all four of his varsity-1 matches,” Chang said. “[Freshman Cai] has also been amazing, winning all her games in girls singles-1, one of the most competitive categories.”

Despite the improving lineup, the team still struggles against stronger teams. Following a short winning streak, the Vikings fell to Lynbrook High School 27 to 3 and lost to crosstown rival Gunn High School 20 to 10.

However, Cai also believes that the losses in the beginning of the season, they allowed the team to experiment with different lineups. Furthermore, she believes that receiving their first win was vital to the team’s future performance.

“I think it took us some time to figure out what is the best lineup,” Cai said. “After beating an easier opponent like Saratoga, it definitely boosted our confidence.”

The boys lineup has also had a strong showing, with the combination of junior James Wang, junior Eric Chiang and senior Joseph Chang, who proved to be a formidable trio of boys, securing wins in varsity-1 boys doubles and varsity-1 mixed doubles. Chang is confident that as a result of the strong lineup, the team’s excellent performance will continue.

“For the rest of season, we’ll be taking on many strong teams to finish off the season,” Chang said. “But I am confident that our team will be able to finish strong.”

As for the team’s prospects next year, Chang believes that the strength of the underclassmen will allow for the team to be even more successful.

“Many of the young underclassmen have made great strides and are improving rapidly,” Chang said. “I believe that they will have an excellent opportunity to win league next year.”

The team’s next game will be on May 7 against Gunn High School.