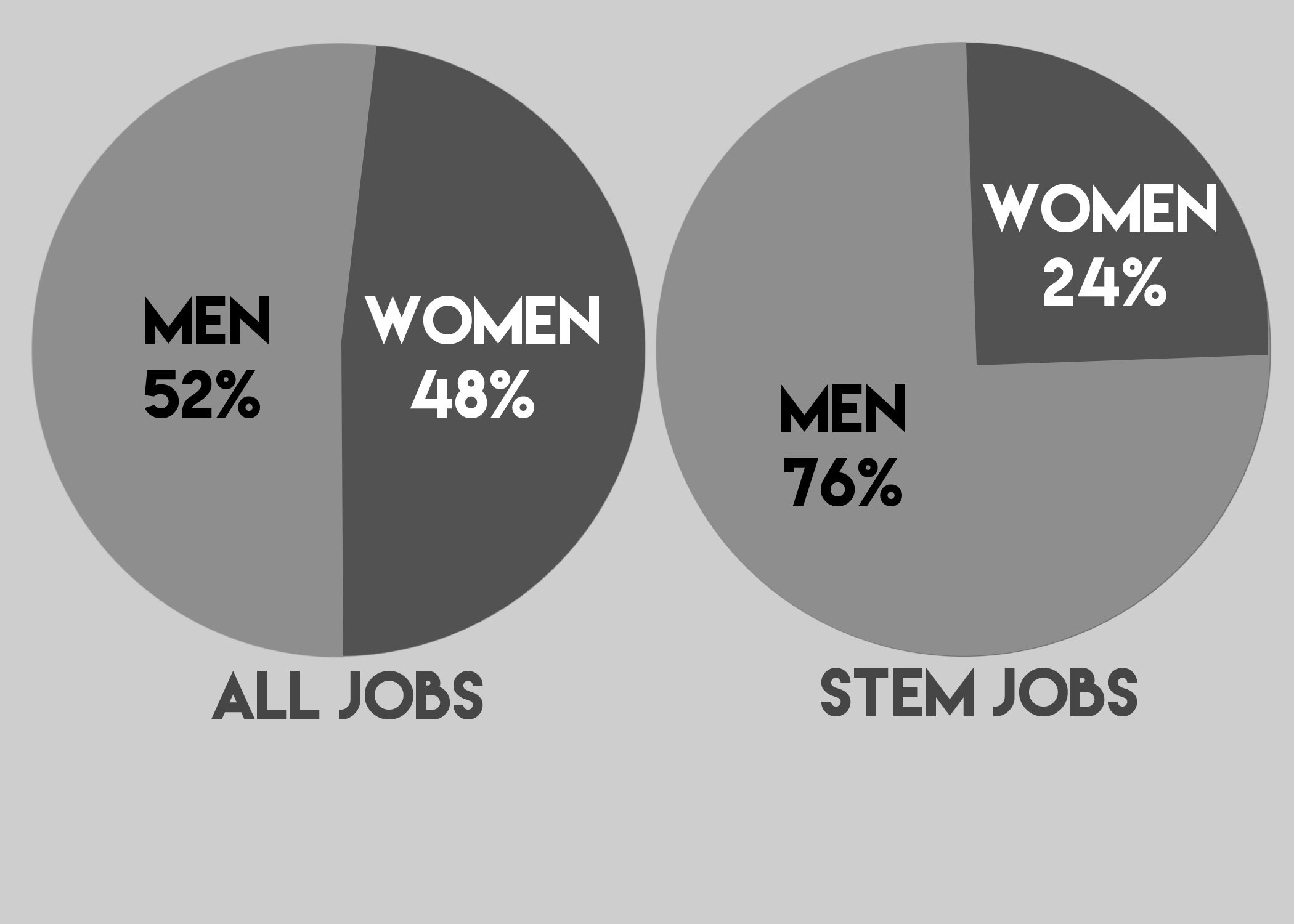 Though women make up approximately half of those employed in the U.S., they are grossly underrepresented in all STEM careers.

More women need to be involved in STEM jobs

Science, technology, engineering and math (STEM) degree holders make up almost half of the U.S. workforce; however, only about 25 percent of these degree holders are women, generating a large gender gap and a great opportunity to expand employment in today’s most impactful professions. The majority of these professions are related to computers.

The American Association of University Women, an organization which promotes equality for women and girls, has found many reasons why there are so few women involved in STEM fields. One of which is that females have the burden of gender stereotypes weighing on them, usually resulting in negative performance.

For example, a girl taking an Advanced Placement Calculus exam may have the extra stress of not reinforcing the negative stereotype that girls are bad at math, and because of this, she may end up not doing as well as her male counterpart. With this constant pressure to defeat a stereotype, it may lead her to giving up and developing a fixed mindset in which she does not believe in working hard to achieve her goal, but rather simply thinking she is not good enough.

“Create opportunities for success and safe environments in which to fail,” Regina Agyare, founder of Soronko Solutions, said in an article published by the Cable News Network. “They’ll learn to persevere and develop a growth mindset, so critical to success in STEM fields… instead of ‘this is hard, I can’t do it,’ they will believe, ‘I can try another way.’”

In order to boost the confidence of girls who wish to be involved in STEM, role models are a vital part of the process. Since there are gender stereotypes and biases that females are not as adept in STEM fields as males, women need role models to tell them that they can do it and achieve great success just like anyone else.

Techbridge, a program that inspires to expand career options for girls in STEM fields, found that less than 60 percent of girls know someone in a STEM career. Because of this, they set forth a “Role Models Matter Online Training Toolkit” which helps adults engage girls in STEM and become role models.

Recently, a huge flood of programs have emerged to boost girls’ confidence and encourage more girls to become involved with STEM related fields.
For example, Girlstart is an organization that provides strategies, resources and programs all related to STEM to young girls nationally. Coding programs such as Girls Who Code, Black Girls Code and Girl Develop it have also sprung up.

Though more and more women are entering STEM related fields because of the programs that have been put in place, the overall societal belief that males are superior in STEM fields must end now so that the whole world is coming to much more research and technology based world. More people will need to be educated in STEM fields in order to fill the STEM jobs that are soon to come.