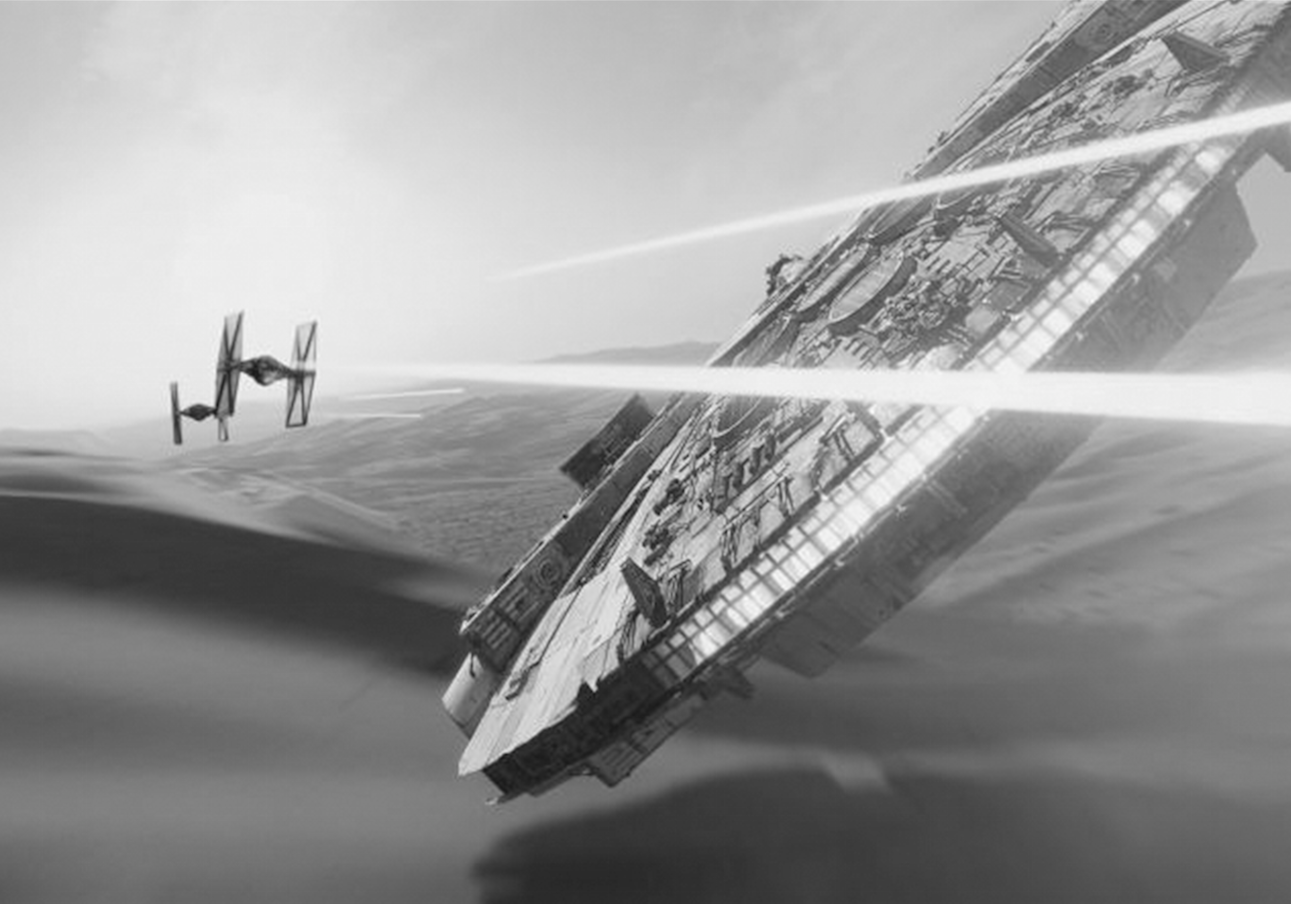 The trailer of the highly anticipated Star Wars episode was released on April 16.

On April 16, three small words shook up an entire galaxy of excited Star Wars fans: “Chewy… we’re home.” Spoken by a gracefully aged Harrison Ford reprising his role as Han Solo for the first time in more than 30 years, the line has become iconic amongst followers of the franchise since it was heard in the newest teaser trailer released for the long-awaited seventh Star Wars film, “The Force Awakens.” News outlets exploded, discussion forums crashed, and many shed genuine tears of joy and nostalgia. Han and Chewbacca are back home in the cockpit of the Millenium Falcon, and millions of fans are also at long last back home on their couches following their adventures. Anticipation for “The Force Awakens” is at an all time high. But can it be possible for a film to be too anticipated?

Since the very minute that the production of the mythical seventh Star Wars episode was announced in 2012, the franchise’s gargantuan fanbase has been abuzz with every conceivable form of speculation, rumor, libel, slander and fear-mongering doomsday proclamation. Due to tepid reception for the most recent three films, it is hard to convince jaded day one fans that they even want a new movie, and even harder to convince them that it will not be as terrible as “The Phantom Menace.” But those that do actually accept and look forward to the new film, and even some who do not, take its hype to an incredible new level.

On the internet, nobody knows that your stepdad’s friend’s cousin does not actually work at Skywalker Ranch and did not actually send you those blurry screen captures of Darth Revan that you are trying to pass off as leaked photos of the reincarnation of Darth Vader. The opportunistic among the fandom have taken advantage of this fact and done just that, among many other shady whistleblowing debacles, since the announcement and commencement of the film’s production. If you believe all of the rumors that are floating around, which often blatantly contradict each other, then “The Force Awakens” will contain everything from 5,000 year old reanimated Sith lords to lightsabers somehow recovered from the core of a gas giant to Boba Fett as a kindly old caretaker for the next generation of young Jedi. All of these have been claimed with dead sincerity by sources that remain anonymous and more or less all have no real credibility. Fans are now split between denouncing these leakers, following just one like a messiah and trying to somehow weave the convoluted net of lies and deceptions into something resembling a possible synopsis for the film.

Arguably the most notable of these leakers is Jason Ward, Editor-in-chief of the blog Makingstarwars.net. In the last few years, Ward and his staff, who claim exclusive inside sources, have posted everything from plot summaries to concept art to complete character lists for the new film, to the acclaim and excitement of the blog’s rapidly growing fanbase. Despite only a rough 5 percent of their information being proven as correct so far, Makingstarwars.net commands a huge following (and lots of ad revenue) from posting claims that could just as likely have come from any excited 8-year-old as straight from Geroge Lucas’s mouth.

However, if we look back on the long and storied history of the franchise, we see that it wouldn’t be a true Star Wars release without spoiler men and leaks up until the opening crawl at the first midnight showing. The release of “The Phantom Menace” in 1999 was preceded by a Spoiler Man-like entity who went by the name of SuperShadow. SuperShadow trolled the last millennium’s primordial internet with similar leaks, hints and more that he claimed came straight from his close personal friend George Lucas. Before the internet, there was actual print press that would come to the movie sets for any possible scoop. To avoid this issue, crews working on “Return of the Jedi” in the early ‘80s were adorned with false branding for a fictional horror film called “Blue Harvest” as a way of hiding in plain sight from inevitable media espionage.

Among all this espionage and deception, one truth remains: unless they have personally worked on the film, specifically in the script or editing departments, nobody knows what will happen in “The Force Awakens.” Will Han die? Will Jabba the Hutt come back to life? Was it really Jar Jar in the Darth Vader suit the whole time while Anakin ran free, only to come back for the sequel trilogy in the greatest plot twist of all time? Only time and patience will tell. Until “The Force Awakens” releases everywhere Dec. 17, the leaks will continue, despite multiple debunkings and inconsistencies that will inevitably come to light as more official content is released. The leakers are easily startled, but they will soon be back, and in greater numbers.