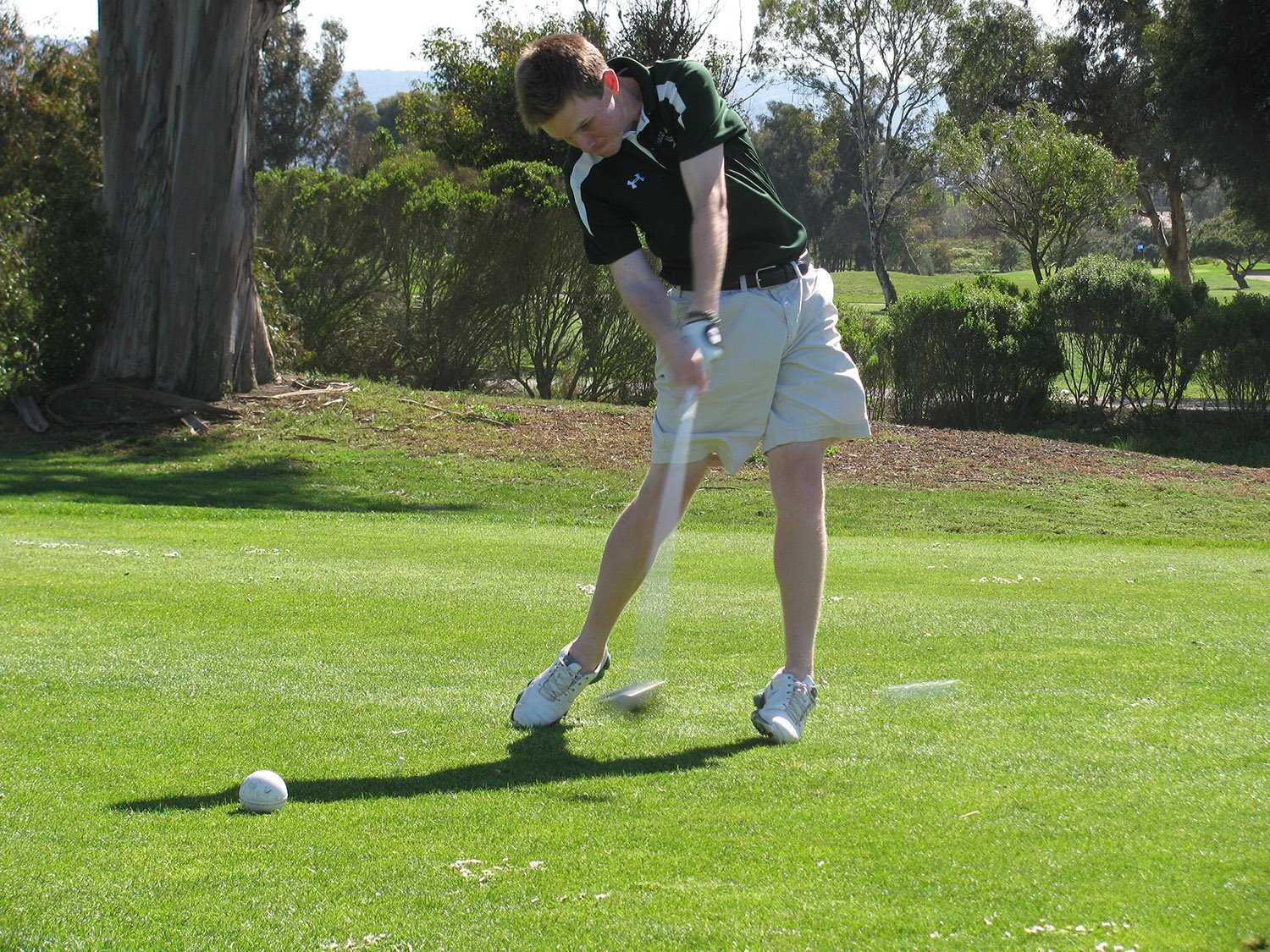 Junior Henry Gordon takes a swing at the team’s match during the first round of CCS.

The team went undefeated for the third consecutive year and took first place in the Santa Clara Valley Athletic League tournament, but were unable to play in the more challenging  NorCal tournament.

“We had a great season,” Coach Doyle Knight said. “Unfortunately, we did not do well at CCS. We missed the cut by eight strokes.”

Senior John Knowles was also disappointed in the team’s end to the season, but happy with the team’s play.

“I felt that this team was going to make it to NorCals, and it was a disappointment to not advance,” Knowles said. “Over the past couple years, I’ve felt the team run out of steam at the end of the season but I didn’t get that sense this year. Everyone competing was excited to play well and we were all confident in our team.”

Knowles was sad to see the team end the season the same way it did last year, and even though he is excited to move forward with his golf career, he will miss his teammates as both friends and as competitors.

“As a senior, it’s been a privilege to be part of this team for the past four years,” Knowles said. “I’m going to miss the three juniors,  Matt [Lewis] and both Henry’s [Hughes and Gordon] and my fellow senior Alex [Hwang]. They are great people to compete next to but also just to be around.”

Knight is sad to see the seniors go because they had such an impact during their time on the team.

“[The seniors] will be missed next year,” Knight said. “Seniors give a sense of leadership to a team. Especially John [Knowles], because he was one of my top 6 players. He has been an anchor during his 4 year career here, always solid with his scores.”

Knowles has said that playing on this team has prepared him for his future.

“Playing Paly golf has made me excited to continue to play golf,” Knowles said. “It also  made me a better golfer and teammate. I’ve learned how to compete on the course and during practice.”

Looking to next year, Knight hopes that with a strong roster the team will have a better chance at advancing past the first round of CCS.

“As for next year, I’ve challenged the players to sit down and think about what it will take for us to do better at CCS,” Knight said. “The past years we have gone in strong only to be finished after the 1st round. Even other coaches from other leagues are surprised by that.”