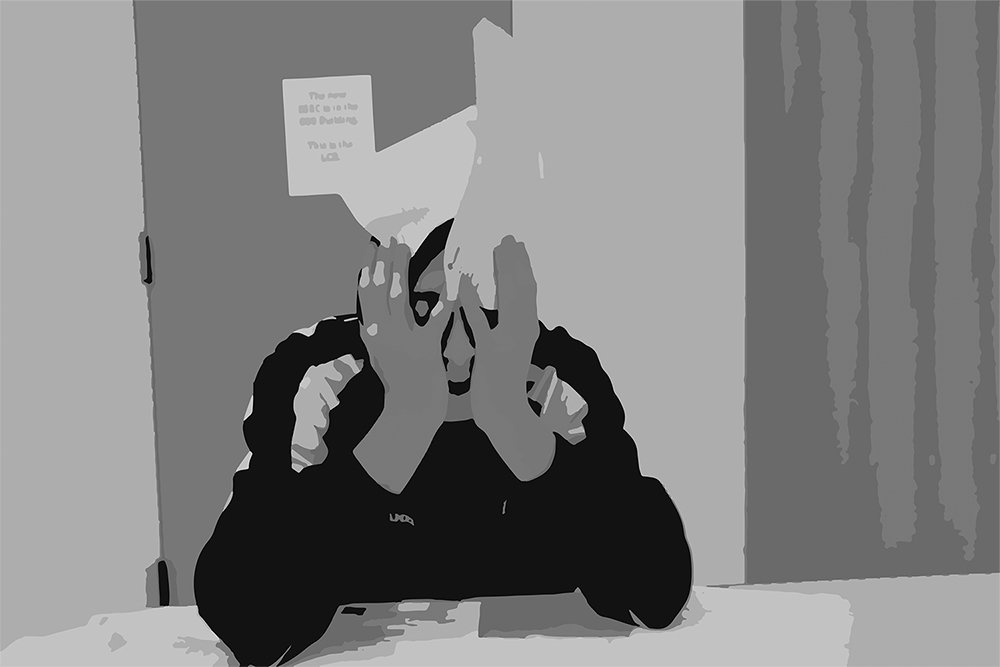 The number of students who miss tests has led to increased makeup test difficulty.

NO: Should makeup tests be harder than original tests?

Every once in a while, students unintentionally miss an exam due to immovable absences. However, the option of administering makeup tests allows students who miss the day of an exam to take the test they missed. Whether the student misses the test because of an illness, a sports event or a doctor’s appointment, the student has the option of making up the test due to an excused absence. In these circumstances, students unintentionally miss the test the first time around, so it should reasonably follow that they have the opportunity to make up the test with the same level of difficulty as the first test.

Unfortunately, there is a common and generalized assumption that most people who miss exams on the original date do so purposefully in order to take more time to study for tests.

This would give them an unfair advantage, which leads to the belief that makeup tests should be more difficult in order to take away this upper hand.

Though this may be true in some cases, makeup tests cannot be administered with this assumption in mind. If every absence is assumed to be illegitimate, then there would be no point in administering makeup tests at all, as students who miss tests  purposefully should not have the option to make up an exam they should have taken on time.

Furthermore, assuming students are unethically skipping tests puts those who miss tests for legitimate reasons at an unfair disadvantage.

Students have to be given the benefit of the doubt in regards to reasoning behind absences, or else those who truly miss the test due to unavoidable situations would be wrongfully punished with a harder exam.

However, assuming that these students have actual reasons for missing a test, these students would not end up spending their missed period studying, but rather would spend the time at home sick or at a sports event. Even though they may get to take the test within the next few days, they still have all of their other classes and extracurriculars to worry about.

If students miss the entire day of school they miss the test on, then they are at an even greater disadvantage, since they have work from multiple classes to make up. However, makeup tests can and should be made so that they are different from the original test.

By making a different copy of the test at the same level of difficulty, students who legitimately miss exams the first time will not have to suffer from harder tests, and those who illegitimately miss the exam to get answers from others will not be able to use the extra knowledge gained.

It all comes down to whether a student legitimately misses an exam or creates a fake excuse in order to get in more studying time. But writing harder makeup tests in order to deter those who plan to get an unfair advantage wrongfully punishes those who have a legitimate reason to miss a test the first time around. In any case, makeup tests should not be harder if carried out with its original intent of letting those who legitimately miss a test to make up what they have missed.