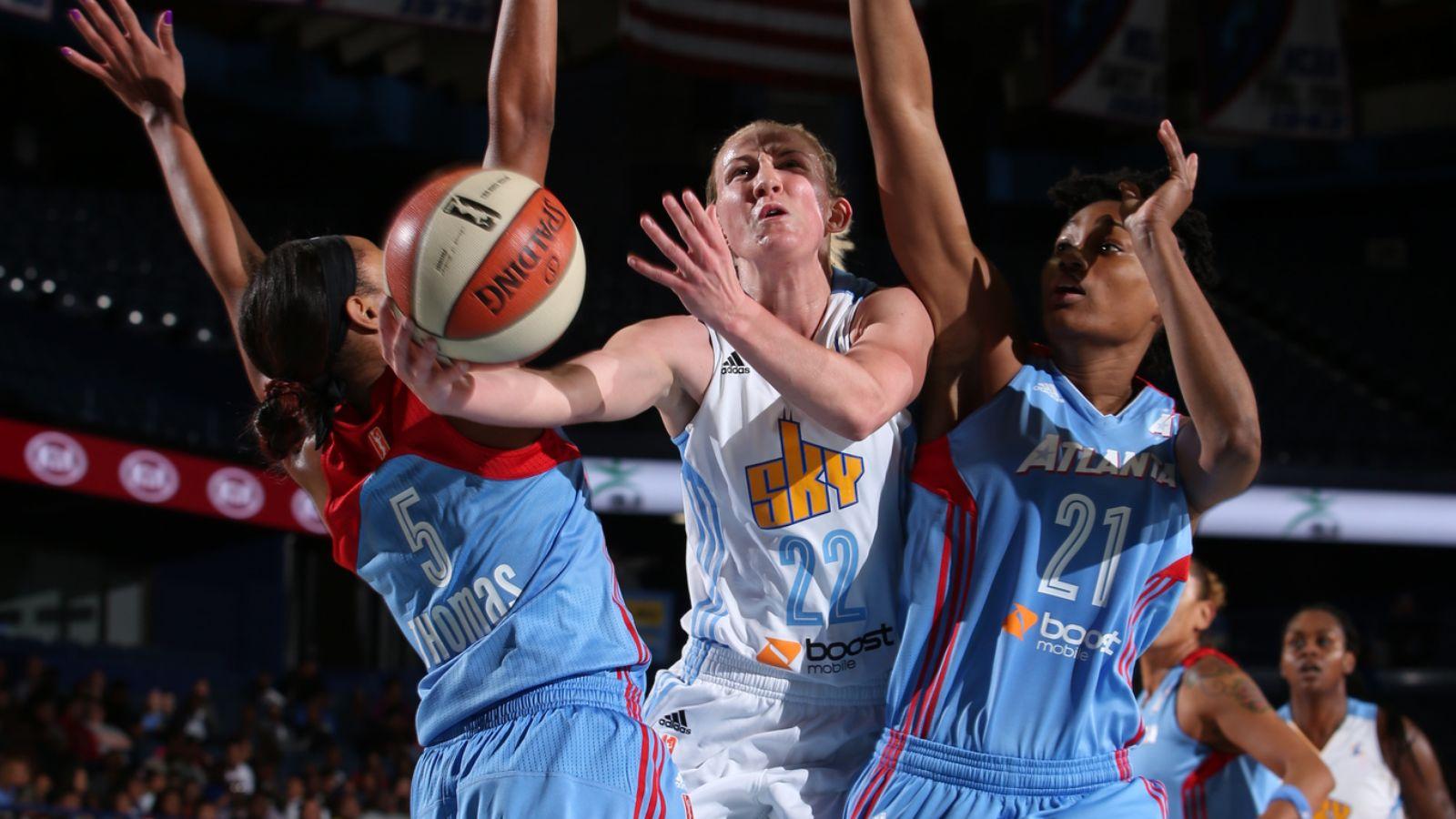 One of the most celebrated sports events of the year is the path to the National Basketball Association (NBA) finals. Basketball fans around the country don their favorite teams’ gear and earnestly tune in to every game of the tournament to see their teams through to the end. However, hardly anyone hears about the Women’s National Basketball Association (WNBA) finals. In 2014, the WNBA championship game had a record breaking 659,000 viewers while the NBA championship game had around 26 million viewers.

Additionally, the average salary of a WNBA player in the 2012 season was $72,000 while the average salary of an NBA player was $5.15 million. Why is it that our country as a whole is infinitely more fascinated by sports played by male athletes than their female counterparts? Why is there such an inequality in the popularity of women’s and men’s sports?

Before denouncing the media for their lack of respect towards women’s athletics, credit must be given where credit is due. There have been attempts to reach gender equality in sports, such as the creation of Title IX, which requires schools receiving federal funds to provide female students equal opportunities to participate in educational programs, including athletics. Now, more than 40 years after Title IX was passed, amazing headway has been made in females’ access to sports throughout childhood and college.

In 1971, the year before Title IX passed, about two in every 50 girls took part in high school sports; in 2012, the numbers increased greatly,  to about two in every five.  In 2009, 3.1 million girls, compared to 4.4 million boys, were playing high school sports in the U.S., up from 1.8 million girls in 1989. The trend is echoed in college sports, with a typical NCAA college fielding at least eight women’s teams today, up from two in 1972, when Title IX was enacted. Furthermore, women’s professional sports, including the WNBA, have developed a solid foothold in the larger sports marketplace. The U.S. has professional women’s basketball, golf, soccer and even football leagues. Generations of women are growing up with access to and passion for women’s sports.

Although female participation in sports has drastically increased, its importance in popular culture has remained stagnant. The root of the problem can be traced back to media coverage of female sports, or the lack thereof. Television both shapes and reflects the attitudes of our society. National networks broadcast thousands of hours of sports coverage each year to millions of viewers.

America’s leaders in sports coverage are giving nationwide instruction on what is important in sports; and their definition almost entirely excludes women. According to Dr. Nicole LaVoi, associate director of the Tucker Center for Research, about 40 percent of all athletes are women, yet only four percent of these athletes are featured in the media.

A study done in 2010 by the University of Southern California (USC) looked at three weeks of ESPN’s “SportsCenter” and six weeks of three TV stations in Los Angeles and found that 96.3 percent of the shows’ airtime was taken up by men’s sports while women’s sports took up only 1.6 percent of the time. Even the little ESPN ticker at the bottom of the screen ignores women, with 96.4 percent of the information dedicated solely to men’s sports, according to the USC study.

Sports are supposed to be about competition, strength, skill and determination — at least, that is the theory. But if that was reality, most of you would be almost as familiar with the name Natalie Coughlin as you are with Michael Phelps.  Natalie Coughlin is a fantastic swimmer. During the 2008 Olympics, she became the first American woman to win six medals in a single Olympics — and that’s on top of the five she won in 2004. She became the first woman to win the gold for the 100m backstroke in two consecutive games. Michael Phelps was featured on the cover of Sports Illustrated several times. Coughlin, not once. A search for Michael Phelps medals returned about 590,000 hits. A search for Natalie Coughlin medals returned 48,800. If sports media was truly unbiased and recognized all athletes equally for their achievements, Natalie Coughlin would be as much of a household name as Michael Phelps.

Online coverage of women’s sports has the power to be an equalizer, so that women’s sports do not take “precious” airtime from men’s. If TV broadcasters are really that worried about women’s sports taking time from men’s, then online sites should be covering more female sports in order to balance the scales. But sports sites often send the women’s sports fans down a navigational rabbit hole that leads to the bowels of the site. With the exception of tennis, and to some extent the WNBA, women’s sports are ignored or pushed aside. NBC Sports’ National Dog Show coverage is more extensive than its treatment of women’s basketball. In March of 2009, network affiliates ran 60 sports stories on men’s National Collegiate Athletic Association (NCAA) basketball. There was not a single story about women. The media has a huge presence within the realm of sports. How can we begin to think of women’s sports as anything but amateur if they’re given D-League attention?

A 2007 study by The SMART Journal about coverage of the NCAA basketball tournament on FOX Sports perfectly captures it: “The way sports are covered and reported plays a huge role in how female athletes and female sports are viewed by society.” Sports media is not waiting for us to get interested in women’s sports, it is creating our apathy.

However, there is hope that the winds are shifting. The 2013 Women’s Open Final had more viewers than the men’s and the WNBA has an ESPN deal through 2022.

At the signing of the WNBA broadcast extension in 2013, ESPN president John Skipper said, “We’re putting a commitment of our time on the air, commitment of our… company, to continue to help grow women’s sports and the importance of those sports in this country.”

We’re thrilled to hear it, but we want more. We need more women’s sports on TV, in the news and in front of our young girls. Not only will this encourage the next generation of female athletes, but it will begin to narrow the divide in how our nation regards women’s and men’s sports.