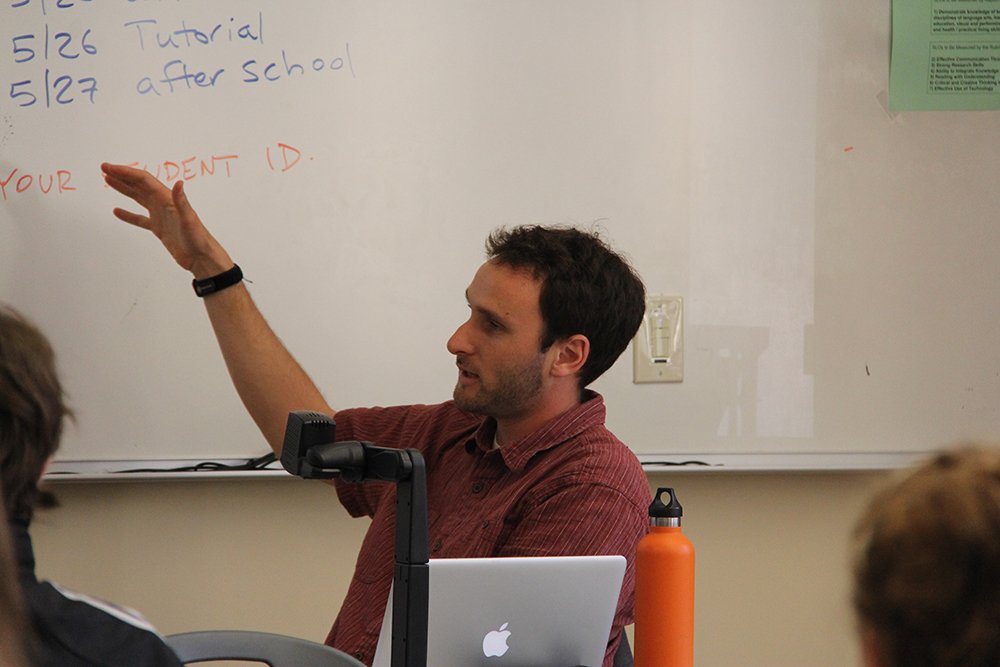 Alexander Davis, as well as the other AP Macroeconomics teachers, do not incorporate a personal finance unit into the year long course which would benefit seniors.

YES: Should makeup tests be harder than original tests?

While makeup tests serve as flexible alternatives for students to take tests at a later time, questions on these makeup exams should be more difficult in order to prevent students from receiving advantages from missing regularly scheduled exams.

Taking an exam a few days after its scheduled date gives a person key advantages over those who take it on time. In the interest of fairness, these advantages should be eliminated so that all students have an equal opportunity to succeed on a tests.

A major advantage that comes with taking a makeup test is simply the number of extra days that one has to study. For someone who takes the test one week later than the scheduled date, that student has had seven extra days to study the same amount of material as the student who took it on time.

Any student who has experienced and understands procrastination knows that a single night can virtually take one from neophyte to prodigy, let alone seven days. Students with extra time should be expected to have more knowledge on the topics because they have had a longer period of time to study.

To offset this temporal advantage, it only seems logical for students who make up tests to be tested on more difficult concepts. This is not to say that these problems or questions ought to be drastically more difficult, but the level of some of the questions should not be of the same or lesser difficulty as the original tests.

Another advantage students who take makeup exams gain is the ability to cheat. This does not imply that every person who takes a makeup exam will cheat, but the possibility of cheating is significantly amplified by the opportunity to converse and interact with students who have already taken an exam.

If these questions are different and potentially harder, a person attempting to cheat on this test will gain no benefit from taking the makeup exam and will not be able to cheat because ultimately, input about the first test will not help them on the actual makeup test.

The act of including more difficult questions and concepts on the makeup exams is an inherent deterrent to students because it adds incentive to take the test on the scheduled day during class.

Makeup tests should generally be treated as an option for emergencies only. What many students seem to have lost sight of is the generosity and flexibility that teachers are showing by allowing students to take tests at a later time, and students ought to respect that gesture by only missing tests when absolutely necessary, such as health and family problems or a particularly heavy workload.

Throughout the years, it seems that an increasingly high number of students have become comfortable with asking for an extension for illegitimate reasons. However, if teachers were to make the makeup tests more difficult, students would be more motivated to take the test on time and only ask for extensions in the case of extreme scenarios.

Overall, the implementation of more difficult test questions on makeups would immediately offset any advantages given by the makeup option by reducing the temporal advantage, reducing cheating tendencies and motivating people to take tests in a timely manner.