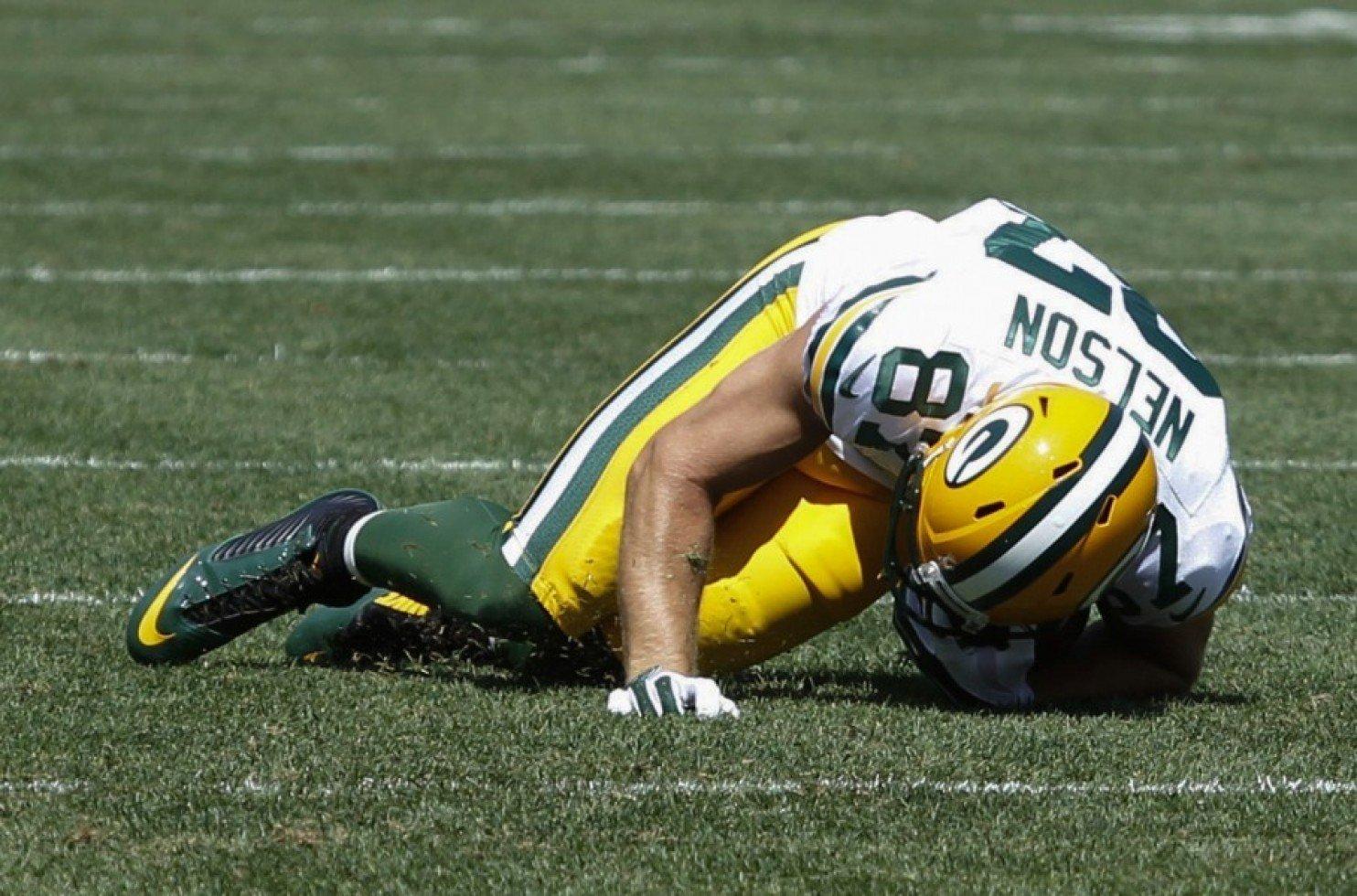 Star wide receiver Jordy Nelson tore his ACL during the Green Bay Packers’ third preseason game, taking him out for the season. This is a major loss for the Packer’s offense.

NFL preseason should be terminated

Sports
September 18, 2015
For many fans of professional football, keeping up with their favorite teams every week is a time-consuming task during the regular season. Many fans constantly check their phones for score updates and compare statistics and argue about them with each one another, too. So with the first game of the National Football League (NFL), the craze will begin.

In the month leading up to the madness, every team participates in four preseason games. In these games, teams face each other like they would any other game. During this period, back-up players are given more playing time and coaches are more flexible with their play calls as well. However, losing a game will not affect a team’s chance of participating in the playoffs. Unfortunately, because there is no pressure for teams to win and the record does not count towards the regular season, the viewing audience is much less substantial than the regular season.

Many players and fans have expressed displeasure in these preseason games for a number of reasons. [pullquote speaker=”” photo=”” align=”left” background=”on” border=”all” shadow=”on”]If a player were to be seriously injured, not only is he unable to play the rest of the preseason, but he is also sometimes out for the entire season.[/pullquote]

For one, although these games have lower stakes, players are just as prone to getting injuries. If a player were to be seriously injured, not only is he unable to play the rest of the preseason, but he is also sometimes out for the entire season. So far, in this year’s preseason, three stand-out players have already been injured, who will now have to sit out for the entire season. Not only is Jordy Nelson the lead receiver for his team, the Green Bay Packers, but he is also one of the major receivers in the entire league. Recently, Nelson tore his ACL in a preseason game, rendering him incapable of playing for the entire year. All-Pro center Maurkice Pouncey of the Pittsburgh Steelers also suffered a disappointing lower leg injury and won’t be eligible until week nine of the regular season. This is also a major blow to another franchise. Not only have fans expressed their displeasure for the preseason, but many players have spoken as well.

“It’s difficult to lose a guy like that in a meaningless game,” Green Bay Packers quarterback and former Most Valuable Player Aaron Rodgers said at during press conference after the game. “This game doesn’t mean anything.”

Rodgers has suggested shortening to half its previous length, and many other people agree that it should be shortened or abolished to prevent further injuries. Preseason should be removed because the risks the players are taking outweigh the benefits of the preseason. Players should not be risking their well being to play games where there is a smaller audience and nothing at stake.

So why is the NFL’s preseason still implemented in the game today? Another common opinion has to do with the revenue produced. Tickets to each preseason game are priced the same as regular season games, and season ticket holders are forced to pay for preseason tickets as well, other than a few exceptions such as with the New England Patriots. The NFL and owners also receive funds for broadcasting these games, and the merchandise that is purchased associated with this excitement. Many believe this to be the leading reason why the preseason is so long or even exists, since the NFL has developed a reputation for squeezing every penny out of fans and viewers, making more money than any other sport.

However, some also argue that these games are played because they are some of the most important games for certain teams, players and coaches. During this period, players are competing for spots on the team, and the coaches need to cut the teams to a 54-man roster. This is also an opportunity for coaches to try different offenses, defenses and play styles.

While both of these arguments are valid, there are easy alternatives to these ideas and good reasons to consider the alternatives. In some cases, when the owners of teams try to profit from preseason games, it can end up backfiring. Should a key player be injured to the extent that they cannot participate in the playoffs, it can potentially damage the teams likeliness of succeeding during the regular season. If this happens and the team begins to do worse, ticket sales will decrease as well as merchandise sales. If the team does not make the playoffs, the owners will not receive the large bonus checks they would for their efforts. Also, although these games do give opportunities for some members of the team, players are still able to fight over spots, and coaches can try different play styles during practices and scrimmages. [pullquote speaker=”” photo=”” align=”right” background=”on” border=”all” shadow=”on”]Another common opinion has to do with the revenue produced… Many believe this to be the leading reason why the preseason is so long.[/pullquote]

For both players and fans, preseason games offer limited value for the game itself. In most cases, NFL fans lack interest in these preseason games since they are unrelated to the success of their team. The possible effects of preseason games on players can be extremely detrimental to the teams even before the regular season begins and the games start to count. Although some argue that these games are necessary for the process of finalizing a roster, they really serve as  a ruse for owners to gain more profit. The NFL’s preseason should be banished to avoid putting players’ health at risk in order to produce excess income.