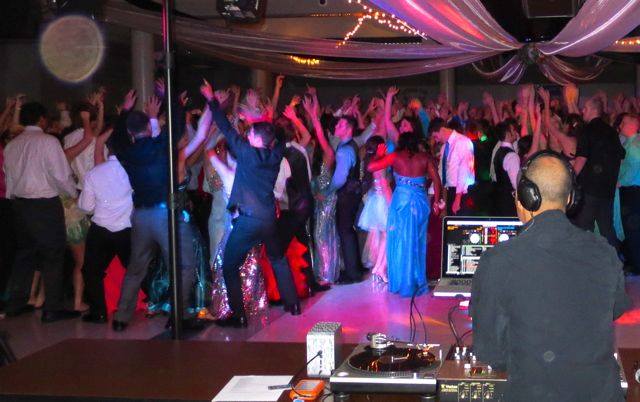 Students relieved Back to School Dance is cancelled

Opinion
September 18, 2015
The Palo Alto High School Back to School dance has been around for years, with little attendance by students and depriving the students of money for new activities.

As a Paly student, many are glad to hear that the Back to School dance has been cancelled for the second year in a row. This is due to the lack of attendance in previous dances and the demolition of the gyms, leading to a lack of space.

Incoming freshmen think their first Paly dance will be similar to these hosted by their middle schools, where everybody is mingling and prepared to have a great night.

In reality, the Paly dances, aside from Homecoming and Prom, consist of awkward conversations with strangers and reminiscing about middle school dances.

Student Activities Director Matt Hall said there has been low attendence in the previous years for the dances.

The Sadies attendance last year was around 200 students, and in the previous years only a small percentage of Paly students have shown up at the dances, while even fewer stay for the duration of the dance. If such a low number of students are attending, then the dances should be eradicated completely to make room for new activities that students will enjoy and attend.

Why continually waste money on dances that majority of the students do not attend? Many may say that it was an easy way to garner more money to subsidize more dances in the future. However, a much better use of funds could be put to the biggest dances, such as Homecoming and Prom, and more unimportant dances could be eliminated.

Associated Student Body (ASB) has made the decision to remove the Back to School dance and hopefully will eventually abolish the rest of the second-rate dances, with the exception of Homecoming and Prom.

Although many people may think that by taking away the majority of the dances there will be fewer possibilities for underclassmen to take part in school activities, this would make the main dances, Prom and Homecoming, more significant. It will make underclassmen as well as upperclassmen value the remaining dances much more. There will also be greater freedom for other activities on school premises that the majority of students will end up attending.

Another issue with the preservation of the dances is absence of locations for the dances to be held. The ongoing renovations of both of the gyms leaves ASB without a venue on campus to host the dances. Finding an external venue takes away even more funds that could be going to other activities students will take part in.

“We usually break even or lose money on most dances. That’s because we’re subsidizing tickets for people who can’t afford to pay for them, and we’re usually breaking even or going below market price. If we made prom a for-profit business, it would be $200 a ticket,” Hall said.

By abolishing the Back to School Dance, ASB can conserve money for schoolwide activities and spend it on something students will attend and appreciate more.