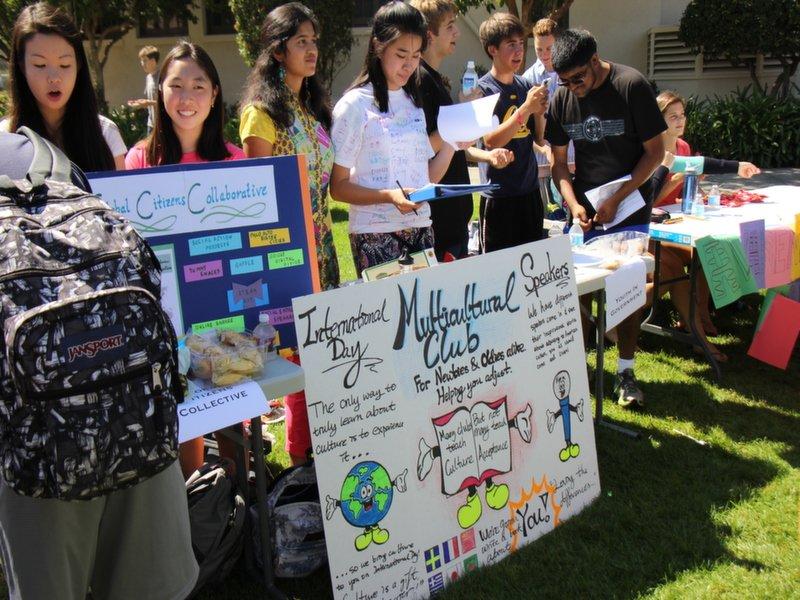 Students from the Multiracial Club recruit members at the annual fall Club Day.

Several new student clubs have been added at Palo Alto High School this semester, including the Untaught History club and Wilderness club.

“I found that [the AP U.S. History] curriculum…was lacking in diversity, particularly because we failed to discuss the AIDS crisis,” senior Clare Kemmerer, president of the  Untaught History Club said. “I wanted to show kids that everyone has a history, because that’s one of the things that made me fall in love with the subject.”

“I know to many students it’s a mandatory core class, not a love, and I want to change that,” Kemmerer said.

The Untaught History club is hoping to attract students who are not only excited about history, but also members who are willing to learn about student leadership.

By combining leadership and history, passionate students will be able to teach other club members about topics that interest them.

If you are interested in Untaught History club, look out for them at the quad during the annual fall Club Day on Sept. 21.

Another new club this school year is the Wilderness club, where students who are interested in the outdoors can explore wilderness conservation.

Presidents and founders Teddie Stewart and  Clara de Martel were motivated to start the club in order to expand their love for nature to the school.

“I really enjoy backpacking, hiking, rock climbing… and I wanted to find more people at Paly who enjoyed the same thing,” Stewart said.

Stewart believes that her club could be a possible answer to the recent epidemic of student stress across the school.

“[I] wanted to introduce the outdoors and everything that goes along with that,” said Stewart. “[The wilderness is] a really great stress reliever and a good place to go and find peace and I wanted to share this with the rest of the Paly community.”

According to Stewart, liability issues play a big part in club activity restrictions.

“We wanted to go on hikes with our club and wanted to even take a backpacking trip at the end of the summer or something cool, but we can’t do any of that stuff with that club because legally if someone gets hurt they can sue us,” Stewart said.

Even though backpacking trips are not going to happen during school hours, the Wilderness club still has excitement planned for the duration of the year.

The Wilderness club meets twice a month on Mondays during lunch in Ms. McDermott’s room.

Stewart hopes to discuss wilderness conservation and the Sierra Club on meeting days and to get guest speakers to talk with the club.

To find out more information about both these clubs, look for them during Club Day..