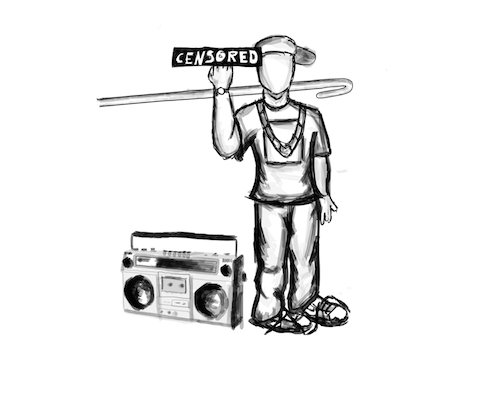 At Palo Alto High School, Spirit Week is the highlight of the year, relieving students with a week of togetherness and festivities. Spirit Week is a memorable experience for many, dressing up from babies to senior citizens, and is about the creativity and participation of the students in each class. Bans on creative themes such as “Gold Chains” by administration lead to misperceptions of who has the last say in what the students do during the week. Without cooperation and agreement between students and administration, students will not want to comply with rules during Spirit Week. With the recent ban of the “Gold Chains” theme for the junior class, students are confused as to whether or not Spirit Week truly represents the interests of the students.

In a recent Facebook post following the first junior class Spirit Week meeting, it was announced that the infamous “Gold Chains” idea would no longer be a viable theme.

“Mr. Hall managed to take the idea to the entire admin team, and it was a unanimous vote that Gold Chains will not be a theme option for our Spirit Week,” junior class president Noa Ben-Efraim wrote. “[Administration’s] main concern, as was voiced in the meeting today, is that the theme is too problematic when it comes to implementation.”

Administration’s abuse of their power to veto theme ideas has angered many students, driving them to speak out against the unclarity of administration. The vague statement made by the administration that the Gold Chains theme was “too problematic” to be a viable theme does not deserve a respectful reaction from the students. The students of the junior class deserve detailed reasoning to reinstate their participation in Spirit Week.

The past two years, the themes for the Class of 2017 have been easily agreed upon by the majority of the class. Eliminating popular theme ideas, however, is likely to enrage a large portion of students who are passionate for that class theme. This process of administration single handedly discounting ideas from a class of over 500 students does not work out most of the time. Students, having more of a laid back perspective on discriminations in their themes, lose their enthusiasm after the administration shoots down their unique ideas.

When the administration shuts down a popular theme without giving the students an equal say in whether they should allow it or not, students may believe administration does not accurately represent student opinion. This may build a misconception in students’ minds which creates complications in cooperation between both parties.

The ASB process of creating a unique Spirit Week experience for the students every year has worked somewhat efficiently for the past two years. The administration often has to interfere with the finalization of theme ideas, which corrupts the majority student vote. This system needs to be diverted from administration’s absolute rule, yielding creative contributions from more students from each class knowing their ideas will not be shot down.

Confusion around who is calling the shots brings the rhetorical question, “Who really runs Spirit Week?” Spirit Week is a difficult time for the administration to avoid discrimination, but with the administration enforcing such parsimonious restrictions on the creativity of the students, they may be discouraged to participate.

From student’s point of view, ASB and the inauguration of Spirit Week rules can seem corrupt, excluding the student body from determining the themes they wish to choose. Be it Spirit Week or any other week, it is ultimately up to the students to behave responsibly, and thus Spirit Week themes should not be one of the concerns of the administration.