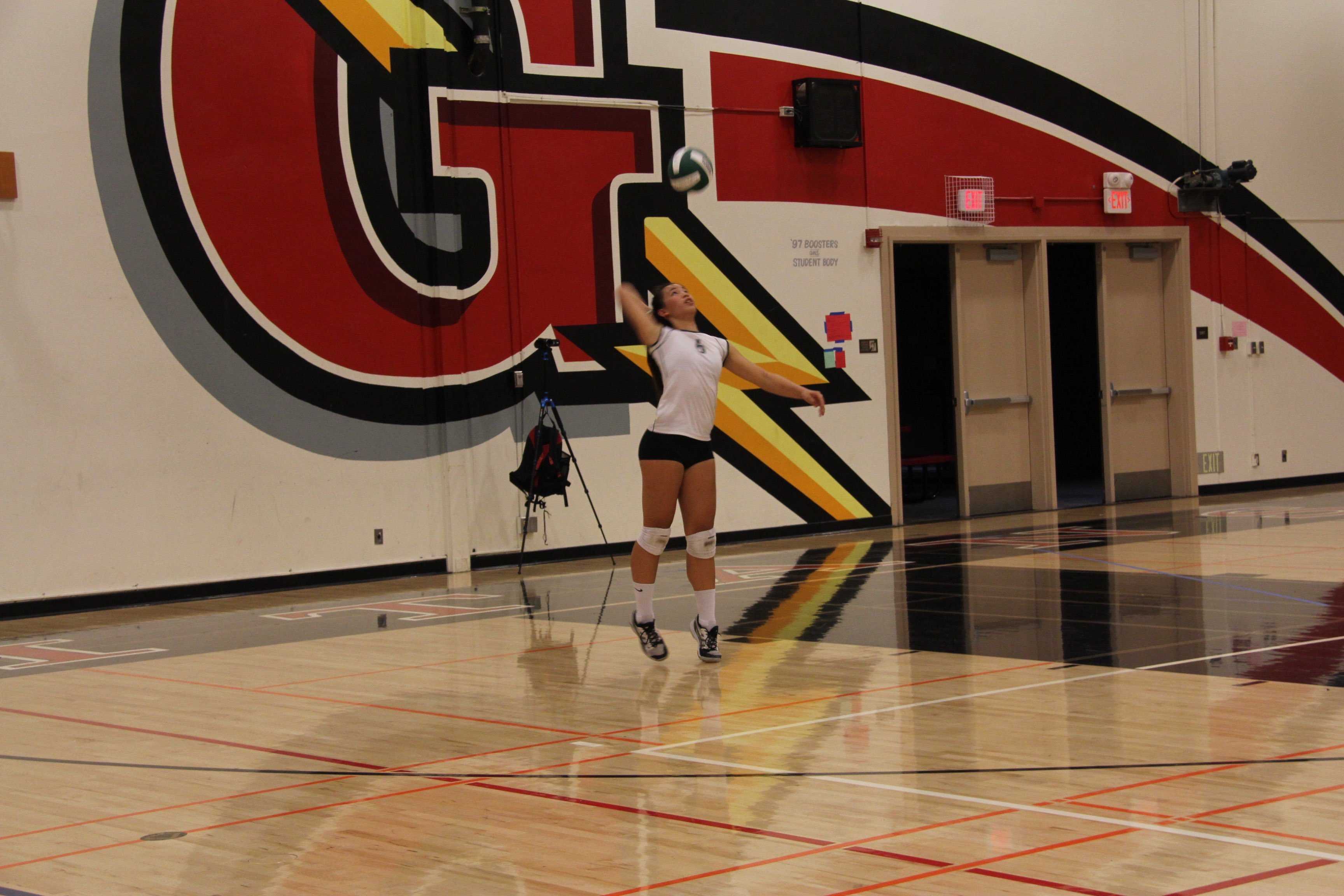 Setter Jessica Lee winds up to serve in a volleyball match against Gunn High School.

Palo Alto High School’s volleyball team has played very well this season and has won two of their three games so far. In their game against Homestead High School on Oct. 1, Paly won 3-0. The first game they won 25-19, the second 25-17 and the final game 16-25. Sophomore Chelsea Fan played a dominant game, scoring 13 points for Paly overall.

The team has been practicing hard and dedicating a lot of time into becoming the best team in the league. Currently they are ranked seventh in Division 1 of the Central Coast Section (CCS).

“I think we have a good chance to win [SCVAL],” coach Jekara Wilson said. “There are a lot of really good teams in our league but we’re definitely a top contender.”

The team has had a good start to their season. The team dynamic only increases every practice and they are looking forward to beating many other schools in their league.

“I think we work really well together, but a lot of us have quiet personalities, so it might take some time before we’re really comfortable playing together,” Fan said.

While there are many returning players, those who have inexperience on a varsity sport are still trying to find their place on the court with the rest of the team.

“We’re doing really well so far,” senior Bryce Rockwell said. “I think that if we put in the time and effort, and really fulfill our potential, we could get far in CCS playoffs.”

The team is made up of very talented individuals. The question is whether the team can work together to create the ultimate united team. Wilson believes that the team needs to work on specialized skills, such as passing, more.

“I think our chances of winning [SCVAL championship] are pretty high,” Fan said. “The only thing that might get in the way of that is if we don’t focus and play hard.”

Sometimes when an opposing team is rumored to be good, it affects the mental game and team flow.

“Most of the game is mental and sometimes we let our emotions get in the way of the game since we have a lot friends that play on opposing teams,” Fan said.

Practicing in Henry M. Gunn High School’s Bow Gym has its challenges and the team is definitely fighting the uphill battle. Receiving support from fans has been tough because all home games are no longer held at Paly. However, the girls have been advertising their games very well and have received lots of support from classmates, friends and family.

“I think overall as long as we do well in SCVAL we should do pretty well in CCS,” Wilson said.

The team has an optimistic outlook on where they are headed, and hopes to head in the right direction.