Hackathons: Marathons For The Mind

Glowing screens fill a poorly ventilated room. The clock strikes midnight, but all one can hear is the typing of keyboards and the clicking of mouses. Dozens of software engineers and computer programmers sit hunched over tables littered with granola bars and energy drinks. These engineers are in fact, not in a sweatshop, but are participating in a hackathon — an event in which people interested in software engineering gather together to work intensively on a project. 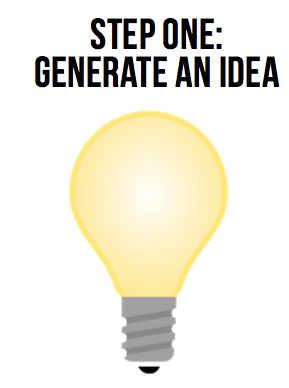 In a typical hackathon, large numbers of coders congregate within a dimly-lit room around noon. They chat, eat and discuss possible ideas for the upcoming event. Junior Brian Tracy attended his first hackathon last year when he was interning at a technology firm.

“A hackathon is when a group of people get together and in a really short time they make a really cool project that they normally wouldn’t have time to do,” Tracy said.

After about two hours of chatting, the real work begins. Coders grab their friends or those they brainstormed with previously and form a group. Some people choose their teammates beforehand, whereas others do so on the spot. The newly formed groups have one goal: create a usable application within 24 hours.

And so the madness ensues — groups rush to come up with creative ideas and find people with specific skillsets.

“The most difficult part of programming is not the programming itself but coming up with the idea that you want to do,” Tracy said.

Regardless of the type of project, the time limit is the first thing on everyone’s mind.

Around 11 p.m., people begin to settle down, having finalized their ideas and found everyone necessary to realize that idea. The groups’ rooms are silent, save for the incessant clicking of mice and keyboards. For people like junior Kent Slaney, the time between 11 p.m. and 1 a.m. is the most productive and crucial period of the entire hackathon.

“You get to solve problems, and you get to program in a good environment without distractions,” Slaney said. “It’s like coding, but less diluted.” 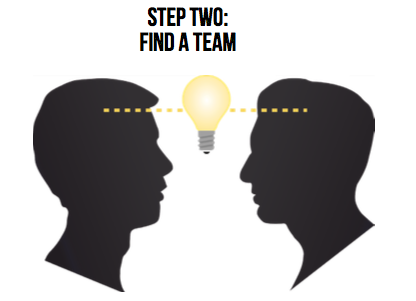 Around 3 a.m. the next day, people are tired and cranky, having gone a day without sleep. Unfortunately, this is usually when problems in the code start to occur. Harsh words and occasional screaming permeate the silence as teams realize that there are huge flaws with their ideas.

“There’s the sole difficulty of solving the problem and getting it done correctly, but there’s also a time constraint so you can’t do everything perfectly,” Slaney said. “Sometimes you have to make compromises.”

By 7 a.m., however, the room is alive again, and team members resume frantically communicating with each other in order to finalize their ideas. Senior Emma Wagstaff emphasized that people who are not programmers play a key role at this point by helping to design graphics or to help come up with ideas for an interface.

“[One misconception] is that you have to be a programmer to go to a hackathon,” Wagstaff said. “A lot of the times you want people with other skills.”

At 9 a.m., all teams either submit their  work or are disqualified. Coders either hang their heads in shame or give each other frail high-fives, hands shaking from excessive consumption of coffee and various energy drinks. Awards are given to the teams with the best apps and the winning teams gain fame, recognition, job offers or funding from venture capitalists who have come to witness the event.

The term “hackathon” was adapted from the term “marathon” because both events are a test of endurance that leave the participants exhausted at the end.

Yet, many of the participants are young adults or teenagers, a demographic that is better known for watching Netflix and eating pizza. The increase of interest in hackathons is strange because coding is often tedious work that requires a lot of time.

However, hackathons have taken off across the Bay Area, resulting in many quality applications. The popularity of hackathons can be attributed to two factors: excitement and recognition.

“At hackathons people kind of go crazy,” Wagstaff said. “You stay up all night, you eat a ton of sugar and you find your inspiration and do something. Plus you can get money!”

Hackathons create a similar vibe, driving the participants to work at a fast pace for long periods of time without rest. This is exciting to many, especially to younger demographics. Unlike marathons, which push the body to the limit, hackathons challenge the will of the mind.

When the coding period comes to a close, there is a finished product that the participants can show off. The product is a reflection of a coder’s skill, and is even more impressive considering the amount of time that was given to create the product.

“At hackathons it is really amazing to see the power of technology and what can get done in such a short amount of time,” Tracy said.

Winning a hackathon, or even showing off one’s product can gain a participant jobs, funding and recognition.

“If you’re in business, it’s a great place to start something,” Wagstaff said.

For non-professional coders like Slaney, Tracy and Wagstaff, hackathons provide a distraction-free environment to focus on coding. They find a lack of obligation liberating and at times, even fun.

y you have homework in the background or you’ll have dinner, whereas at a hackathon it’s very single minded and very dedicated and you only work on [the code] without the rest of the world and it’s very satisfying,” Slaney said.

Hackathons provide a fast-paced environment for a variety of creative ideas to be developed, as well as a setting to learn, work and interact with others. Ultimately, they provide people with a chance to create and solve unusual problems while having fun.

“I decided to code because it’s a whole new class of problems I get to solve and a whole new way of thinking that’s different from math or science,” Slaney said. “It’s very satisfying figuring out the solutions to a problem and getting to enact those solutions without the constraints of a million dollar budget.”