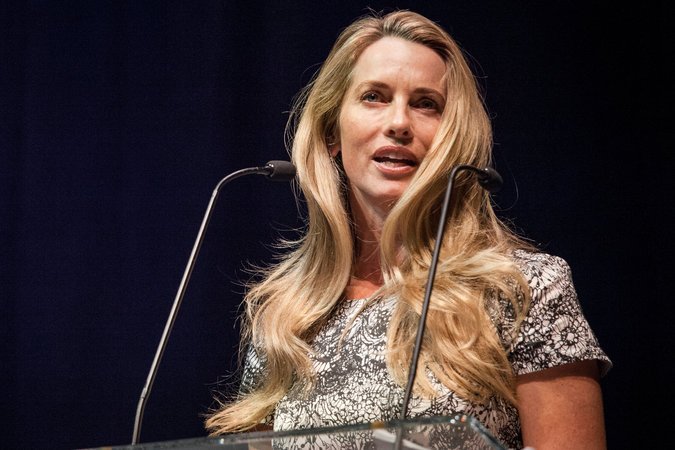 News
October 12, 2015
In the last month, Laurene Powell Jobs, XQ Institute’s chair of the board of organization, committed $50 million to XQ: The Super School Project, a campaign to modernize and improve American public high schools.

According to its website, The Super School Project prompts parents, pioneers, entrepreneurs, teachers, business leaders, administrators, youth and education experts to help redesign American schools. Using knowledge and creativity from numerous people in different fields, the project aims to rethink the current education system and curriculum to make it more in tune with current industries.

The program’s website explains that “in the last 100 years … women have strengthened the work force,” “the US has welcomed nearly 250 million new people” and “we’ve gone from a model-T to a Tesla and a switchboard to a smartphone,” but “high school has stayed frozen in time.”

The project takes a start-from scratch approach, hoping to completely rework America’s high schools. Founders of the project believe that modern industries value critical thinking, intellectual curiosity, innovation and self reliance. To improve alignment between schools and industries, the project hopes to make use of the American high school system to teach students these valuable skills.

“Together, we have an opportunity to help fuel a movement for students, to inspire great high schools and even to rethink school itself,” Jobs said in an interview with KCENTV. “Our passion at XQ is to help educators everywhere foster students who are curious, engaged and creative — armed with the new literacies, knowledge and skills needed to thrive.”

Alongside Jobs is a team of advisors led by the XQ’s Chief Executive Officer Russlynn H. Ali, a former assistant secretary of the Office of Civil Rights in the Obama administration.

Teams of students, educators and leaders will submit ideas and plans to change schools over the next few months. By next fall, a group of judges will pick five to 10 ideas to finance. The project will give money to build at least five new schools over the course of five years. These new schools will be public schools, but it is undecided whether or not to make them charter schools and where they will be located. According to Ali, a specific goal of the project is to narrow the incongruity in academic achievement between students of different racial, ethnic and economic backgrounds.

Founders of the project believe the gap between America’s education system is not only apparent to educators and people in the workforce, but also to students. They believe that what students want for their futures is far from what is offered in their high schools. The Super School Project, they hope to close that gap.

“We are inspired by young people yearning to be prepared for a world they haven’t begun to imagine, and we want to honor their spirit by unifying around a common vision to find and celebrate the models for high schools that will truly prepare all our students for today and tomorrow,” Ali said in an interview with KCENTV.

According to some students at Palo Alto High School, it’ll be a long time before that gap will be closed.

“There’s much more than a call to action that’s needed to reform high school education,” senior Kelsey Wang said. “There may be successful efforts to improve a few high schools in the nation, but it will be difficult to implement a more creative approach to education on a country-wide scale.”

“It’s not going to be easy, and from a student’s perspective, it might be hard to adjust too quickly since we’ve been taught by [the traditional] system for years,” senior Minyoung Kim said.

Despite the possible challenges XQ may face, the aim of the campaign remains the same.

“We want to make high schools back into the great equalizers they were meant to be,” Ali said in an interview with The New York Times. “The point is not to have some predetermined outcome. The hunger for change is real, and we’re offering up the tools to communities to make it happen.”