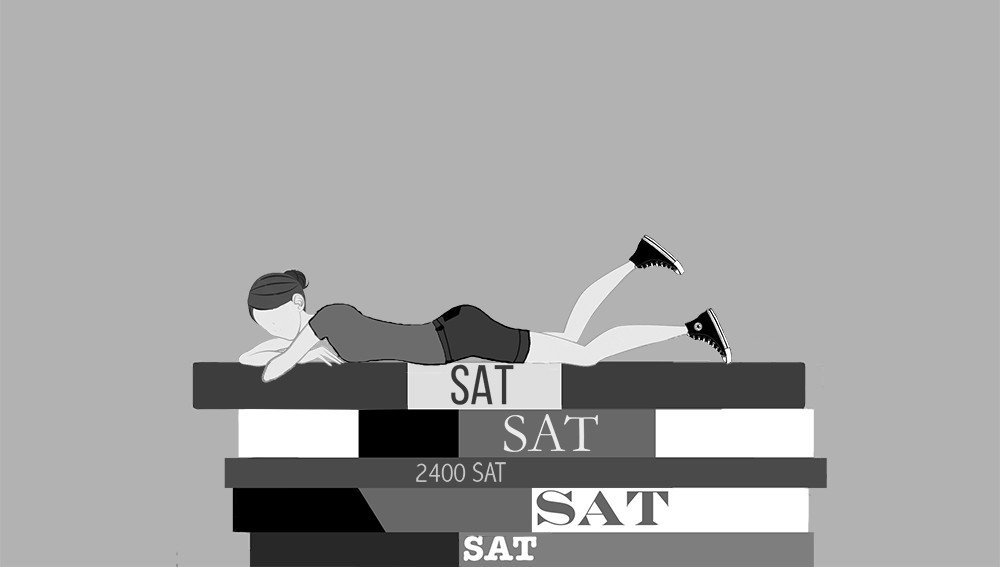 The looming and sacred rite of passage for high schoolers who  seek higher education — the SAT — is about to get a makeover that would make Miley Cyrus proud.

The debut of the new SAT in March 2016 will feature a complete overhaul of current testing structure, changing everything from time limits to difficulty of vocabulary questions. It is thus unreasonable to expect the current generation of high schoolers to adapt to such a massive change so quickly.

The College Board, the organization which develops and administers the SAT, is aiming to develop the SAT into a more practical test. This means testing knowledge on concepts that are more common in various career branches, such as engineering and science. Currently, the SAT does not have a science section, unlike the ACT, the other primary college entrance exam. The ACT is experiencing a surge in popularity as changes implemented in the new SAT are deterring students. Effective March 2016, the scoring range will be between 400-1600, reverting back to the original 1600-point scale that preceded the current 2400 scale. Elimination of the guessing penalty is being instituted into the new SAT, one will no longer be penalized a quarter of a point for guessing. The College Board is also eliminating obscure vocabulary words on the SAT— words like “blovious” and “dilettante” will be replaced with less esoteric words. There will be an optional separately scored writing test, much like the ACT. Finally, an online version of the test will be available to students as an alternative option.

The Class of 2017 is impacted by far the most due to the change. It is not atypical for juniors to take the SAT two or three times during the course of the school year. Now, for juniors, the logistics of taking the SAT are incredibly tough — they can only take the test twice at most before the new test is implemented.

[pullquote speaker=”” photo=”” align=”left” background=”on” border=”all” shadow=”on”]Juniors have little time to prepare for the new test, which will be obsolete in four months.[/pullquote]

Furthermore, test prep for the new SAT was only released this past summer and does not allow adequate preparation time. Juniors have little time to prepare for the new test, which will be obsolete in four months, and even if they are studying for the newer version of the SAT test, there is still a time crunch.

While trying to shift to the new test, judgements of scores are very elastic and with the first few years of testing, colleges will not have a baseline for judging scores, which will cause immense variation between colleges’ views on scores. When one graduates from high school after a labor-intensive four years, they do not have room for uncertainty.

Another pitfall that results from the implementation of the new SAT is the fact that some colleges simply will not accept the current SAT anymore after the Class of 2016 applies. If one performs well on the current SAT, one may have to rethink where they are applying.

High schoolers already undergo a great deal of pressure, and this revision to the SAT creates more work and places more undue stress on both students and college admissions officers alike. It is unjust to students to undergo a complete overturn of a standardized system of testing, but to also add insult to the injury, it is unfair for students to have to submit scores to colleges considering colleges do not already have an established guideline for judging new SAT scores.

In order to compensate for the difficulty of adapting to the new SAT, colleges should be accountable to accept current SAT scores for all who submit it regardless of what year they graduate in. Colleges which are not accepting current SAT scores after the new test’s deployment are creating an unfair disadvantage for any applicants who are taking the SAT. In addition, colleges should be flexible and understand that the current generation of high schoolers had to undergo testing during a tough transitional period.

Students should feel free to choose whichever test they feel most comfortable with, and the implementation of the new SAT’s logistics puts unfair stress onto students, particularly juniors, who want to take the SAT.