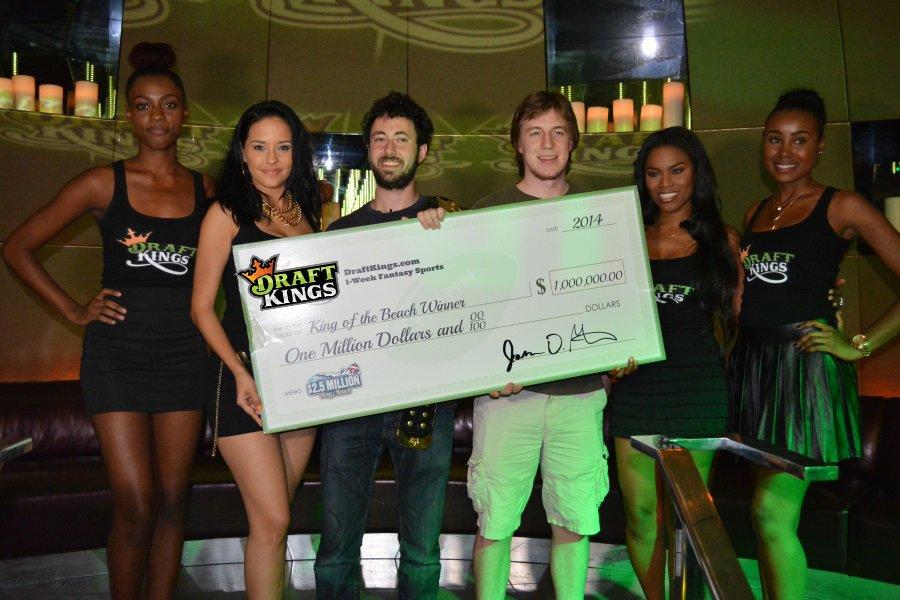 Winners of the King of the Beach Tournament receive the grand prize of $1 million.

Sports
October 30, 2015
Daily fantasy businesses have harbored majorities of normal fantasy football and baseball participants, raking in over $2 billion in revenue in the past year. Daily fantasy sports attract customers willing to place bets on day-to-day basis on players in sports leagues. After customers buy in, daily fantasy companies let the gamblers assemble a team of players and pick their own lineups given a “salary cap.”

Each player on the fantasy team has a value that varies depending on the player’s daily or weekly performance. The website tallies up the points for the team based on each player’s performance and places the user in the pool of millions of other users, giving or taking money depending on their team’s success.

If the users are not placed as highly as they bet, they lose their money. Daily fantasy has expanded normal fantasy sports into a gambling platform with huge sums of money involved. Daily fantasy practice is legal in 44 states and the companies that provide this service claim that the game takes skill, with users intensely studying stats to pick lucrative lineups. In 2006, Congress passed the Unlawful Internet Gaming Enforcement Act (UIGEA), which prohibits gambling businesses from accepting bets or wagers over the internet. This law effectively shut down the online poker and sportsbetting companies in the United States, although the was established before daily fantasy was created, making the illegality of the companies confusing. In actuality, this law ironically ends up protecting daily fantasy games.

In reference to what people can place bets on, the law states, “The contest cannot be based on the score, point spread or any performance of a single real team or an individual athlete in a single real sporting event to get points.”

In these daily fantasy games, the gamblers pick their team based on who they think will do well in the sport.

Therefore picking the right players based on prior knowledge and study is considered skill and thus distinguishes daily fantasy from other, illegal gambling services. The reason daily fantasy is considered to require skill is that the team the user assembles is a “fantasy” team. U.S. Attorney Preet Bharara is investigating highly profitable companies such as FanDuel and DraftKings for illegal online gambling.

Bharara is determined and motivated to prove these companies violate federal law, examining the balance of skill and chance when the gamblers pick their team.

Since the team does not exist in a real sports league, the “fantasy” lineups are picked through knowledge of the game and the sports league, not a guess.

According to an article published by Fortune, “DraftKings CEO Jason Robins has said that he welcomes oversight of the industry. But he also likely did not anticipate just how much oversight and scrutiny of this business would come in such a short time period.”

The popularity of daily fantasy is in part responsible for losses in casino profits and is thus banned in six states, most notably in Nevada. Nevada game regulators have risen to defend their profitable casino taxation by prohibiting usage of daily fantasy websites without a license. Those who do not comply with these laws could face felony fines and up to 10 years in prison. The daily fantasy companies are able to obtain licenses and permission to continue their service, although this would go against their claims that the betting has to do with skill. If the companies acquire licenses, they will stand in direct contradiction to their previous advocacy, leaving them vulnerable to a guilty verdict for violating the UIGEA.

Daily Fantasy can be considered one of the most profitable loopholes of online gambling in the United States and are dominating the face of normal fantasy sports and forcing money into smaller competition. competition.