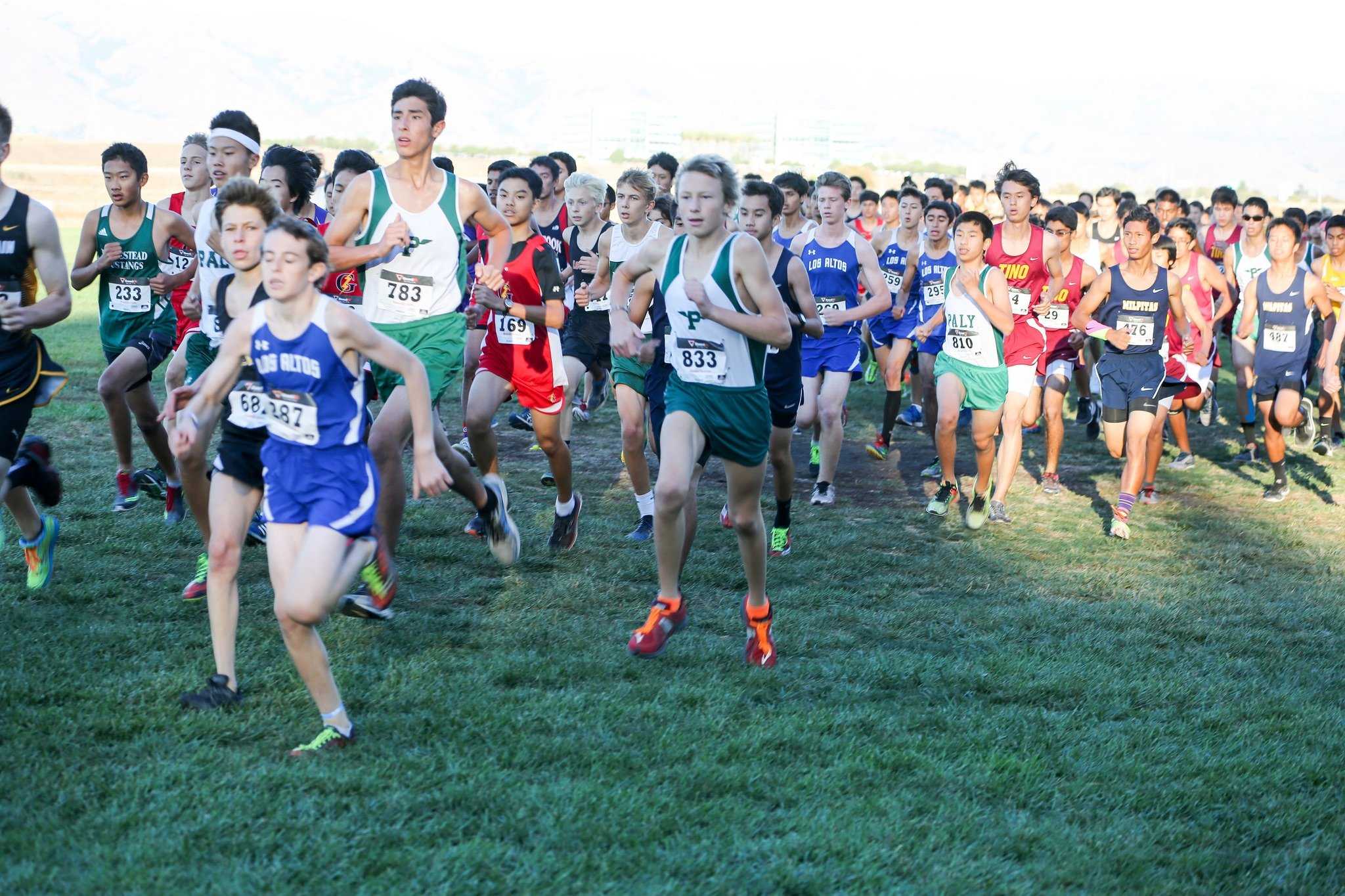 Sports
October 30, 2015
&#8220;Just throw the ball harder,” the coach says to the athletes practicing drills on the field. The team members look to each other for help but continue to practice, not improving through the coach’s vague critique. When learning new techniques to become  better athletes, some students get by with the same vague pointers. On the other hand, athletes who look to get the edge on other students use critical thinking and a mathematical backgrounds to understand their sports and how to improve.

Depending on the sport, different aspects of a student’s academic background can be implemented  frequently.

Junior figure skater Caitlin Drover has learned to look at the sport with a physics background to cement stronger technique.

“A lot of [figure skating] is about balance,” Drover said. “[While] spinning you have to be centered in all directions, and for jumping it’s more about not leaning too far back or forward.”

For a sport as elegant as figure skating, many factors must be considered and can make the difference between sticking the jump or falling on the ice.

Drover often connects figure skating to physics in order to strengthen her techniques and skills.

“Instead of just going faster, I like to think of it as, ‘if you pull your arms in tighter you’ll spin faster’ sort of thing,” Drover said.

While any athlete can follow generic instructions told by their coach, students who learn to connect their sports to their knowledge from school will be able understand the most valuable skills and have a more structured understanding when moving on to more difficult techniques.

“Balance is one of the first things you need to learn in figure skating because the blades are thin and you need to be able to use your edges to turn before you should attempt jumps or spins,” Drover said. “You need to know that so you can spin faster on the ice and during jumps before you can move on to more difficult ones.”

Even though Drover’s approach does not actually involve using numbers, she uses a more critical style of thinking to help her stay safe on the ice and to stand out from any other figure skater.

“I think it is because learning fundamentals in ways that will help make you remember them are important in anything you do on the ice,” Drover said. “You don’t have to think about skating from that specific kind of academic thought process but it’s important to understand the things you can apply to skating to improve your skill level.”

Student athletes like Drover can take advantage of their academic backgrounds to have better understandings of what must be done to properly execute  techniques or complete a coach’s orders. Junior Naveen Pai, on the other hand, uses actual  numbers to literally calculate the best course of action to take while competing in cross country.

“Well it’s nothing complicated,” Pai said. “I just think about how to pace different courses and make sure the way I run makes sense mathematically, and I do that by keeping track of my mileage during the week.”

Pai knows what to do, but what makes him stand out is that he knows how to look back on his progress and what needs to change to make himself a better runner.

“You want to make sure you’re running at an even pace and your mile splits have low variance,” Pai said. “If they aren’t you can look back and see what went wrong or what could have gone differently.”

According to Pai, his approach to his sport does not require the academic skills of a genius, but the willingness and the drive to work harder, whether it is through overall strength training and endurance or improving on one section of one’s performance.

“I wouldn’t necessarily say it requires an academic background, but it does pay off if you’re in a more advanced place in math,” Pai said. Just in general to have a critical thinking mindset helps you train. The actual advanced mathematical concepts themselves don’t really apply to running.”

It is important to have the right mindset and skills to become a stronger athlete.

“A right mindset is important especially in cross country because you have to strategize in order to win meets,” Pai said. “It’s important to logically think about how you train and figure out ways to improve, and looking at statistics definitely helps with that.”

For some sports, athletes may not be as fortunate to have a coach who will apply these academic concepts to further develop basic skills but current Athletic Director and former math teacher Kathi Bowers understands fully the importance of a mathematics background when it comes to sports.

“I think coaches absolutely teach angles in different sports; they teach you how to use your body,” Bowers said. Most pitching coaches will teach the physics of throwing: why the ball will spin, why it will drop.”

Bowers also recognizes the importance of the use of statistics to find that extra edge, that athletes such as Pai implement.

[pullquote speaker=”Naveen Pai” photo=”” align=”left” background=”on” border=”all” shadow=”on”][pullquote speaker=”Naveen Pai” photo=”” align=”left” background=”on” border=”all” shadow=”on”]It’s important to logically think about how you train and figure out ways to improve, and looking at statistics definitely helps with that.[/pullquote]“Statistics are used in baseball, football, and other professional games behind the scenes,” Bowers said. “They might do something totally different because if the statistics say otherwise, the coaches will take that chance and put their fate in the numbers instead of their intuition, in order to get a more positive outcome for the team.”

Looking at the facts and having a different understanding of  certain techniques is certainly a helpful trait, but Bowers believes that any student can do well regardless of his or her academic background, as anyone who can understand the math will do well.

“Any athlete that understand the math will have an advantage; if you’re against somebody who doesn’t know about angles you have a significant edge,” Bowers said. “Athletes who can assess a situation quickly have the advantage.”

Bowers also argues that coaches must make a greater effort to reach the most demographics by coaching in different styles.

“For a number of kids [academic coaching] would help, but for some kids, explaining ‘why’ you do it that way would be very beneficial,” Bowers said. “The biggest benefit in learning is from actually seeing it through a different perspective; if a teacher stood up there and talked the whole time you wouldn’t understand it.”