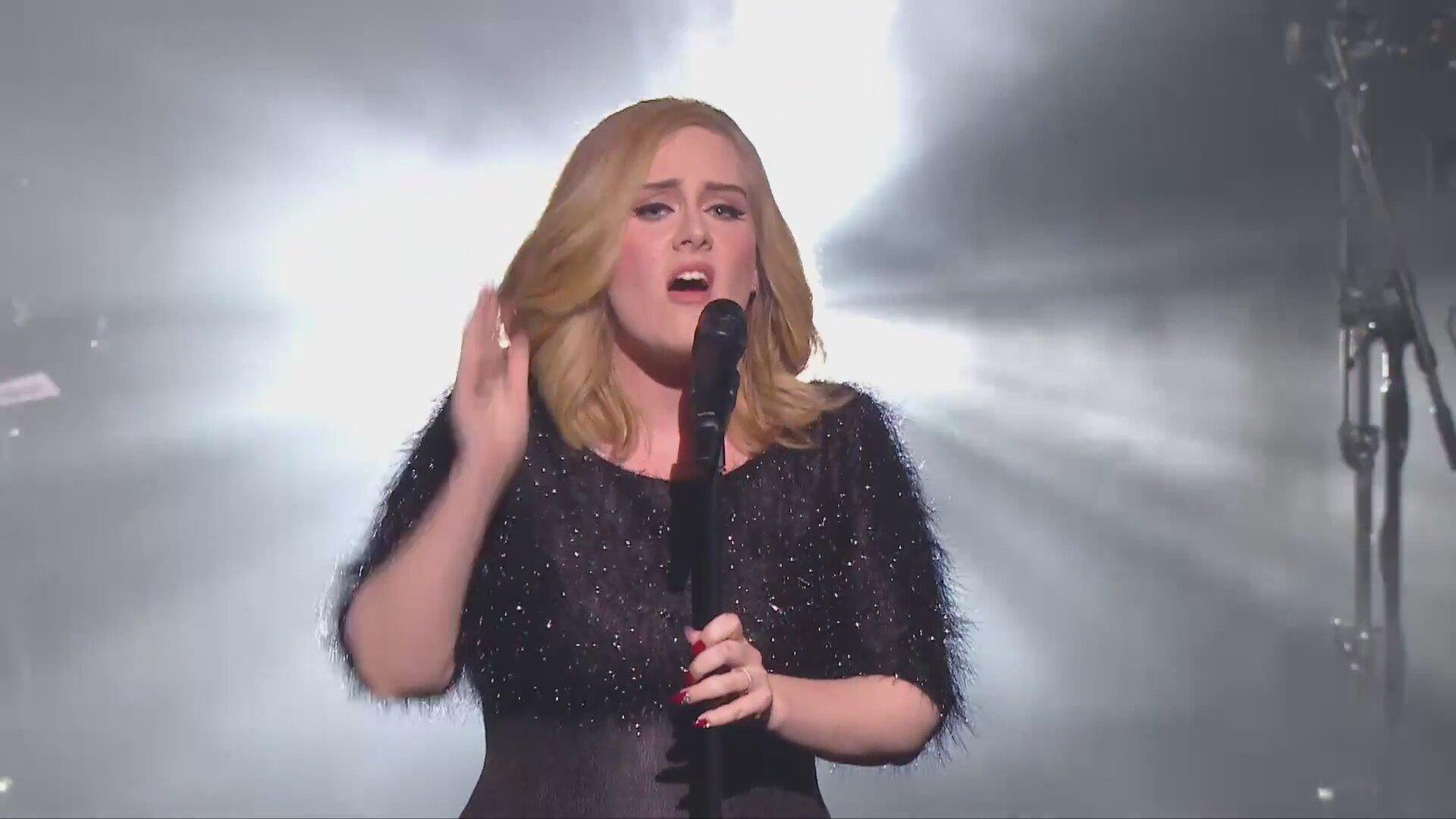 Adele performs “Hello” live at the NRJ Awards in France. The single has remained number one on charts since it was released.

Mackenzie Glassford
Lifestyle
November 20, 2015
Adele, you had me at “Hello.” Since the release of her first single in three years, Adele has had the entire world salivating in anticipation of her upcoming album. “Hello” is the first single off of the long awaited album “25,” which is Adele’s first record since “21” in 2011. “21” won six Grammys and went platinum 16 times. “Hello” is also the first song she has recorded since her Oscar-winning Bond theme, “Skyfall.”

The ballad begins with “Hello, it’s me,” because Adele knows that the world has been pining for her ever since she went into hibernation after the birth of her first child in 2012. Since it is an Adele song, the song is light and twinkly, then loud and grand, and, of course, full of heartbreaking lyrics.

Although the song follows the same basic formula as “Someone Like You,” “Turning Tables” and countless other Adele hits have followed, the substance and emotions of the song have changed and matured.

“My last record was a break-up record and if I had to label this one I would call it a make-up record,” Adele said in a Facebook post. “I’m making up with myself. Making up for lost time. 25 is about getting to know who I’ve become without realising. And I’m sorry it took so long, but you know, life happened.”

Adele has stated that “Hello” is less about heartbreak and more about reaching out and apologizing to those she has hurt, including herself. She belts out the chorus so forcefully and powerfully that it feels like she is projectile vomiting her heart …  gracefully, of course.

“This song was a massive breakthrough to me with my writing because I’ve been pretty slow up until this point,” Adele told SiriusXM. “After this, it all poured out of me.”

The song was released along with a haunting and evocative music video. After losing cell signal while talking to her ex on a flip phone, Adele enters an old and dusty house to try and make sense of her still-fresh romantic wound. Despite the meager amount of promotion for this video, Adele managed to break the Vevo record for most the views for a music video in 24 hours, which was previously held by Taylor Swift’s “Bad Blood.”

For most artists, waiting four years to turn out new music would be a disastrous move. All this time that Adele spent off put a lot of pressure on any music she planned to release. Furthermore, it is hard to satisfy fans who have been starved for new content from their favorite artist. However, the euphoric response to both the song and the accompanying video prove just how talented Adele is. “Hello” accomplishes everything that fans want, with its elegant simplicity combined with its booming and powerful chorus. It makes everyone want to sing along while gazing out of a rainy car window, with an imaginary tear rolling down their cheek, as they remember how they have been hurt in the past.

In an interview with SiriusXM, Adele talked about the opening lines of the song, “Hello, it’s me,” and said that she was hesitant to open her first song in four years with those lyrics.

“It’s incredibly conversational,” Adele said. “I didn’t want to come back with some spectacular point. I didn’t have any points to prove.”

Well, she proved one anyway. Adele is the Queen of the music world, and it is fruitless to pretend otherwise. It does not matter how long she makes the world wait for her music, because as soon as she releases it, everyone forgets his or her own name. Who can stay mad at her when she is speaking to your soul?

Adele is not only a pop star; she is a musical goddess with an otherworldly talent. Besides all that, she is a real person. She is someone relatable, someone that people can understand and who understands her fans and she never fails to be there for anyone who needs need a good cry. She is like a soulful British guardian angel.

Despite the fact that this album has a different vibe and feel to it than the Adele records that the world is familiar with, “25” looks like it is going to be her biggest album yet. If “Hello” is any indication, we all need to stock up on tissues and ice cream in preparation for the release.