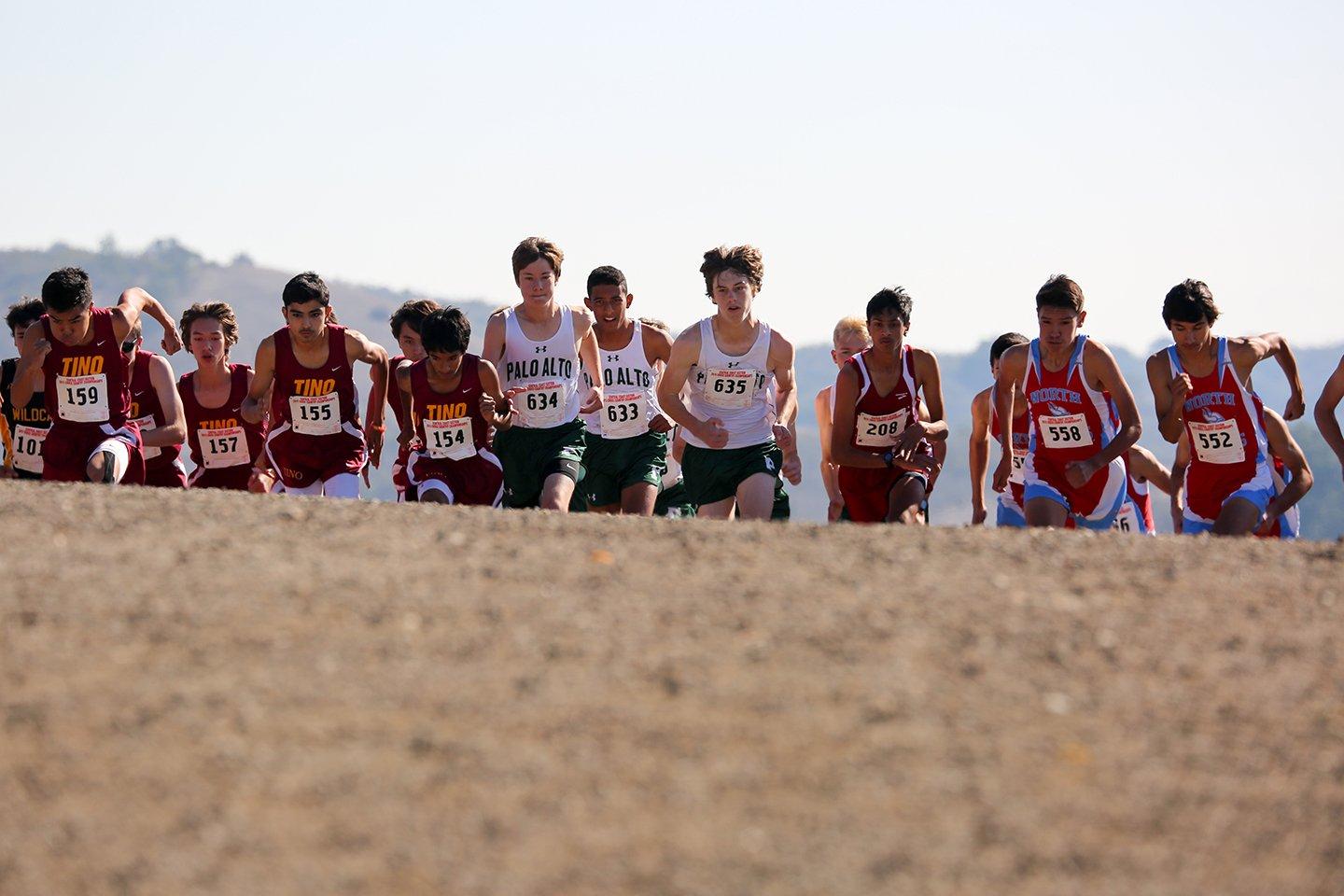 Avi Tachna-Fram
Sports
November 20, 2015
The girls cross country team lost at the Central Coast Section meet (CCS) which means that their season is over. However, the boys cross country team placed second in, meaning that they will go on to play at the CIF State Finals (states) on Nov. 28.

The girls did not qualify for the state meet, placing seventh out of 19. They have expressed disappointment.

“I thought at the start of the season that this team had a lot of potential, but … we weren’t able to realize that potential.” girls team senior Captain Portia Barrientos said.

The girls team suffered from many overuse injuries this year and plans to focus on injury prevention next year.

The girls team also suffered because one of their star athletes, Emma Raney, was injured and could not compete at the meet.

A contributing factor to the girls team loss was the low quality of the work outs.

“This year the workout intensity has been the lowest it has been during my four years at Paly, and it has been steadily decreasing every year.” Barrientos said. “I’m not blaming this on the runners.  It’s hard to run a hard workout if you’re not given one.”

[pullquote speaker=”Naveen Pai Team Co-Captain” photo=”” align=”left” background=”on” border=”all” shadow=”on”]I think this will be the first year that the Paly boys make a real impact at the state meet. [/pullquote]

On a more positive note, the boys team got second at CCS which means that they will go on to the state meet.

The boys team has expressed satisfaction with their result, as they achieved their goal of placing higher than their ranking.

“We placed second which was better than our predicted place of third, and we qualified for states. Overall, it was a really strong team performance.” boys team junior captain Naveen Pai said.

After their success at CCS the boys team is looking to make a strong showing at states.

“We’ve proven this season that we’re a better team than we were last year, and all of our runners race at a high level,” Pai said. “I think this will be the first year that the Paly boys make a real impact at the state meet.”

The boys only loss at CCS was to Bellarmine which placed first overall at the meet with over 30 points more than Paly.

The boys team’s success at CCS followed an exceptional showing at leagues, in which the boys team placed first overall. All seven Palo Alto High School runners placed in the top fifteen spots.