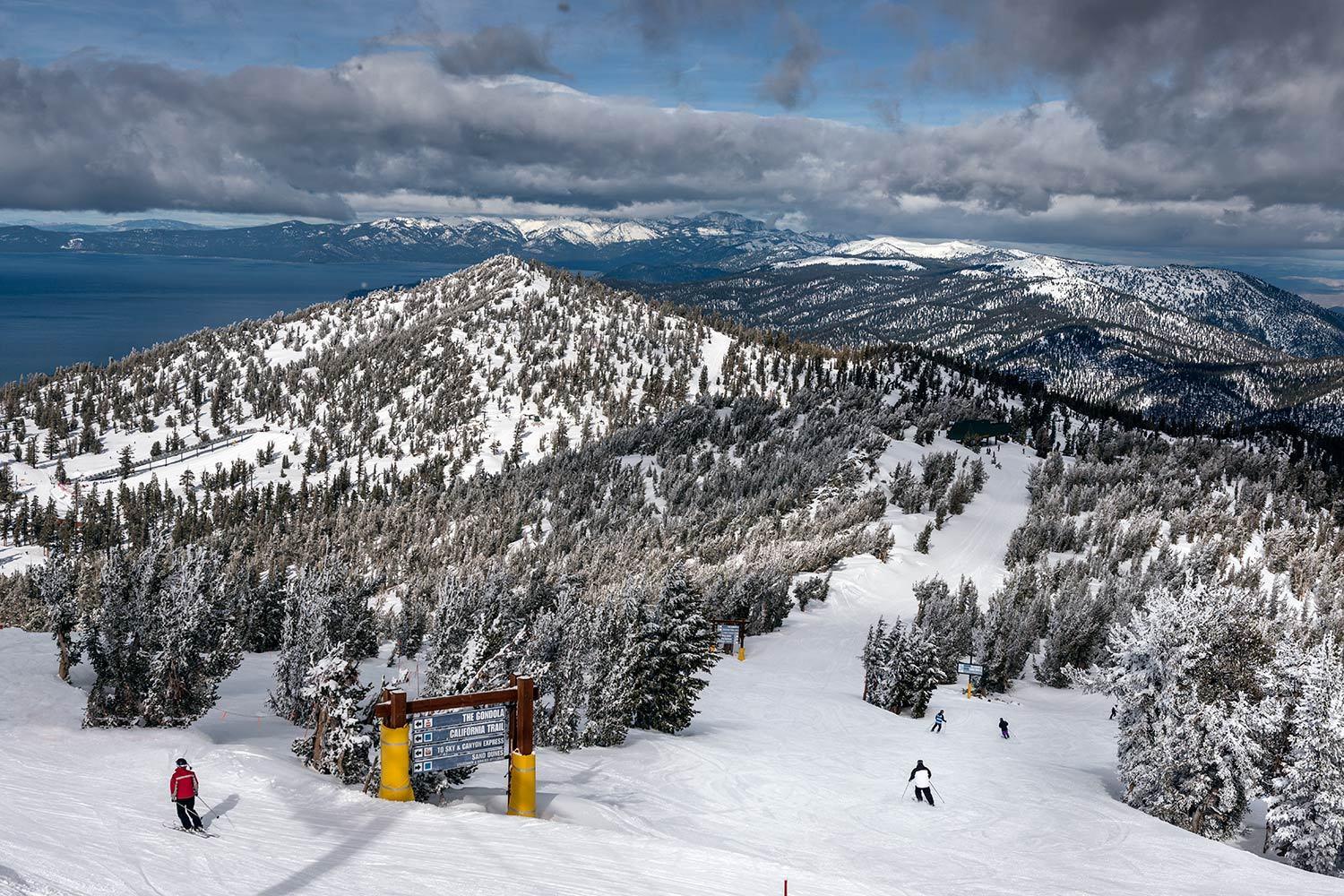 The Heavenly Ski Resort is known for its availability of multiple resorts, quality slopes and a variety of different runs and levels.

Top ski resorts to visit during the winter holidays

Ski season is rapidly approaching, and while some resorts have been open since Nov. 4, others are opening toward the end of November. With such a large number of resorts opening, deciding which resort to go to can be tough. To help with the decision, here is a comprehensive review of the seven best ski resorts in Lake Tahoe.

Heavenly, a large resort in South Lake Tahoe, initially announced it was opening on Nov. 20. However, due to massive snowfall, the resort moved its opening date up to Nov. 14. It is only 5-hour car ride away from Palo Alto. It is the biggest of all the resorts at 4,800 acres of skiable terrain, although it has the same number of trails as Northstar, which provides 97 different runs for skiers and snowboarders to venture on. Heavenly’s longest run is five miles long with a 3,502 foot vertical drop. It only has three terrain parks, but averages 30-feet of natural snowfall each year.

One-day life tickets cost $66 and $132 for two days. A 3-day ticket, sold for $192, can be used at both Heavenly and Kirkwood and one of the three days can be used at Northstar.

With access to multiple resorts, great powder and many runs, Heavenly is the resort to be at this winter. The views of Lake Tahoe from every part of the mountain are magnificent and the customer service is laudatory.

It has lots of variation in difficulties of runs, from greens at the base to double blacks at the peak, for every type of skier. Overall, Heavenly offers the best experience for every level of skier.

Squaw, originally set to open on Nov. 25, opened on Nov. 14, also due to the recent snowfall in the Tahoe area. It is four hours from Palo Alto. Its longest run is the Mountain Run, which is 3.2 miles long. The mountain has a vertical drop of 2,850 feet and its peak is at 9,050 feet of elevation; it also has 16 bowls, making it the resort with the largest number of bowls in Tahoe.

The several bowls create over 170 runs on the mountain. To the skiers’ convenience, the resort offers many mid-mountain restaurants and cafes that can be conveniently accessed.

Squaw offers a deal called the “Tahoe Super 4 Pack,” which allows skiers to ski any four days of the year at Squaw and Alpine for $259. However, single-day and multiple-day passes are only sold in the Squaw Valley office, rather than on an online website.

After Heavenly, Squaw is the next best place to go. Like those at the Heavenly resort, tickets grant access to another resort; however, Squaw offers over 70 more runs than all other resorts at Tahoe, making it one of the largest local resorts and a place definitely worth visiting.

Kirkwood is the second closest resort to Palo Alto at four and a half hours away and opens on Nov. 21. Kirkwood has 2,300 acres of skiable terrain and 86 runs. One of the 86 runs is 2.5 miles long. Kirkwood has an elevation of 7,800 feet at the base to 9,800 feet at the top of the peak. Along the mountain there are two amazing terrain parks. One-day passes are offered for $61 and two-day passes for $98. Kirkwood is third on the list because the tickets offered are reasonably cheap, there are a multitude of runs and because of its high elevation, the conditions on the slopes are better.

Sugar Bowl is the second-to-last out of the seven to open, on Dec. 13. The resort is three and a half hours away from Palo Alto and offers 1,650 miles of terrain. It offers 103 runs, of which the longest run is three miles long. Its elevation ranges from 6,883 feet at the base to 8,383 feet at the top of the mountain.

Sugar Bowl has three terrain parks. Tickets cost $84 for one day. Sugar Bowl is a very popular resort, with many excellent runs and a major vertical drop. On the other hand, Sugar Bowl’s lift tickets are pricey compared to other resorts.

It has seven terrain parks and many dining options scattered across the mountain, making it easy to grab a bite anywhere on the mountain.

If guests are tired and no longer want to ski, there are alternative fun activities such as ice skating and snow tubing, as well as the occasionally s’mores cart that comes around the resort.

One-day tickets bought online cost $68. To ski two days of a 3-day period, tickets are available for $132. Finally, 3-day tickets over a 5-day period can be bought for $195. With this ticket, you can also access Heavenly and Kirkwood runs. Northstar has the most terrain parks of all of the resorts at Tahoe.

Additionally, with a great ski and snowboard school, beginners can still have a great time. Burton Snowboard Academy in Northstar is one of two of its type in the world and offers training to beginners and experts on the slope and in the park.

Alpine Meadows was intended to open on Dec. 12, but has moved the date up to Nov 12. It has a vertical drop of 1,802 feet, and an elevation of 6,385 feet at its base and 8,637 feet at its peak. Pricing is the same as Squaw because the two are partnered organizations. A ticket can gain you access to both Alpine Meadows and Squaw. Alpine Meadows is a nice resort that, because of its partnership with Squaw, is becoming increasingly popular.

The opening date for Sierra-at-Tahoe has not been announced; however, in all likelihood it will open around or before its opening date last year, Dec. 12. It offers 2,000 acres of skiable terrain. It has 46 runs available, the longest of which is two miles long.  It is three and a half hours away from Palo Alto. With five terrain parks, it has the second-most amount of terrain parks — only Northstar has more. Tickets cost $83 for one day and a 3-day pass costs $59 a day.