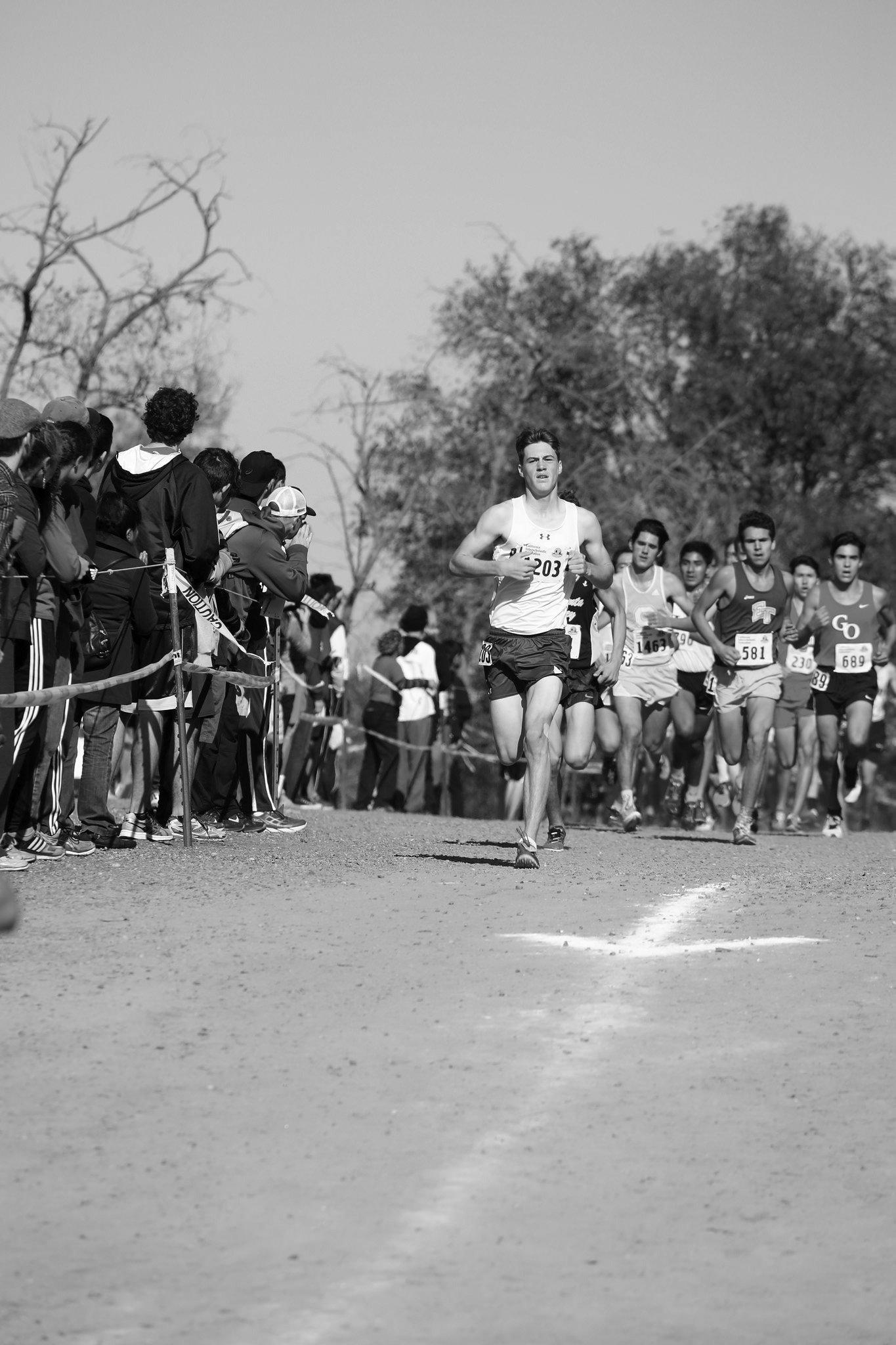 The boys team’s season is over after finishing 15th, out of 23 teams, at the California Interscholastic Federation state championship meet on Nov. 28.

While placing 15th was not good enough for the boys to win a placement trophy, the boys team considers their performance at states a victory.

“Most of us got personal records and those of us who ran at states last year shattered our old times,” junior Spencer Morgenfeld said.

Despite their strong performance, the boys team could not place as high as they hoped, largely due to injuries.

“Kent [Slaney] didn’t run as fast as he has in the past due to an overuse injury,” Morgenfeld said. “Henry [Saul] sprained his ankle a week ago and wasn’t able to run today.”

At states, senior Sam Desré stepped up to take Saul’s place after  recovering from his own ankle injury. Because of the injury, Desré does not think his performance was his best.

“I ran faster on that course at the start of the season, but I was happy to run with the team one last time,” Desré said.

Despite Slaney’s injury, he still placed 63rd overall at states, and first for Paly.

With this year’s success, the team is optimistic about the 2016 season.

“Next year we want to improve off of this year try and win CCS and do even better at states maybe get in the top 10,” team captain and junior Naveen Pai said.

Desré is sad to leave his teammates, but has high hopes for his team.

“It’s going to be difficult to leave all of them behind, but I know that they all have a bright future ahead of them and that they will keep improving as a team,” Desré said.

With only one graduating senior, and quite a few promising sophomores and juniors that the team feels will improve the team next year.

“I think Kent Slaney will have a really strong season next year,” Pai said. “Sam Craig and Reid Foster are also showing a lot of potential, and they’ve improved steadily so I think they should be top of the team.”

The team is also confident that they can replace Desré’s varsity spot next year.

“We have a really, really solid group of alternates (Aashai Avadhani and Donald Taggart) ready to take his [Sam Desré’s] place,” Morgenfeld said. “I’m confident that our team will be stronger than ever next season.”

Seniors on junior varsity such as Garrett Lees and Sergio Valente will be sorely missed for their large contributions to team’s spirit and morale. All of these seniors have had an immense affect on all of their teammates.

“They make us laugh, and they lead us on runs and core [exercises] sometimes,” junior Ben Beaudry said. “They cheer us to on, and they bring a cheerful vibe to the team.”