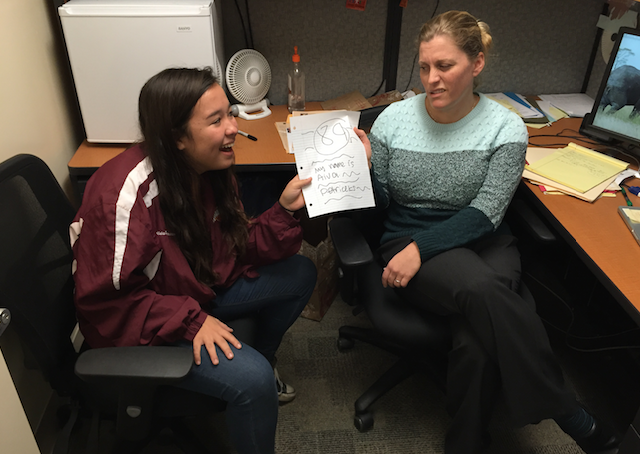 There is one F-word that can raise any high schooler’s anxiety through the roof: finals. Finals mean it is time to study all the things you “learned” throughout the semester. Since I am (hopefully) still on track to graduating and these will be my last finals (because #sss), I can give some tips on how to get through finals week.

Getting that extra point

Remember when you wrote that English essay in September and your teacher gave you an 89 percent instead of a 90? You do remember, and you remember well. That one point on that one assignment you did that one time might make you have an 92 percent in the class instead of a 93 percent, and NO ONE wants an A minus instead of an A going into finals. So to avoid that, I encourage you to go to your teacher and get that one point back. Teachers love it when you argue about your grades with them, especially when the assignment is over four months old — if anything, this is the perfect time.

ONLY study in a library

Everyone uses the term “Netflix and chill” to describe some PG-13 (or maybe even R) rated activity between two people while “watching” Netflix; however, I use the term in the literal way. During finals, I implore everyone to Netflix and chill, but only the PG version. Much like how the Pomodoro technique calls for 25 minutes of studying followed by a 5-minute break, you should do the same with Netflix during finals: 25 minutes of watching Netflix followed by five minutes of studying. Though it may seem like you’re watching more shows than actually studying, you’re guaranteed to get an A on that APUSH final. Think of it this way: if you watch enough Grey’s Anatomy, you basically become a doctor by observational learning and will therefore ace your biology final.

If you do follow these tricks and don’t get the results you want (which definitely won’t happen because these tricks are bulletproof — did you even read the title?), you probably just forgot a step. It’s not like these are some inefficient, satirical tips I came up with. Good luck on finals, Paly Pals!