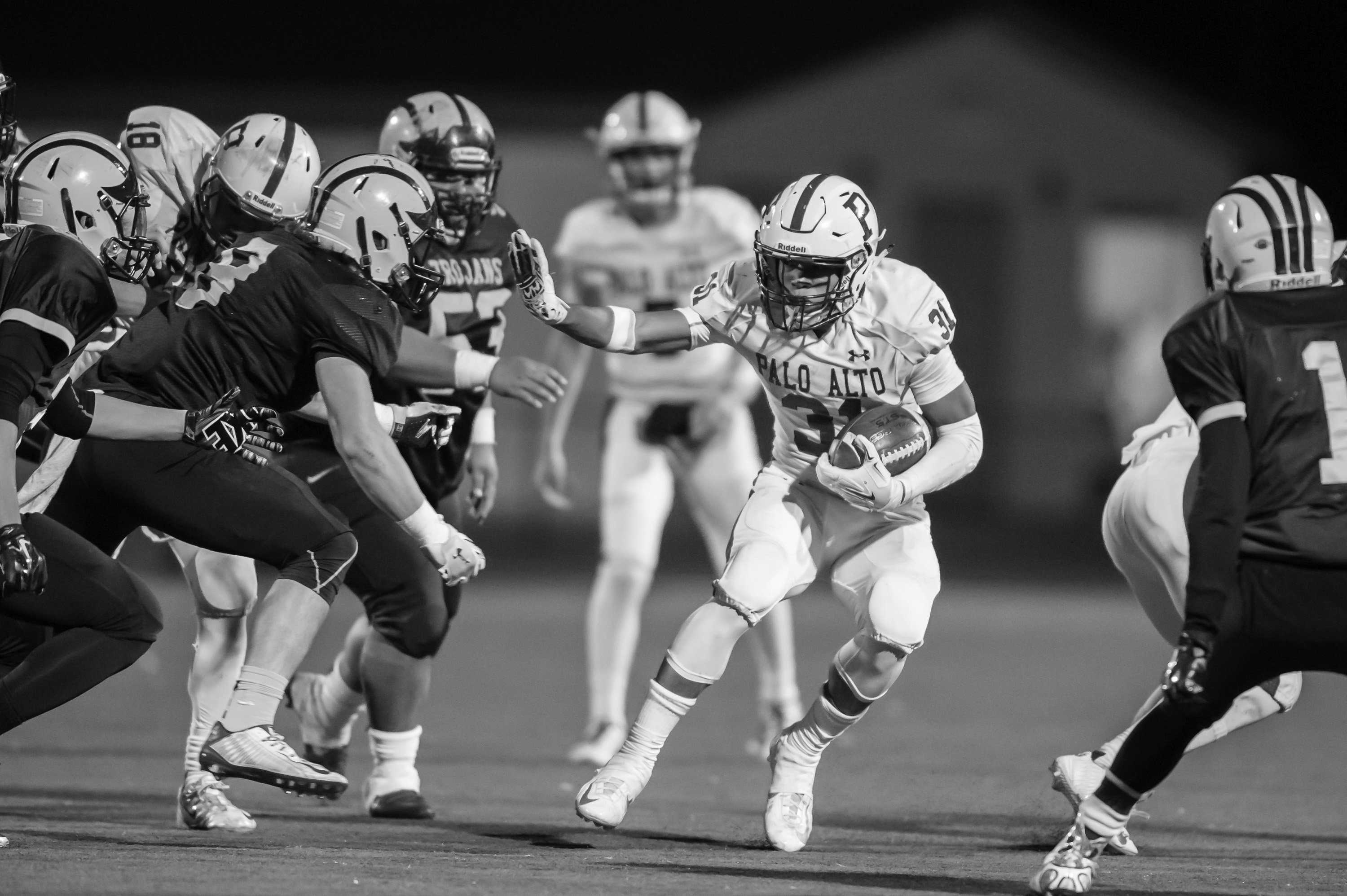 On Friday Oct. 27, the Palo Alto High School Vikings ended their season with a record of 5-7 following their 0-42 loss to the Milpitas Trojans in the second round of Central Coast Section (CCS) playoffs.

The Milpitas defense played heavy on the Vikes, not allowing a single touchdown. This was the team’s second game against Milpitas this season, after the Vikings fell short in their first meeting 13-40.

“Well, we had a full week to prepare for Milpitas, during Thanksgiving break, and we worked our butts off to be able to keep up with the Trojans,” junior Arthur Halsted said. “Coach Fred Koloto, the offensive line coach, put us through some drills that could essentially help us out with their immense defensive line. But during the game, Milpitas did a good job of rushing and blocking the running game and limited Paul Jackson to run the ball for less than 40 yards in total.”

“We’re losing a lot of key seniors from the team next year, but I’m hoping that we the juniors and some sophomores will step up and help us for the upcoming season,” junior Peter Snodgrass said. “[The juniors] are going to be taking on a big role next year … and even though we aren’t feeling it yet, we’ve got to lead the team next year. I definitely think we are going to go far next year, we’ve just got to work for it.”

The Vikings improved on their 3-8 record from last year and hope to continue  to improve their record and develop their young players next season.

“When we played Milpitas we definitely came out well, had a couple turnovers, but when it came down to it they were just a more athletic and bigger team,” senior Matthew Lewis said. “But there wasn’t much we could have done even though we played our hearts out. The juniors are going to have to pick up a lot of slack next year.”

“As for next year, the [offensive line] needs to win their individual battles,” Halsted said. “If that can happen, just pray that Paul runs it into their end zone.”

Despite another year with a losing record, the Vikings are confident that with practice and hard work they can use their great potential to achieve playoff victories and beyond.