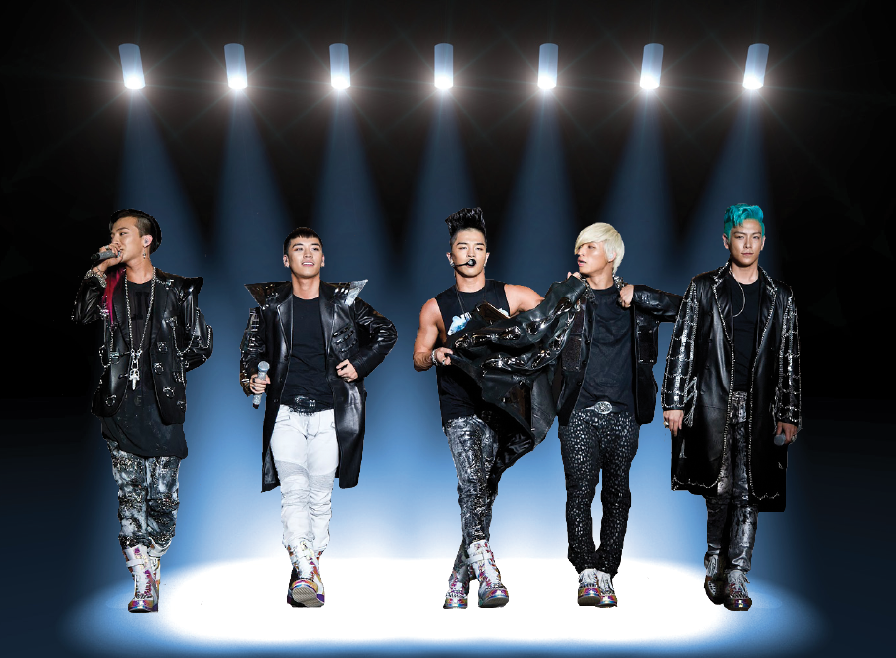 The Editors-in-Chief
Lifestyle
December 11, 2015
When Psy’s “Gangnam Style” music video was uploaded onto YouTube in 2012, the South Korean song became a hit all over the world, racking up over two billion views since its release. Although the song’s popularity abroad was mostly due to the outlandishly hilarious aesthetic of the music video, it was a breakthrough for the genre of Korean pop, more commonly known as K-Pop. Many Americans may not know about K-Pop outside of  “Gangnam Style,” but K-Pop is very popular both domestically in South Korea and internationally, including many parts of Asia, Europe and even South America.

The rise and expansion of K-Pop overseas began fairly recently, the genre started in the early 1990s, with the debut of “Seo Taiji & Boys.” Borrowing from popular American genres such as rock, techno and rap,  “Seo Taiji & Boys” gained instant popularity and took Korea by storm. With catchy beats and choruses, K-Pop was born, leaving many in search of high potential profits from this rising industry.

In the early 21st century, K-Pop began to venture outside of Korea, an expansion known as the “Hallyu Wave.” K-Pop grew to China and Japan with immensely popular artists such as Rain and BoA, both of whom are solo artists. Though Rain and BoA found success in their careers, most entertainment companies looked to invest in other boy and girl bands.

These entertainment companies then decided to train artists together and create many male and female bands, which make up the majority of the industry today.

K-Pop’s international popularity can be in part accredited to the integration of the Korean language into songs. Though most audiences elsewhere in the world do not understand Korean, much of the focus in the songs is not on the lyrics, but on the melodies and rhythm.

“As an instrumentalist, I tend to focus more on interesting melodies, harmonies or rhythms rather than lyrics, so not being able to understand Korean isn’t a drawback and actually lets the music stand out more,” junior Alan Huang said.

Although musical talent is a large part of why K-Pop groups and singers are famous, some of this popularity can also be attributed to their physical appearance and individual fashion styles.

“I think a big part of [K-Pop’s popularity] is looks, since the whole K-Pop industry is focused on getting more fans, and physical attractiveness does seem to play a big part in gaining more of an audience,” senior Minyoung Kim said. “But I also think that each K-Pop idol’s talent counts.”

One such example of a K-Pop star who gained popularity through appearance is G-Dragon who, from the group Big Bang, has become one of South Korea’s biggest fashion icons. He has garnered much recognition, receiving the “Style Icon of 2008” award and being acknowledged this year by Business of Fashion as one of the “500 Global Fashion Leaders.” He has also started many fashion trends in Korea, most notably his signature hairstyle — dyed blonde hair parted to the side.

“I think K-Pop most often tends to set fashion and image trends,” Kim said. “This kind of goes back to how K-Pop idols are generally physically attractive, and how they model for different magazines and commercials. But one thing that I don’t necessarily love about K-Pop culture is how girl groups are often portrayed in a sexual way.”

Women in the Korean music industry are often objectified and sexualized to entice male audiences. Many groups such as Sistar and 2NE1 have members that have endured plastic surgery in order to achieve a certain look that the entertainment industries and K-Pop audiences want to see. This is not to say that men do not go under the knife as well. G-Dragon has received a chin job and V from the group BTS underwent surgery to change his nose. Those who undergo plastic surgery to achieve a certain body or facial image supports the idea that K-Pop idols are treated as nothing more than  products of the K-Pop industry.

The K-Pop industry can almost be likened to the production of sausages, in that the end product is great, but the construction process is unappealing. For most K-Pop entertainment companies, this is true. Before artists become K-Pop star, they undergo rigorous training until they debut. During this training, they are subject to strict dietary restraints and training regimes while still having to attend school, which is notoriously hard in South Korea. Even after these idols debut, their schedules do not become easier. From going on weekly shows to participating in variety programs, life as a K-Pop star is not as great as it seems to be.

Little known entertainment companies have their chance at stardom taken from them due to strong competition from larger companies. Even successful artists get paid modestly for their hard work, with a large percentage of their earnings going back to their parent companies and having to split earnings between group members. This broken method of payment has led to many controversies and disputes between companies and group members over contractual issues. One of the largest disputes involved Kris Wu, a member of SM Entertainment’s EXO, and his management over his unfavorable working ethic. In the next few months, more members of EXO wanted out of their contracts, including Luhan and Huang Zitao. Other groups, such as TVXQ and Kara, have suspended their activities for extended periods of time because of contractual disputes. Despite the common portrayal of K-Pop artists, striking success within the industry is extremely hard and maintaining that success is even harder.

K-Pop has integrated itself into other cultures, where it has the potential to become extremely popular and affect others just as much as it has affected Korean culture. The genre’s unique sound and evergrowing fanbase contributes to its gaining popularity. Though the K-Pop industry has expanded to different countries of the world, most who consider themselves as K-Pop fans are apathetic towards what happens behind all the glamour and fame. However, the apathy from the fans seems to do the industry good, as the K-Pop entertainment industry’s success continues to rise as its influence extends to other nations.