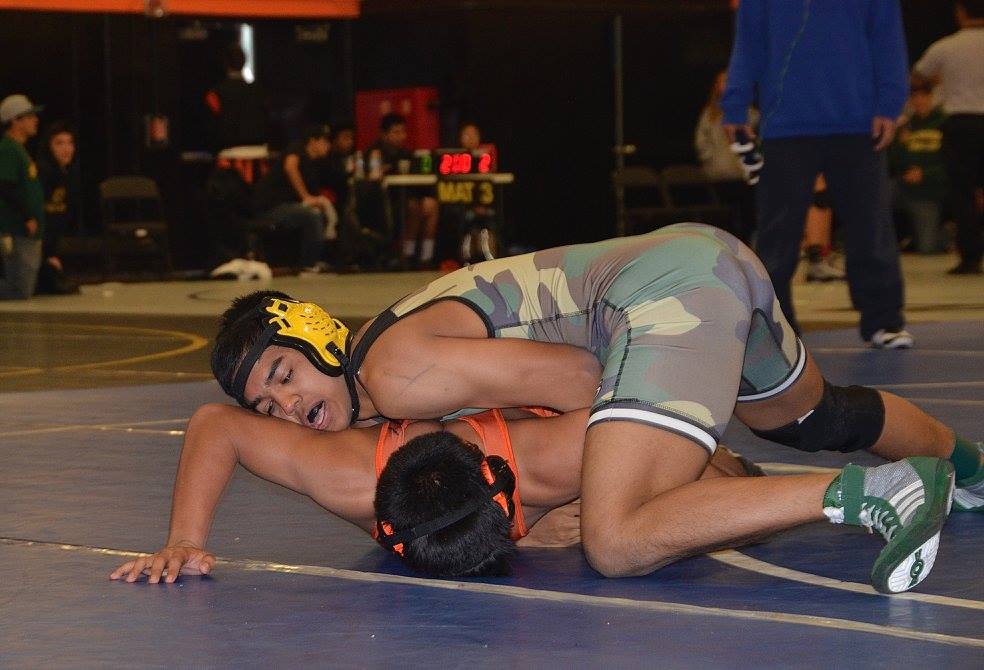 The wrestling team ended its first tournament at Half Moon Bay High School with junior Seth Goyal winning the tournament and senior Eric Oshima taking third place. The upcoming season will be very constructive, according to head coach Jonathan Kessler, who believes that the amount of underclassmen will make this season a learning experience.

“This season is going to be a rebuilding year because the varsity line up will be comprised of many underclassmen,” Kessler said. “This makes for a unique opportunity for some freshmen to gain varsity experience early in their careers.”

[pullquote speaker=”Jonathan Kessler” photo=”” align=”left” background=”on” border=”all” shadow=”on”]This season is going to be a rebuilding year because the varsity line up will be comprised of many underclassmen. [/pullquote]

The Palo Alto High School team  placed third at the tournament, and Goyal believes that with the addition of some new varsity players, the team will see lots of overall improvement.

“Since we only had two people on varsity for the tournament we didn’t do so as well, but in January we’re moving up a lot of people to varsity, so then we should do much better,” Goyal said. “We didn’t move them up because of the tournament but because we feel that they will have enough high school wrestling experience then all of the people moving up are freshmen that wrestled since middle school but haven’t yet wrestled in high school.”

Last season, the wrestling team lost state qualifier and team captain James Giaccia. Even with this loss, Kessler believes that by maintaining a consistent mindset and strong ethics, the underclassmen will be able to stand with the upperclassmen.

“I don’t like to make predictions, but my expectation is that all the wrestlers will work hard, stay focused and give it their all and if we do that, we will have a successful season,” Kessler said. “We have wrestlers that should expect to compete in [Central Coast Section] and the [California Interscholastic Federation] state tournaments.”

Looking forward, the team plans on improving its knowledge this year by running  different drills during practices and gaining experience through matches.

“We’ll do a lot better at the end of the season because the freshmen are all semi-experienced wrestlers who want to learn but have not yet competed at the level of high school wrestling,” Goyal said. “They just need more experience wrestling in live competition with people that they don’t know because that way they get into situations that don’t necessarily come up in practice.”