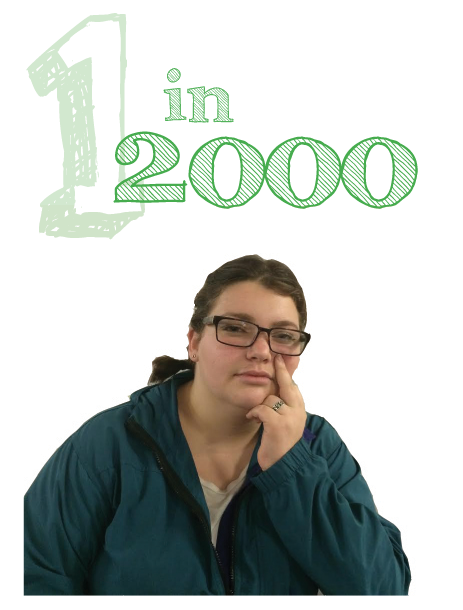 The Campanile: How’s your day going so far?

Gabi Rossner: It’s great. I had one class today.

GR: I’ve been living the SSS life for a while, except now, I like actually don’t care, versus last semester I was pretending I didn’t care. It’s really fun.

TC: Your article on affirmative action sparked up debate. How do you feel about your #1 fan Griffin Carlson?

GR: Me and Griffin have a very complicated relationship. Maybe it’s not so complicated, maybe it’s very simple. I just love how he goes out of his way to create intellectual conversations around everything that I do. It’s just been a really, really great four year journey with him, and I’m sad to see it go.

TC: How do you deal with #haters?

GR: My tumblr aesthetic, oh gosh this is hard to describe, because I just changed it. The aesthetic of my tumblr — oh, I don’t want to say my url. Okay, but, it’s a lot of art, pictures of dogs and politics. My personal aesthetic, I want to be like the best friend in the ‘90s movies who like doesn’t have her own plot line. I don’t know, like last semester, I was trying to go for male Campy editor as my personal aesthetic.

TC: Do you have a favorite?

GR: My favorite male Campy editor, style wise, has to be Nikhil.

TC: Do you have any advice for underclassmen?

GR: My advice for underclassmen is, oh this is so hard. It’s to get the f**k out of the MAC. Also to be quiet. Like put on a gag and walk outside of the Media Arts Center.

TC: If there was a Verde fight club, who would be the winner?

GR: I want to say that I would win, but I honestly feel like it would be one of those juniors and sophomores who are already thinking about being EIC, who would just be ruthless and rip my f**king face off. They’ve got some hidden fire.

TC: More broadly, who would win in an inter-publication fight?

GR: Props or no props?

GR: Viking, obviously. Viking has muscles and does sports. The last Verde bonding we did, we just sat and ate food, so pretty sure Viking would wreck all our asses. I just think it would be so much more fun with props.

TC: If we added props back in there, do you still think Viking would win?

GR: So, Verde has our secret weapon of a giant spoon and fork, which I feel like could be pretty ruthless.

TC: Oh, so if you were to spear any Campy editor, which would it be?

GR: I want to be like, I’d spear Nikhil and then steal his closet but I can’t fit myself into Nikhil Rajaram’s skinny, skinny jeans.

TC: What are your feelings towards Bernie Sanders?

GR: I like Bernie but I think that he can be more progressive on issues surrounding race, guns and imperialism.

TC: Who would you vote for in the 2016 presidential election?

GR: I’m a baby who can’t vote in 2016. But if I could, probably Bernie. Who knows? It depends on how the primaries go.

TC:  Any final words for Paly?

GR: @ the sophomore who stole my megaphone. I’m still pissed.