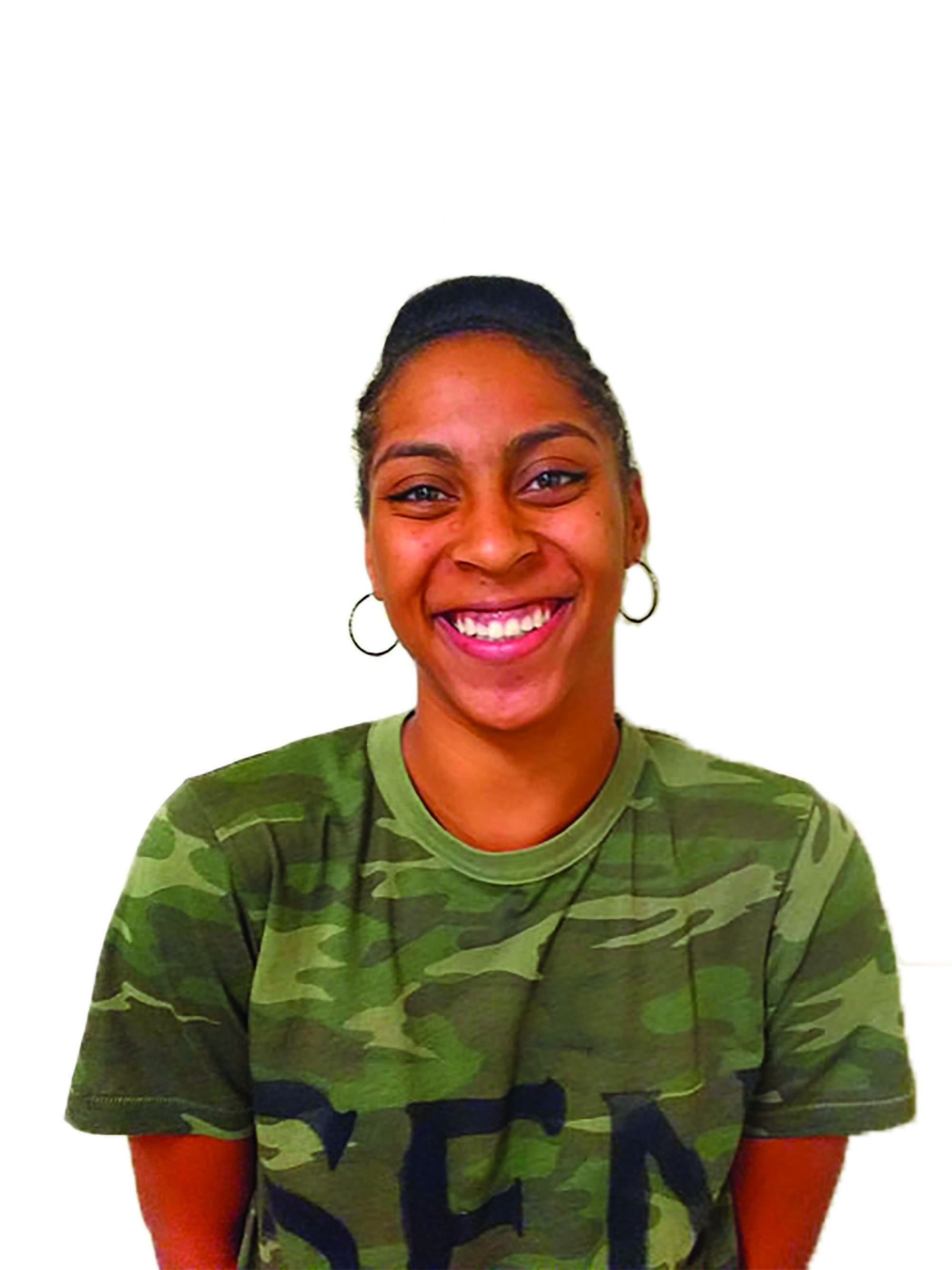 The Campanile: What do you enjoy most about basketball?

Alexis Harris: I enjoy everything about basketball.

TC: All right, who do you look up to on the team?

TC: So how do you get better at basketball to beat the guards?

AH: I train outside of school with a trainer, he helps me with everything. He’s the one who actually helped me get my scholarship.

TC: When did you start playing basketball?

AH: I’ve been playing basketball since I was four years old. When I was young I didn’t know I was going to be this tall, but now I am, and basketball is my passion.

TC: So has your height helped you become a better player?

AH: My height helps out a lot, but being around so many people in my family who play or played basketball motivate me to do better and keep playing.

TC: What is it like to be taller than everybody on the team?

AH: Well since everyone calls me “Tree,” it’s fun, but some days I’m like “Ugh, why am I this tall.”

TC: Alright, if you could say one thing to your coach what would it be?

AH: I don’t know, would you cut any swear words out? Uhh, no comment.

TC: What has basketball taught you?

AH: I’ve learned to be a better player, both physically and emotionally. It keeps me composed, and when I’m stressed out it’s something I can go to focus.

TC: So it’s all good stuff?

AH: Basketball keeps me in-shape, motivated and everything. It keeps me together and without it I wouldn’t really know what to do. Although I’m tall, I don’t like other sports. I only like track, so I might do some of that.

TC: What will you do with the rest of your senior year?

AH: I need to get my knee better because I injured it at the beginning of the season and it still hurts some days. I’ll train, maybe do a little bit of track, maybe not.

TC: So no wild parties?

AH: Oh no, I’m going to party hard! You better believe it. After basketball season I’m going to be free to party, to turn up with the squad, all within legal means.

TC: If you could go back to being a freshman what would you do differently?

AH: Well I would maybe listen to my older peers a little bit. I ignored them because half the time they didn’t know what they were talking about, but maybe I would listen to them.

TC: You were probably better than them anyways. Do you have any pre-game rituals to help you get psyched up?

AH: I turn up with the team in the locker room, dance, party and record them on Snapchat. Before every game you’ll see a Snapchat story and I’ll be going “Mmmm k… Mmmm k.”

TC: What will you miss most about basketball?

AH: I’ll miss the team a lot. I’ve been playing with Coco and Maddy for seven years and the other girls for at least five. I’m going to be on a whole other team, going through college and I’m going to be the youngest person on the team because I’m only 17.