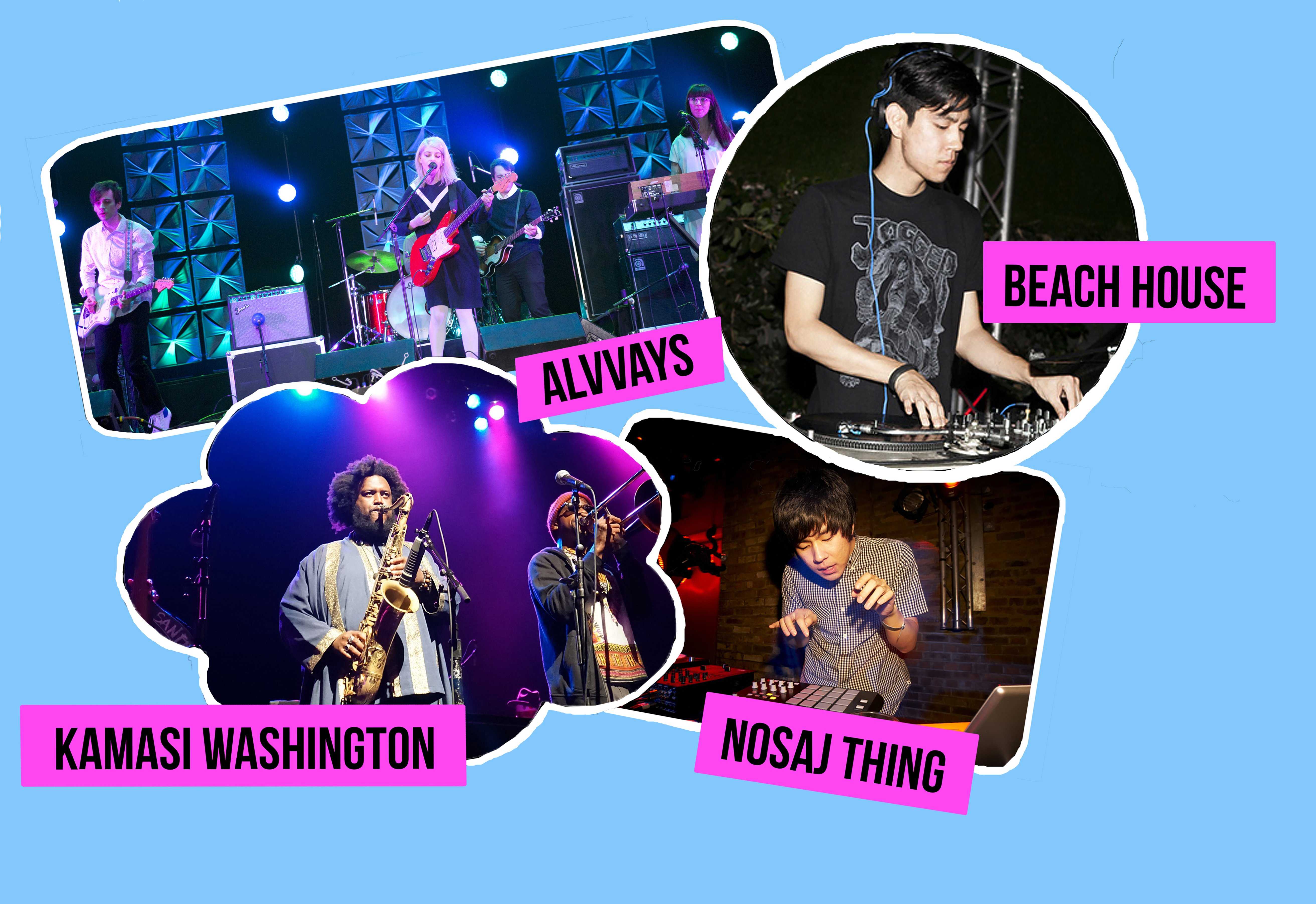 On Jan. 4, The Coachella Valley Music and Arts Festival released its 2016 lineup, which featured LCD Soundsystem, Calvin Harris and Guns ‘n Roses as the main stage acts. During April 15-17 (Weekend 1) and April 22-24 (Weekend 2), Indio, Calif. will host the annual festival. The lineup also boasts names such as A$AP Rocky, Flume, Courtney Barnett and Ellie Goulding, but between the heavy schedule and swirling rumors that include a much-speculated N.W.A. reunion (Ice Cube is set to perform on April 16 and 23), many up-and-coming indie artists have gotten lost in the hype.

This Toronto band debuted its first LP in mid-2014. The self-titled album, “Alvvays,” stuck out in a sea of contemporary indie groups that fuse ‘60s and ‘80s pop with contemporary guitar jangle. Singer Molly Rankin’s aching-without-feeling-angsty voice and witty lyricism lends Alvvays an element of deadpan romance, with subtle unsentimental come-ons sprinkled in between the frank but radiant melody. Rankin puts a twist on several indie-pop cliches, such as turning the break-up song on its head in and pining away about breaking into a lover’s life. Alvvays succeeds in beating the American Apparel clad and bleached-blond-haired competition with a debut album steeped in irresistibly sharp songs that evoke feelings of nostalgia and uncertainty for commitment, sentiments felt particularly by their college-age audience. Relatively new to the festival scene, the group’s appearance at Coachella 2016 is their second major festival appearance after Glastonbury 2015.

One of many jazz figures featured in Kendrick Lamar’s 2015 album “To Pimp A Butterfly,” Kamasi Washington is one of few artists at Coachella that happens to be a saxophonist-composer with great prestige outside of the jazz world. His 2015 triple-album “The Epic,” however, is devoid of the hip-hop associations he has been previously known for, and instead blends the sounds of Miles Davis with melodies reminiscent of John Coltrane’s “A Love Supreme,” intertwining the generations of jazz that led to the inception of hip-hop into a masterpiece of a debut album.

The euphonious evenness of the music is so rich at times that it seems to creates a sonic texture, a wall of sound that blends lyrics and instrumental.

The three hours of music that “The Epic” holds jumps from string sections to R&B vocals to even funkier soul at times, while never straying from the classicism it is categorized as (Washington plays tenor sax). Coachella will see a refreshing new act in Washington, and if the reception of “The Epic” is any indicator, future lineups may very well feature similar figures.

Continuing with the trend of collaborators behind major hip-hop headliners, Coachella will feature producer Nosaj Thing, who creates music that many popular rappers sing and rap over. Only recently have his albums gained recognition, despite having produced songs such as Kendrick Lamar’s “Cloud 10” and Kid Cudi’s “Man on the Moon.” Jason Chung donned the moniker Nosaj Thing in 2006 with the release of his debut EP, and has since produced three albums. Despite having collaborated with mainstream hip-hop artists, Chung falls into an elusive category of music alongside minimalists such as Flying Lotus and Shlohmo, a category where just dubbing the music “experimental” or “glitch-hop/electronic” does not quite cut it. Nosaj Thing produces the type of music that plays in your head when watching a documentary on deep space and black holes late at night. His appearance at Coachella this year is not his first, but hopefully it is the year that he emerges from the shadows of his collaborators to distinguish himself with his spaciously unearthly music.

Most bands are prone to fluctuations in popularity and artistic relevance over time, especially after hitting the ten-year mark. Beach House is one of those rare groups that has consistently put out alluringly dreamy music for over a decade whilst staying relatively under the radar in the world of alternative rock. Since 2004, Victoria Legrand and Alex Scally have been producing records that push dream pop ever-forwards in the 2010’s. The joy of listening to Beach House comes from the sense of balance they create: the sound builds up gracefully, filling the melody with luxuriant tones that seem to put the listener’s mind at ease in a daydreamy state.

The euphonious evenness of the music is so rich at times that it seems to creates a sonic texture, a wall of sound that blends lyrics and instrumental. Beach House’s musical atmosphere is just as entrancing through headphones as it is live and their festival history proves it; this year at Coachella will be their second. After producing two equally heavy records in 2015 (“Depression Cherry” and “Thank Your Lucky Stars”), their appearances on April 17 and 24 will surely add to their legacy.