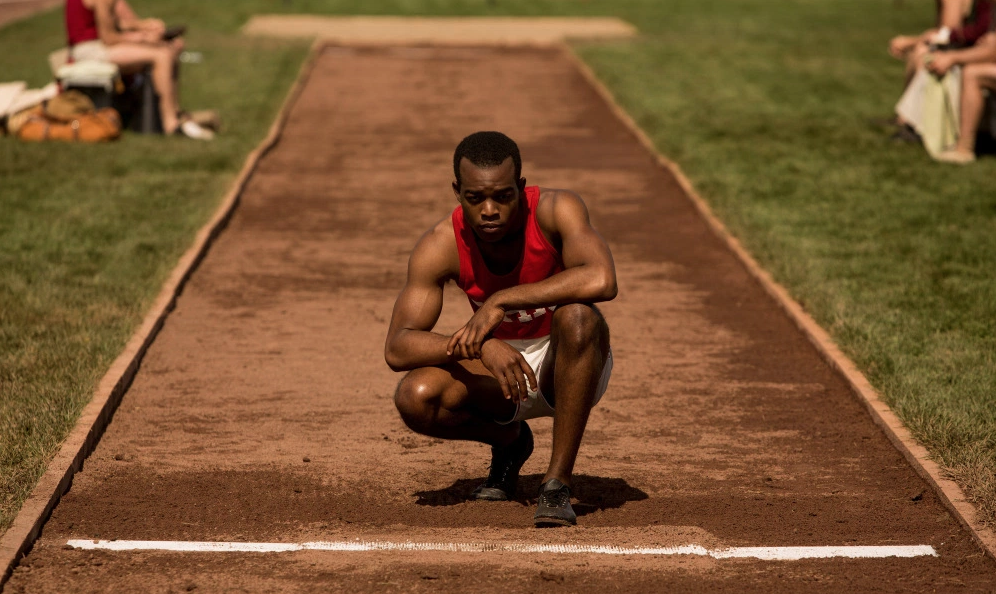 Focus Features and Stephen Hopkin’s film “Race” discusses Jesse Owens’ pathway to the 1936 Olympics in Berlin and his quest for Olympic gold. A black man born into the segregated society of 1930s United States, Owens is discovered for his running and jumping ability on the track and is recruited by a white coach. Owens defies all odds and sprints his way to the 1936 Olympics while facing discrimination and a deep hatred from people from both the United States and Germany. He is torn between staying in the United States and running in Berlin, but decides to go on and compete in Berlin. While his fight to get to the Olympics is over, Owens faces trouble in Berlin. Hitler’s vision of a white supremacist society allows white men to discriminate against Owens. Through his fight to get to Berlin and the racism he faces there, Jesse Owens’ struggle to become the best enthralls the audience with ideas of racism, courage and determination. However, the movie does have certain holes which confuse the audience.

Through his fight to get to Berlin and the racism he faces there, Jesse Owens’ struggle to become the best enthralls the audience with ideas of racism, courage and determination

Throughout the film, director Stephen Hopkins and his team did a flawless job with cinematography and capturing the scenes in Berlin. The camera angles that the film team uses make you feel as if you are in the stadium watching Owens dominate the track. Secondly, the quality of the filming adds depth to each scene.

Lead actor Stephan James, who plays Owens in the film, brilliantly leads the film. In points of the film, James takes badly written lines and smoothly transforms them into meaningful and impactful words. His acting and character worked very well with Jason Sudeikis who plays Larry Snyder, Jesse’s coach, and the pair’s acting often end up carrying the movie when the writing gets boring. Additionally, the movie does deliver when the viewer is seeing Owens’ race. The races are thrilling and exciting and while they only last a few seconds, these races play in an important role in movie. The races re-energized the viewer if they were bored by the last part of the movie and kept the other part of the audience interested in the movie. Carried by the acting duo of Stephan James and Jason Sudeikis, Race does a very good job in reliving Owens’s energy and his epic victory in Berlin.

However, while Race fulfills expectations in the individual acting and cinematography categories, it disappoints in many other sections of the movie. Although Race is a biopic focused on Owens and his journey to and in Berlin, his character is surprisingly undeveloped and lacks depth by the end of the movie. Many of the major conflicts in the movie do not surround Owens and causes attention in the movie to be diverted away from him. For example, one of the major storylines in the movie is about whether or not the United States should compete in the 1936 Olympics in Berlin.  Though the director does relate the problem back to Owens’ later in the film, this conflict is mainly handled by the presidents of the German and American Athletic Associations.  The result of this scene, along with other scenes that do not include Owens, is an undeveloped main character.

Furthermore, there were many unnecessary scenes that made the movie run longer, yet failed to have any real impact on the film. The film spends a reasonable amount of time detailing the affair Owens’ has with another woman while he is away on tour, however, this doesn’t change the film at all. When he returns back home to Alabama, his girlfriend who knows about the affair, still agrees to marry him and the affair doesn’t tie into any other part of the film. The movie was fairly long to begin with and the unnecessary scenes did not help move the story along in an exciting way.

Overall, Race is a feel good movie which starts with hope and ends on an uplifting note as Owens’ returns back to the United States from Germany. However, the film is burdened by a lack of thinking on certain scenes and a main character whose personality is not fully expanded.