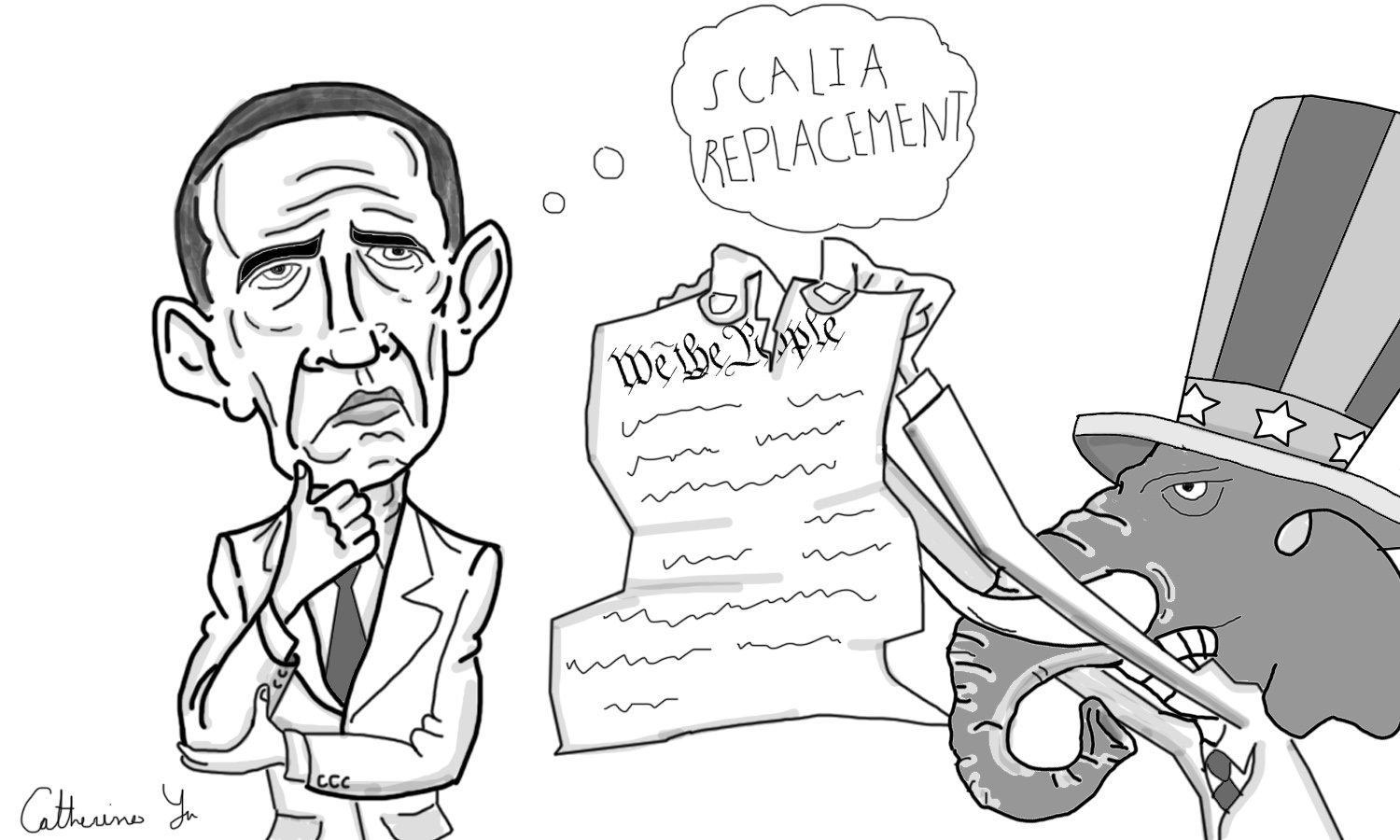 Scalia’s death & perversion of the constitution

America was built on a foundation of democracy 238 years ago; today, the country is in somewhat of a midlife crisis. With the death of Supreme Court Justice Antonin Scalia, a conservative judge on the highest court in the nation, Republican congressmen have announced their intentions to block President Obama in appointing a new justice. This declaration of defiance has brought America’s young republic to the decisive junction of constitutionally and deviant political ideology. While American history has seen a clear adherence to the Constitution, the success of blocking a Supreme Court Justice nomination will not only be dangerous for the legal system of the present, but also set an equally damaging precedent going forward.

Article 2 of the Constitution states that the president, “by and with the advice and consent of the Senate,” “shall appoint” Supreme Court Justices among other governmental positions (i.e. ambassadors and public officials). At the most basic level, this language indicates that lawmakers and the president should work together— not butt horns over appointing officials.

In American history, there have been 12 rejections over Supreme Court nominations, but never before has there been a total, preemptive rejection. This is not a happy landmark. Saying outright that any suggestion Obama makes for Scalia’s replacement will be denied is going against the collaborative principle specified in the Constitution. If Republican senators are successful in suppressing Obama, it could permanently redefine national politics. With such a precedent, whichever party is in power could reference the Scalia replacement decision as support for blocking the formation of an opposition cabinet, and America would subsequently find itself with a bureaucratic headache  and stagnation on Capitol Hill. The country is increasingly nearing the point of no return, where partisan whining will have faded constitutional ink; who knows where the law could be bent from there?

Disregarding the long-term consequences of not appointing a new justice during the remainder of Obama’s presidency, there are also a few direct drawbacks that could irreversibly alter the legal system. As the highest court in America, the Supreme Court can, with the stroke of a pen, clarify or even make the law of the land. And though only about 100 cases a year make it to this upper echelon of the legal system, the rulings in those cases are immeasurably affective. In the last decade, the court has not been shy to use its power, making decisive affirmations on free marriage and gun control that might otherwise have been struck down in lower level courts. But now, the game has changed.

The current Supreme Court without Scalia is reasonably balanced, with a liberal backbone in Ruth Bader Ginsburg, Stephen Breyer, Sonia Sotomayor and Elena Kagan, and a conservative establishment in Samuel A. Alito, Anthony Kennedy, John G. Roberts (a mild right-winger) and Clarence Thomas. Without a ninth justice, the possibility of a hung court,  a 4-4 vote, is now in play, which would mean that the exclusive “law of the land” power would go down to the appellate courts. So, if a controversial decision has been bumped upstairs to the Supreme Court on an appeal, a tie would mean that the controversy would go permanently unsettled and thus become American law. Regional ninth circuit courts are generally more biased than the Supreme Court, from southern Republican sway to northern Democrat leanings. With 12 such courts, a cacophony of conflicting decisions could be imminent.

American lawmakers have a clear choice, with the potential to set their country and their people on a painful course. Partisan bickering is tolerable so long as it is to some constructive effect, but disregarding collaboration as presented in the Constitution is completely unacceptable. The Republican party is not having its arm twisted; of the thousands of federal judges in America, a single centrist judge is sure to exist. If America wishes to remain a bastion of democracy, that judge should be found immediately.