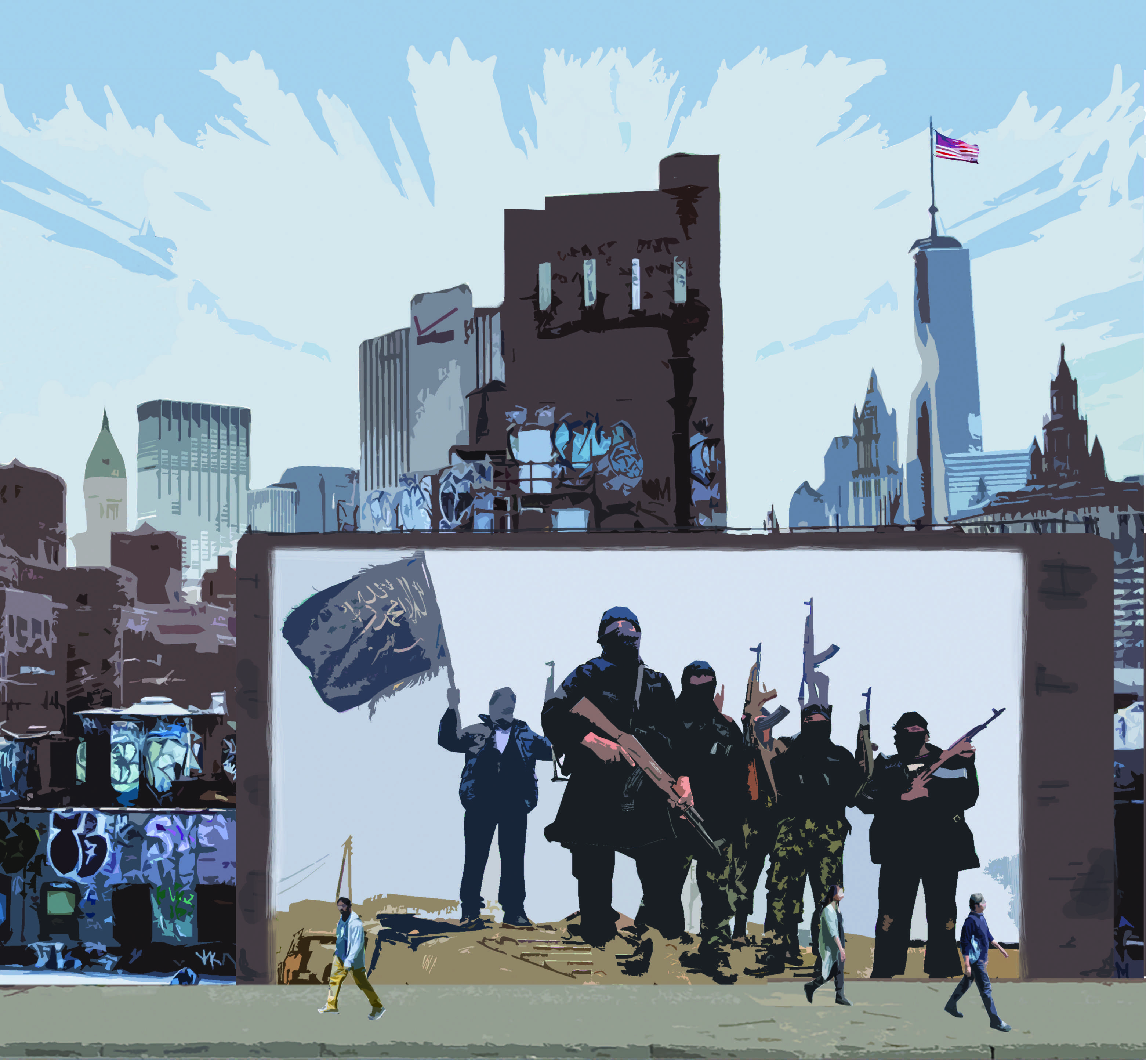 While the discussion surrounding terrorism is rapidly gaining momentum, the possibility of an attack occurring on home soil may still seem distant to many Americans. However, outside the sanctuary forged by U.S. borders, this remote concept has become reality. Despite the nonchalance with which some Americans dismiss the threat of an attack, others may feel constantly at risk. In light of the Paris terrorist attacks in November, where 130 citizens were killed in multiple coordinated attacks across the renowned city, and the San Bernardino, Calif. shooting in December, where 14 were killed, the subject of terrorism has taken center stage. Following Central Intelligence Agency Director John Brennan’s recent claim that an attack carried out by militant group Islamic State of Iraq and Syria (ISIS) on U.S. soil is “inevitable,” some Americans are becoming more fearful of the threat terrorism poses.

According to a recent Washington Post/ABC News poll, Americans’ fear of terrorism is at its highest since Sept. 11, 2001. 83 percent of registered voters surveyed believe a terrorist attack in the United States resulting in a high number of casualties is likely in the near future, while 40 percent of those surveyed also believe some form of major attack to be “very” likely. In a similar poll conducted by the New York Times/CBS News, 44 percent of Americans said that an attack was “very” likely in the upcoming months. However, these statistics are drawn only from registered voters. Just 58.5 percent of Americans between ages 18-24 are registered to vote, compared to 78.1 percent of Americans age 65-74, skewing data in favor of an older demographic. While results suggest that Americans are more fearful of terrorism than ever, they fail to account for a large percentage of teenagers and young adults.

While a majority of American voters have some level of fear of a potential terrorist attack, American teens seem to possess differing views. In a random survey of 87 Paly students, just 8 percent are worried about being impacted by terrorism, while 48 percent are “sometimes” worried and 44 percent are not worried.

“[Terrorism is] very uncommon,” senior Charlotte Moffatt, who is not fearful of being directly impacted by an attack, said. “It’s more likely that I’ll die or be hurt in a car crash [than a terrorist attack], and yet I still drive places, so I see no reason to be worried.”

Even in some of the nation’s most prominent and populated cities, students consider the possibility of an attack to be slim. While the potential for terrorism is always existent, students feel that focusing on the unpredictable chance is irrational.

“I’m sure everyone living in New York City has passing thoughts about being the next victim of some terrorist attack, but it’s just as useless to worry about terrorism as it is to worry about getting cancer from being out in the sun,” New York University sophomore and Paly alumna Rachel Cui said. “There are some precautions you can take, like avoiding areas that are more likely to be target venues for terrorist attacks, but it’s ultimately out of your control.”

The recent increase in Americans’ fears of the potential for terrorism is due in part to extensive media coverage on the subject. As Americans are presented with detailed reports of attacks occurring throughout the world, they in turn become more wary of the similarities between their own lives and the lives of those affected in attacks — crowded markets, classrooms of students, concert halls and office buildings. In reality, the probability of an American being killed in an act of terrorism on home soil is extremely low. In November, infamous hacking group Anonymous, who declared “war on ISIS” following the terror attacks in Paris, attempted to assuage American fears by proclaiming that the likelihood of being killed by an incident of terrorism is just one in 20 million. However, those who have experienced or nearly experienced the effects of terrorism firsthand may be more likely to be fearful of an attack in the future.

“I’d say that I’m more wary of a terrorist attack than my peers because I was minutes away from a large-scale terrorist attack in Paris this past semester while studying abroad,” Cui said. “One student’s thoughts on terrorism can be completely different from another student’s, depending on where they’re from and what they’ve experienced.”

While some share similar views regardless of their domestic whereabouts, perspectives may drastically change in other parts of the world. In recent months, Europe has increased security advisories in several countries following heightened terrorist activity, causing a negative shift in the attitude of some Europeans towards the potential of an attack. Palo Alto teenagers seem relatively unconcerned by the possibility of acts of terror, but those living in or near recently affected areas in Europe are more apprehensive about potential attacks.

“The terrorism risk has gone up greatly throughout Europe, so to be living in London and attending a school…next to the French embassy is very frightening,” Emily Dobson, a 16-year-old student at Queen’s Gate School in London, said. “I would assume that American teens living in suburbs would be less fearful, since they’re not as prominent a target for an attack in comparison to somewhere like London, Paris or Brussels.”

Teenagers share similar views in U.S. cities and suburbs, but teenagers in Europe, situated in the midst of threat, are understandably more anxious of their safety. Despite recent surveys that have relayed many Americans to be fearful of a terrorist attack, teenagers are generally doubtful of the plausibility of such an act occurring. Across the globe, teenagers have varying views on the likelihood of acts of terror, and no poll can truly summarize the dismissiveness, or uncertainty, of millions of people.