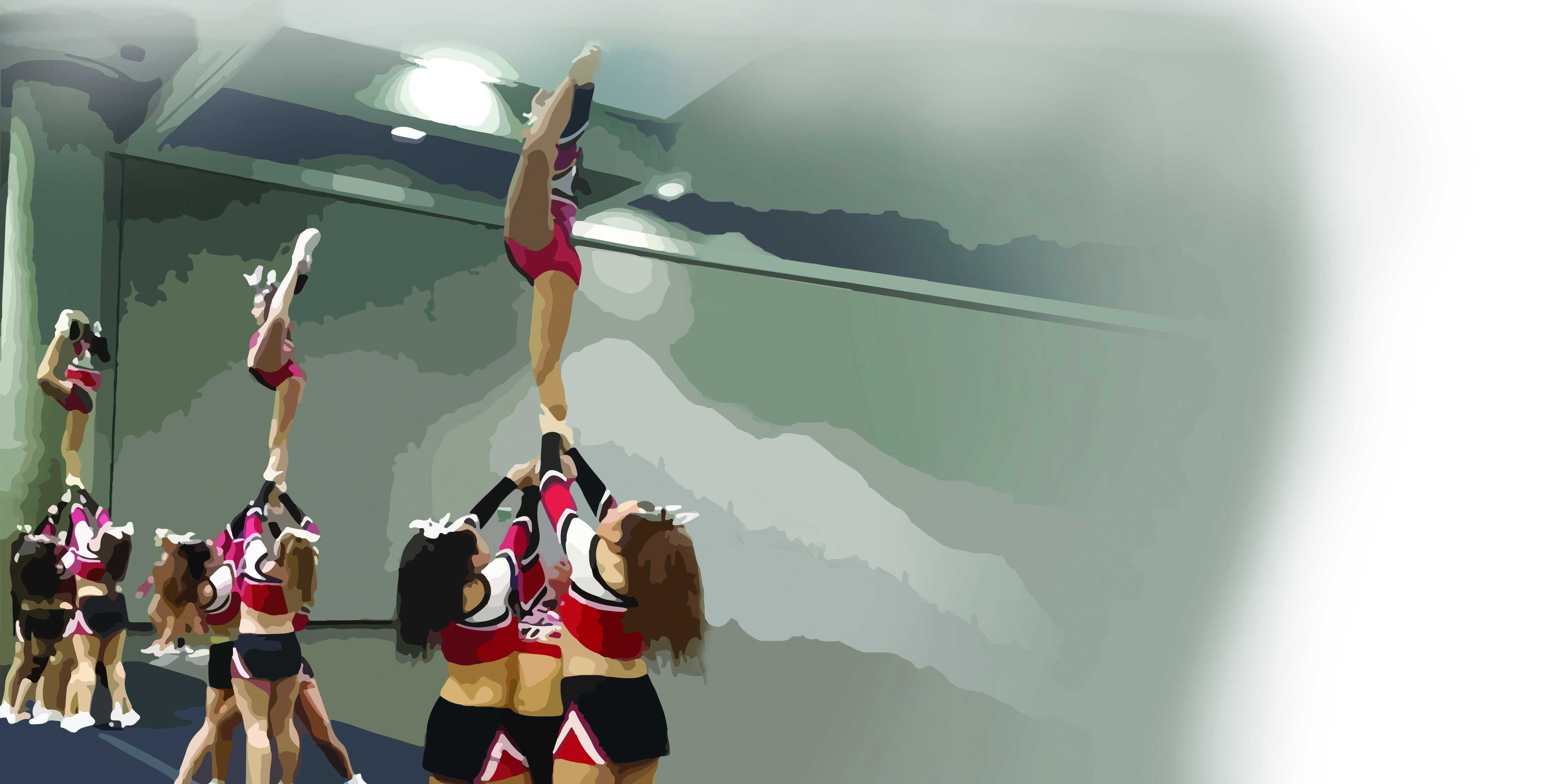 CHEER AND DANCE OUTSIDE OF PALY

The crowd jumps and chants along as students in green and white uniforms toss around pom poms and perform stunts. Everything falls silent and loud music blasts as another group of students dressed in black get down on the football field.

Though this is where Palo Alto High School’s cheer and dance team members are usually seen cheerleading and dancing, a number of them can be seen in a different setting; many members are also involved in competitive teams outside of school.

HOW IT ALL BEGAN

Senior Leila Benest began her career on Paly cheer her freshman year, when a Paly student encouraged her to try out for cheer with her. Once she made it onto the team, Benest found joy in stunting, competing and performing. After a few years, she felt her experience with Paly cheer was not enough, and she hoped to explore more of the competitive side of cheer.

“I was trying to find [an All Star team] because I felt that [Paly cheer] wasn’t pushing me enough,” Benest said. “I wanted to do more — I love competing and [Paly cheer] only competes once or twice a year.”

During Benest’s junior year, a fellow Paly cheerleader joined the Cheer Dynasty Elite (CDE) All Stars team and invited her to join as well.

Conversely, Paly co-captain and senior Melanie Guan started dancing on an outside team first. Guan attended Dance Connection, a local dance studio, starting at age four and later joined their competition team after being encouraged to do so by the team director. Guan’s love for performing then developed.

“I enjoy being on stage because it gives me this sort of excitement that I can’t experience elsewhere,” Guan said.

During her freshman year, Guan was at a different outside studio and due to conflicts, was unable to try out for Paly’s team. During her sophomore year, she rejoined Dance Connection and also decided to get involved with Paly’s team.

“I knew that [Paly dance] would be a different experience from Dance Connection,” Guan said. “I would have a bigger role in [Paly dance’s] leadership and choreographing.”

As co-captain, she has grown her alternate joy for choreography and her bonds with other dancers.

“Having this role allows me to choreograph a lot,” Guan said. “I [also] love my teammates and I want to spend quality time with them while improving our dancing.”

We push each other, and everyone just loves the sport and doesn’t care if they’re gonna puke on the mat

SCHOOL TEAM VS. OUTSIDE TEAM

Upon joining CDE, Benest has noted key differences in motivation and drive between her peers in CDE and those in Paly cheer.

Besides differences in determination, she also felt a difference in difficulty. To her, Paly cheer is more relaxed, but CDE, on the other hand, is more competitive and intense.

“[Paly cheer] is not as hardcore — there are a large amount of practices where we just do a couple things and we hang out,” Benest said. “[At CDE] we push each other, and everyone just loves the sport and doesn’t care if they’re gonna puke on the mat [during practice].”

For Guan, the main differences between Paly dance and Dance Connection’s competition team are styles of dance and her roles on each team. In Paly dance, Guan tends to perform more jazz and hip hop, while Dance Connection focuses more on contemporary and lyrical styles as well as dance artistry.

As a school team, Paly dance is geared more towards cheering during football and basketball games, aiming to show school spirit. At Dance Connection, however, Guan mainly trains for competitions and performances.

In Paly dance, Guan’s focus is more toward the team as a whole  but at Dance connection, she focuses more on herself.

“In Paly, I have a role of the leader which means that I focus more on the team members than myself,” Guan said. “At Dance Connection, I am able to work on myself and better my dancing skills.”

One of the main difficulties of being a part of two teams is the large time commitment. Not only do the teams take up time, but they also take up money.

Benest also discussed conflicts between each team’s coach; they often have problems with competition and rehearsal schedules. In addition to competing, her coaches worry about potential injuries.

“My All Star coach didn’t want us to get hurt, and [both coaches] are scared that we’re gonna get hurt on the other team,” Benest said.

In Paly, I have a role of the leader which means that I focus more on the team members than myself.

Guan deals with similar problems of time commitment, high costs and coach conflicts while being a part of two teams, but she noted that many Paly dancers also attend Dance Connection, so the Paly dance team tends to work around their outside team schedule.

In addition, Guan finds it difficult to memorize all her choreography. She has a number of competition pieces for Dance Connection as well as for spirit squad and Paly dance team’s competitions.

“We are currently working on about six pieces and I have to memorize four more pieces along with that,” Guan said. “My mind sometimes gets jumbled between [Paly and Dance Connection].”

Benest’s and Guan’s experiences being involved in two teams vary greatly. Nonetheless, as they  discuss their introduction to the activity, compare the two teams and talk about team conflicts, one thing is clear — both Benest and Guan have a deep appreciation and passion for their teams. 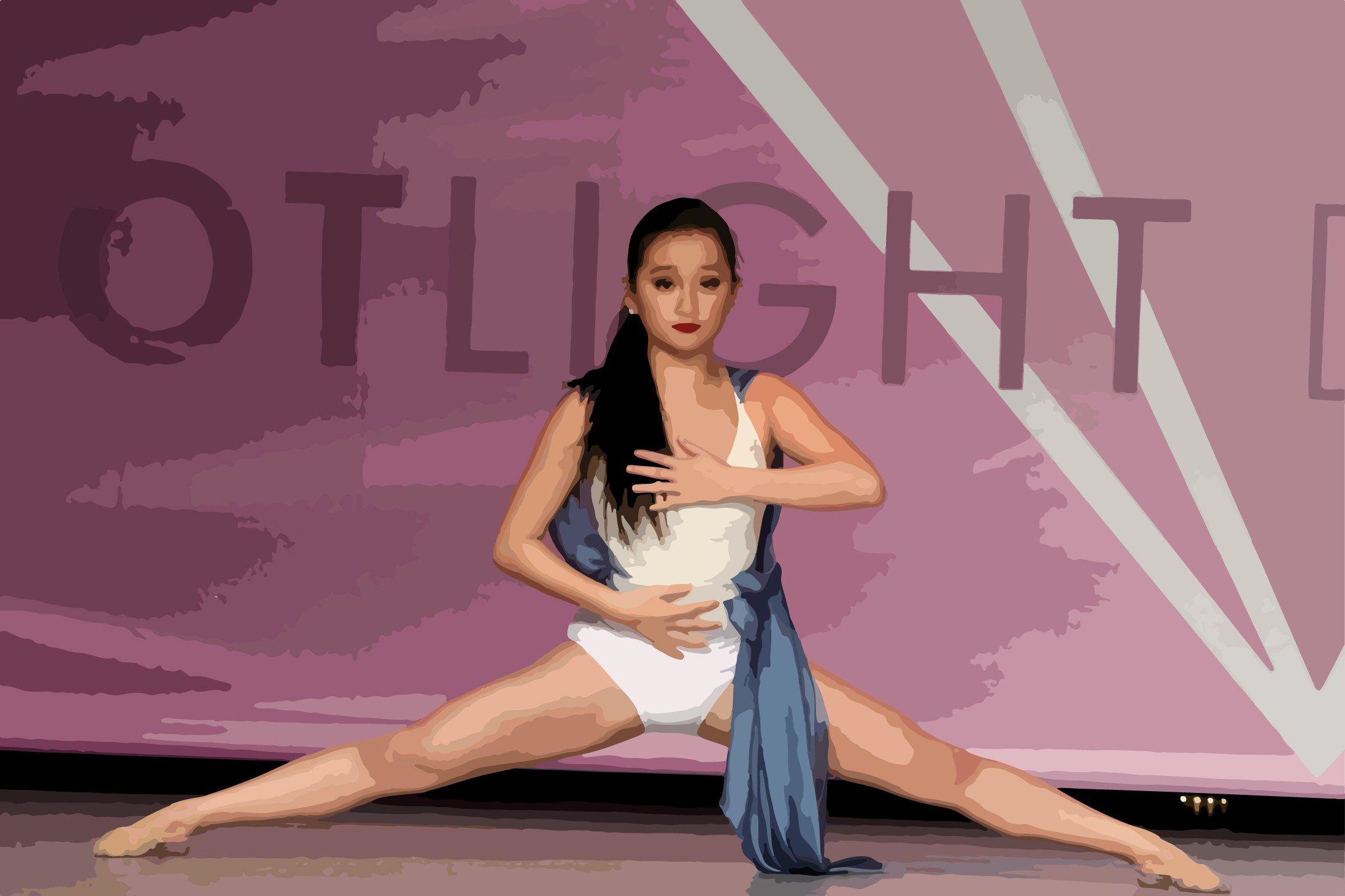