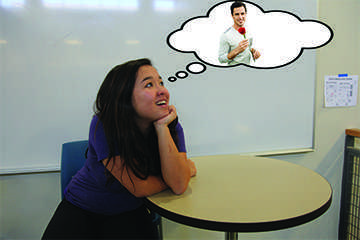 How “The Bachelor” ruined humanity

We all dream of finding our soulmate sin situations that almost seems as if it was scripted. We all dream of liv- ing in mansions in Los Angeles with 25 other women as you date said bae. We all dream of going on trips to exotic places such as the Bahamas, Mexico and Warsaw, Ind. with this love. Many reading this may be very oblivious to what I am hinting at, but I think many girls (and select few guys) will understand what I am referencing: I am talking about: “The Bachelor.”

“The Bachelor” is a reality dating show when one perfect man — who is unexplicably still single — dates 25 women.These women are also unusu- ally pretty and the fact that they need to go on television to find love leaves everyone else with no hope. During the show, cat fights happen, roses are given out, vacations take place and the next thing you know, The Bache- lor finds love! Well actually, that can’t necessarily be said because most rela- tionships on the show don’t work out.

With all the insane women that are on the show along with how this Bachelor is the perfect Ben (yes, ABC did use this slogan for promotion this season), this has been a very entertaining season. This past week Ben Higgins did find love as he said JoNO to Jojo and chose Lauren B. to be Lauren Bae — he gave her the final rose and they will go live happily ever after (staying together for five months before breaking up). Though this season has brought me a lot of joy, it has also made me give up on humanity more than anything else, and that says something about us considering Donald Trump currently being the leading candidate for the Republican Party. Let me tell you why.

No one on the show thinks it’s weird that they are promoting polygamy. Taken out of context, a man dating 25 women and then having ceremonies to kick 24 of the women out of his life can raise many problems for feminists and honestly, just people in general. Somehow, reality television has convinced a good chunk of society that this situation is normal and no one questions it. One of the best episodes of the season is “Hometown Dates,” when Ben goes to the hometowns of the final four contestants (surprising, I know) to meet their families. Every dad brings up that this is a very unusual way to meet a man, and questions if his daughter really loves Ben or if it’s just because he is on a huge pedestal. Every woman will usually tell her dad that she has never loved anyone more than she loves Ben, even though at this point she has only had a few hours of alone time with him over the span of six weeks. I mean come on — I’m in love with Ben and I’ve never met him — ladies, this is NOT what true love is, it’s lust.