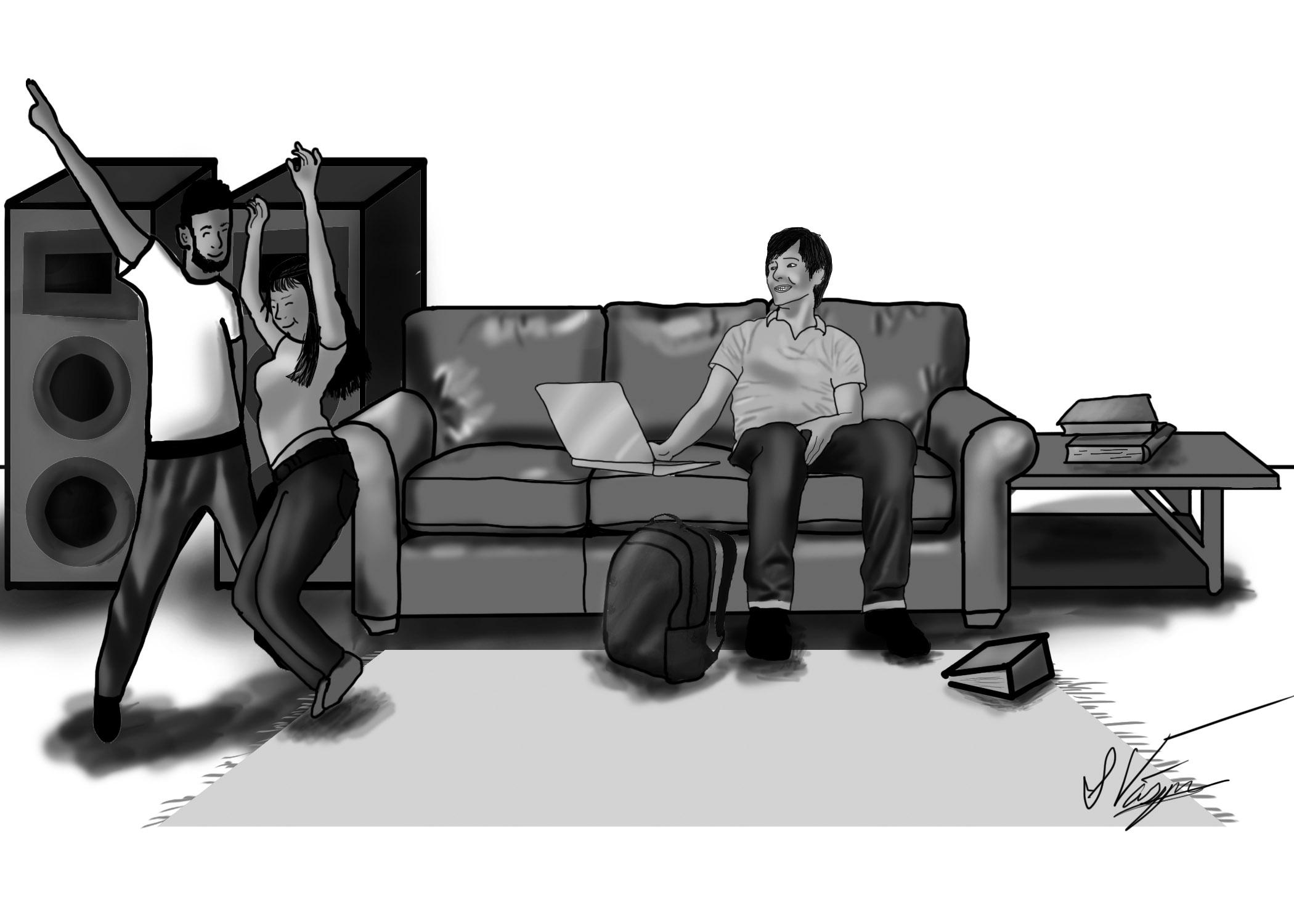 The quality of a school’s education is usually determined by how well students leverage resources and not the university’s brand name.

Jessica Wong
Lifestyle
April 28, 2016
Many high school students face pressure from classmates, peers and parents to work towards attending the best university possible post-graduation, regardless if the school is a world-renowned university or community college. Every year, on May 2, the majority of Palo Alto High School seniors follow the tradition of proudly donning the colors and logos of their destinations for the fall, signifying the end of the exhaustive college process and celebrating the beginning of a new, exciting chapter in their lives. However, even after beginning college, students may face scrutiny for their school of choice, based solely on name and reputation. Those who choose to attend universities notorious for having active party scenes are sometimes looked down upon by others — their accomplishments reduced to the reputation of a college.

Particularly in high-achieving areas, students are often held to a standard of attending prestigious, household-name universities, and when they deviate from this frequented path in favor of schools known mostly for partying, they may be met with mixed reactions from peers. Colleges such as San Diego State University (SDSU) and the University of California, Santa Barbara (UCSB), are often known predominantly for their social scenes, overshadowing their impressive academics programs. Similarly, students who choose to attend such schools are sometimes viewed as big partiers, and therefore seem to be less serious about their education than their peers who enroll in universities more known more for their academics.

“When I decided to go to UCSB, some of my peers were surprised,” Paly alumna and UCSB freshman Ariana Tindall said. “I’m not a huge partier, so some people wondered why I was planning on going to a party school.”

Despite the negative stigma surrounding colleges with reputations as party schools, Paly alumna and SDSU freshman Livi Musil received positive feedback from peers toward her college commitment, with remarks of the partying nature of the school made only in good spirit. Although such colleges may be less academically rigorous than other top universities, Musil has found that the absence of cutthroat competition commonly seen in academic institutions has enhanced her overall college experience.

“At SDSU, everyone tries to lift each other higher,” Musil said. “I didn’t want to go to a college where competitiveness harms the learning environment.”

As with every college, these party schools still provide a valuable education and allow students to grow personally and academically, factors that are often overlooked because of the notoriety of the school’s social scene.

“SDSU is definitely a party school … that stigma holds true,” Musil said. “However, the quality of education can be overlooked when partying is the most well known aspect of [a] university. At SDSU, I’m offered a lot of resources and competitive positions. I don’t think I would have been able to grow this much as a leader at another school.”

Although a party school title may seem to carry less significance than that of an Ivy League university, the reputation of a school does not equate to its quality. While a state school may not be as academically rigorous as an Ivy, a student’s overall experience at either school is not dependent on its name, but instead on factors such as its resources, opportunities, student body, extracurriculars and location.

“I think that there’s this assumption that ‘party’ schools like UCSB or SDSU are just not on par with schools seen as more academically centric, such as Tufts,” Paly alumna and Tufts University senior Laura Cui said. “When I got accepted to Tufts, I was met with a lot of praise, whereas a friend who got into SDSU didn’t receive as much. I personally believe what matters is what a student takes away from his or her school and what they want out of a college experience.”

Due to the stigma surrounding party schools, students who attend them are sometimes viewed as less driven than those who choose schools with greater emphasis on academics. However, aside from the various factors that contribute to a student’s fit and connection with a school, some choose to attend lower-cost undergraduate universities with the intention of enrolling in graduate school after college, making the informed decision to attend a school that may be less academically rigorous as a means of being able to pursue even further education.

“I plan to go to graduate school, so SDSU was a smart choice financially,” Musil said.

For many, the cost of college is already a financial strain, and for students who want to enter graduate school, the price tag of a larger undergraduate university is simply unrealistic. By attending a state school, students pay a fraction of the price of other universities, while still receiving a quality education. For example, the estimated total undergraduate cost for a California resident at SDSU in an academic year is $21,896, whereas the same student would pay approximately $34,062 to attend the University of California, Los Angeles, $45,390 at Caltech and $67,212 at the University of Southern California annually. With the label of a state school, however, often comes a reputation for inferior academics and excessive partying, causing students planning for their future to be regarded as less accomplished than their peers, despite their achievements.

“I would strongly encourage those making college decisions to consider what they get out of their degree,” Musil said. “Don’t choose your home for the next few years based solely on a title, make a holistic decision.”