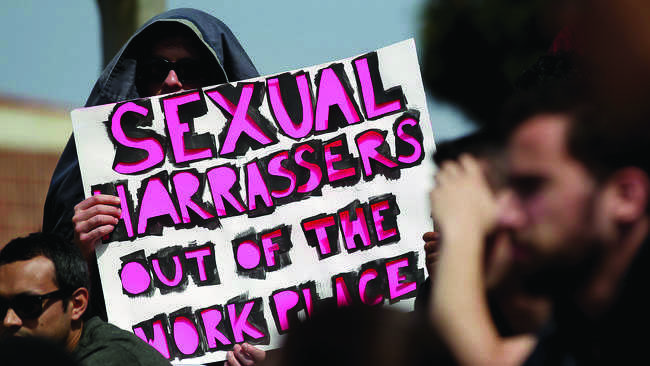 University of California (UC) President Janet Napolitano is working with students and administration to reform UC Berkeley’s response to a myriad of allegations of sexual misconduct. An investigation on April 6 into UC records found that 19 employees had violated sexual conduct policies since 2011.

Steele’s resignation comes with approval, as 30 percent of students who were polled in March supported his resignation.

“I think his resignation removes some of the roadblocks to change,” Michael Burawoy, a UC Berkeley sociology professor, told the Daily Californian.

Choudhry was accused of repeated instances of forcibly hugging and kissing his executive assistant, Tyann Sorrell.

After making a complaint, Sorrell criticized the administration for failing to punish Choudhry severely, as he received a one-year pay cut, counseling and orders to formally apologize to Sorrell. Additionally, Sorrell was reassigned to another position in the university while Choudhry remained as dean.

Napolitano received criticism regarding this matter, as she was only made aware of the case against Choudhry when it reached the media. She responded by working with UC Berkeley Chancellor Nicholas Dirks to remove Choudhry from campus.

“It’s 2016,” Napolitano told the San Francisco Chronicle. “Enough is enough. The University of California should be leading by example, not by mistake.”

After the release of documents related to past sexual misconduct charges, new information came to light surrounding the resignation of Astronomy Professor Geoffrey Marcy. Marcy, who resigned in October 2015, was accused of buying students drinks and inappropriate dancing, some of which dated back to 2001. Records show that Marcy’s only punishment was a warning.

“I have worked hard to change and will continue to focus my efforts on promoting a supportive and respectful environment both in the Astronomy community and more broadly,” Marcy wrote to the New York Times after his resignation.

Further accusations surround the athletic department. UC Berkeley fired an assistant basketball coach, Yann Hufnagel, in March, after he was accused of harassing a female reporter. Hufnagel is currently in the appeals process. Most recently, on April 22, a rowing coach was accused of making sexual comments to a student.

In addition, two graduate students are taking legal action against UC Berkeley for the mishandling of their charges of sexual harassment against Assistant Professor of East Asian Studies Blake Wentworth.

Wentworth was previously suspended but now remains teaching, despite students raising concerns over a year ago.

“I get angry when I hear women being harassed, and again when they report and not much action is taken,” senior Karen Kuo, who will be attending UC Berkeley next fall,said.

Dirks and Napolitano have worked together to combat repeated mishandling of sexual misconduct cases. Dirks named Carla Hesse, former history professor, as an interim lead for improving response to sexual harassment and assault.

In a March 18 letter to the UC communities, Napolitano asserted her dedication to maintaining safe campuses. In 2014, she established the President’s Task Force on Preventing and Responding to Sexual Violence and Sexual Assault.

Additionally, she has worked to form a committee of students and administrations to reevaluate the procedures for handling cases of sexual misconduct. Napolitano finally appointed a variety of faculty and staff to a UC-wide peer review committee, evaluating system-wide procedures.

“We’re not shying away from these issues; we’re acknowledging them, addressing them, fixing them,” Napolitano said.  “Californians have a right to be proud of us, and we want to work to maintain that.”