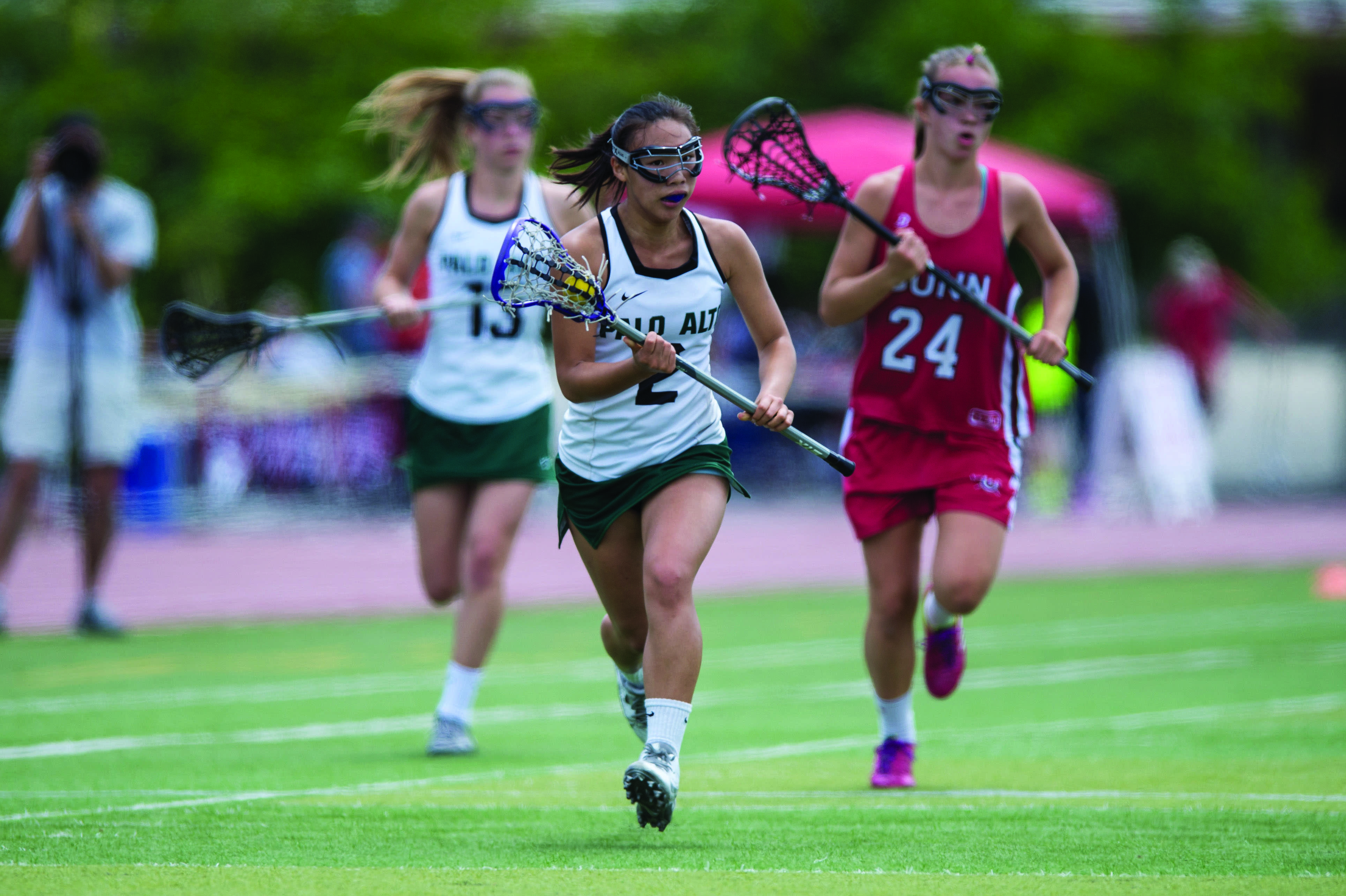 Thomas Smale
Sports
May 19, 2016
Girls lacrosse headed into the Santa Clara Valley Athletic League (SCVAL) tournament as the top seed and emerged from the tournament as champions, making this the second consecutive win for Palo Alto High School’s team. Besides Paly, most teams in the league had fairly equal records, meaning that the tournament was up for grabs.

“We played together as a team and we trusted each other and trusted that our teammates would make the correct decision make the right play,” sophomore Emma Staiger said. “We really pulled together everything we’ve been working on throughout the season.”

Paly played Mountain View High School, who previously beat them in April, which took place shortly after spring break ended, leaving many players out of practice upon their return. Paly beat Mountain View 13-4 in their first match up, but lost 4-3 in the second game they played.

Paly defeated Mountain View High School 10-8, knocking the Spartans out of the tournament. Paly therefore advanced to the championships, where they squared off against Gunn High School. The game against Gunn was close, with a final score of 5-3, in Paly’s favor.

“Gunn tried really hard to shut down some of our most important players like Maya Benatar, but we were still able to beat them because on our team it doesn’t circulate around just one or two players we really work together as a team,” Staiger said.

The intensity of the game came as a surprise, as Paly beat Gunn easily in the two regular season matchups. Gunn upset Leland High School in Central Coast Sectionals (CCS) to advance to the league championship game; however, Paly struggled in its games against Leland High School all season.

We trusted each other and trusted that our teammates would make the correct decision and make the right play.

The two close playoff wins continued the trend of competitive games for Paly. The team defeated Saratoga High School by two goals and both Leland High School and Los Gatos High School by one goal.

“We have a couple strategies as far as figuring out these teams we are going to be seeing in the playoffs,” senior captain Maya Benatar said. “We know what we had trouble with last time we played them and are trying to adjust to that. We also know certain players we need to shut off and we are also practicing attacking against certain types of defenses those teams play.”

Sophomore Ellen Gonche and freshmen Abby Ramsey and Emily Wood have stood out as top scorers for Paly this season. They are good examples of the youth on the field contributing to the team’s success. While Paly should be even stronger next season because their team is so young this year, they will lose several key players especially missed because of their leadership.