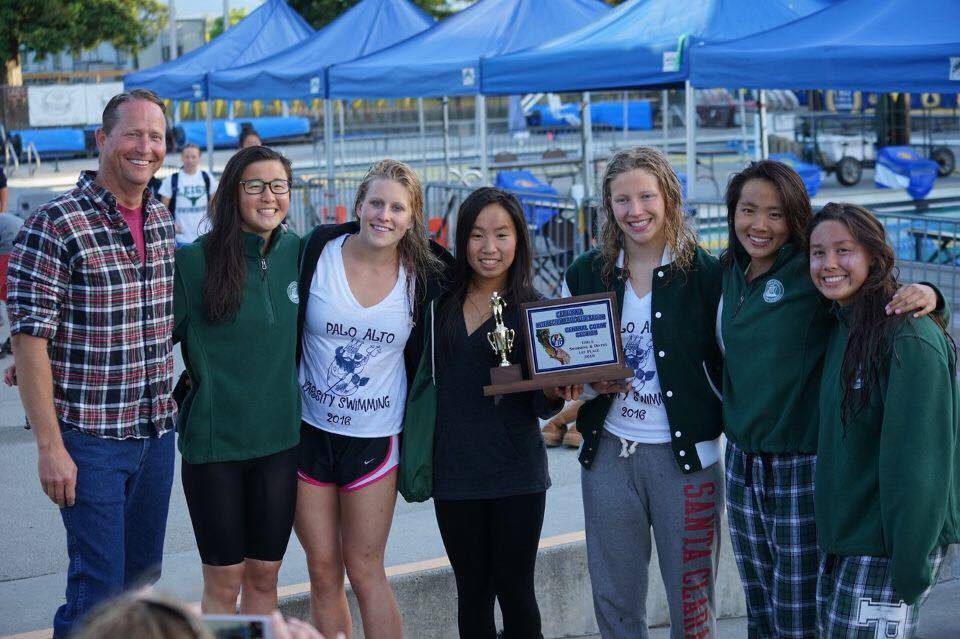 The girls did similarly well at CCS, placing first for the third time in the program’s history. Sophomore Peyton Wang, Lusk, Zhao and senior Katie Francis set a new school record in the 200-meter medley relay.

The boys ended their season by taking second place at SCVALs and third place at CCS.

“We started getting ready for CCS a couple weeks ago,” junior swimmer and diver Ben Beaudry said. “We just took it easy during practices and spent a lot of time just relaxing and getting in the right mindset. We also did some visualizing, which is a mix of meditation and sleeping before all of our practices.”

The team worked hard throughout the 2015-16 season to claim the SCVAL title. Despite the loss to Henry M. Gunn High School, who took first place in the league,  junior Alex Liang looks back on the season positively.

“The season has been pretty good,” Liang said. “Although we wish we could’ve won leagues, we had a lot of solid swims throughout the season, and we ended up with only one loss to Gunn, so we did really well.”

Liang also reflected on the team’s growth and thinks of ways to improve next season.

“I think we made an improvement on our technique and flip turns to help us swim even faster,” Liang said. “Next year I think we need to build a little more confidence much earlier in the season. That would help us train and believe that we are able to win leagues and CCS.”

The boys are confident that they will be able to win CCS and take first place at SCVAL next season if the team becomes more cohesive early in the season.

“The team has constantly improved throughout the season from bonding with each other and putting in the work, but we still have a ways to go,” Beaudry said. “We still need to work more in being one, and not separating into groups or cliques based on where we swim for club. If we can do that, I think we can definitely beat Gunn and Bellarmine [High School], ar at least vastly improve our times.”