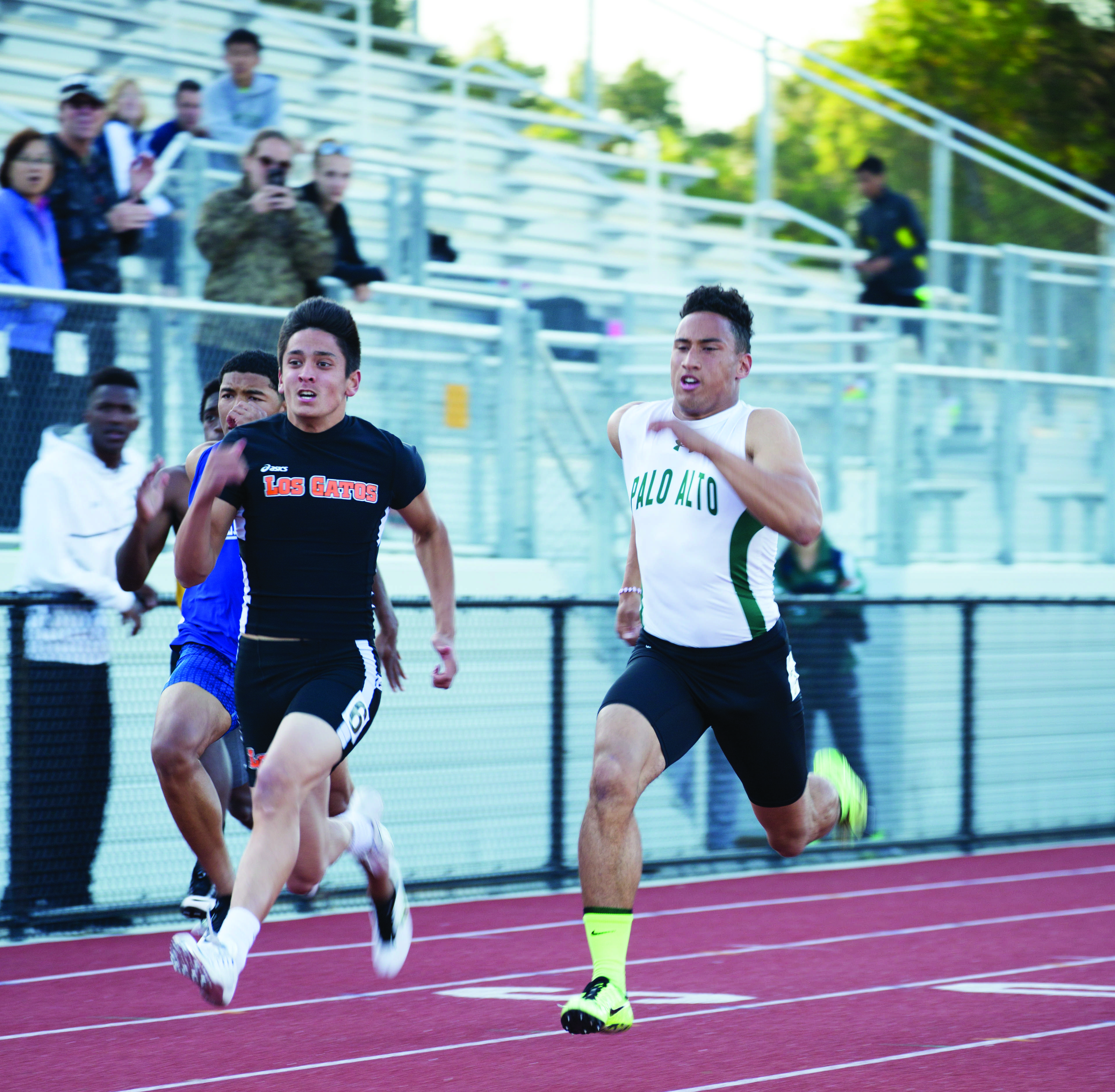 Kiran Misner
Sports
May 19, 2016
The Palo Alto High School track and field team recently competed at the Santa Clara Valley Athletic League (SCVAL) finals. The team excelled overall, qualifying many runners for the Central Coast Section (CCS) meet. According to sophomore long distance runner Sam Craig, the team had one of their best meets of the year.

“It was so fun to see all of our Paly athletes competing and I’m proud of all our guys who are moving on to CCS,” Craig said.

Senior Catherine Yu ended her last SCVAL competition with a very special performance, setting the Paly record for 100-meter hurdles. Yu clocked in at a time of 15.05 seconds. Senior Eli Givens placed second in SCVAL finals and tied his personal record for the 100-meter dash. The meet also symbolizes a personal record for sophomore Reed Foster, who qualified for the 1600-meter race in CCS.

“I didn’t think I was going to set my personal record because I started my last lap off really slow, but I turned on the jets late and ended up qualifying,” Foster said.

While most of the track team did exceptionally well, the team also faced heartbreak during the meet. Hurdler Tommy Vonghom unfortunately hit a hurdle during his race and finished with an injury. Additionally, Craig was just barely eliminated from CCS contention by 0.03 seconds.

“I actually thought I had qualified when I finished the race,” Craig said. “Unfortunately, I was off by just a few fractions of a second and I won’t be moving on as a result. It’s sad, but it’s what it is.”

With his discus throw and impressive triple jump, junior Michel-Ange Siaba accomplished his goals for the season and qualified for CCS.

“Early on in the season, I knew I wanted to compete at CCS,” Siaba said. “I’m really excited to see what the rest of the season will hold.”

The Vikings will travel to San Jose City College on May 21 with hopes of qualifying as many people as possible for the CCS trials this season and therefore help win the sectional championships.