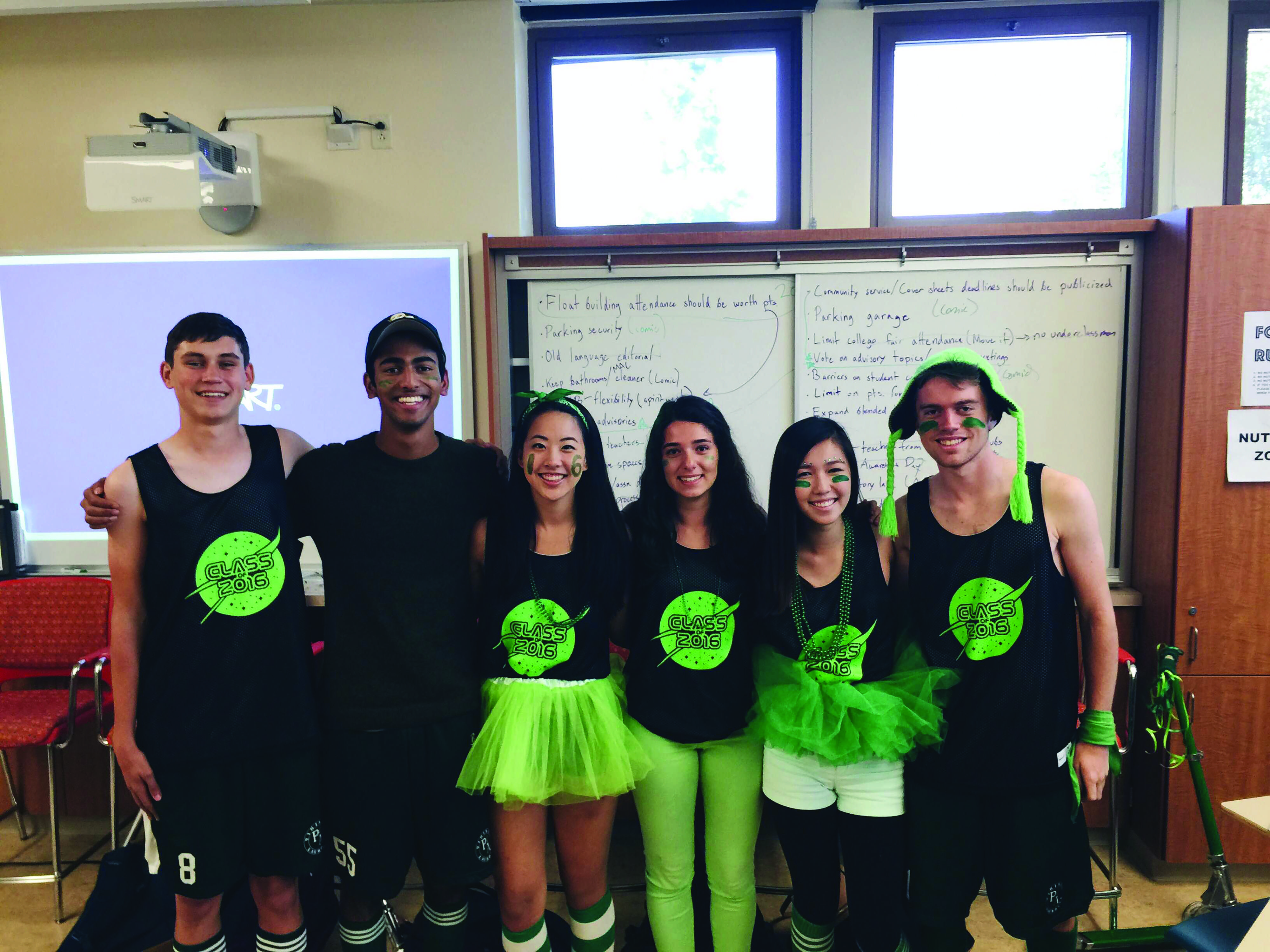 It’s not easy being an Editor-in-Chief (Theed) of The Campanile. Sometimes, in between their scheduled 8 p.m. Wednesday night tantrum and their 8:15 p.m. tantrum, the Theeds have to take  time out of their hectic schedules to stop and take it all in. So do we. So let’s look forward to where they’ll be in their journey along the byline of life.

We thought it best to start with Mr. LinkedIn himself: Mischa Nee. Let’s fast forward to sometime in the near future, where we caught up with Mr. Nee at his job as CEO of six CEOs at LinkedIn, a position earned solely on breaking the record for connections in the networking site’s history.

“It’s all about the connections,” Mr. Nee said. “If you substitute the second ‘n’ in ‘connections’ for an ‘e,’ you could even say there’s only ‘Nee’ in connections.”

Next we caught up with Owen Dulik, the man who puts the “od” in “God.” We found out he had changed his name to Ronald Reagan III after college (sorry, we have no idea who Ronald Reagan II was). Mr. Dulik then went on to revive a Republican party split once again by the death of long-time leader Donald Trump. Dulik restored classic conservative values to the party and even won the presidency. However, halfway through his first term, Mr. Dulik resigned as president and retired to a cave in the Appalachians for some soul-searching.

We found Nikhil Rajaram seated behind his desk as head of NASA, browsing Reddit with Led Zeppelin blasting out of his speakers. Following a stint as a Bollywood “acting” star, he returned to the U.S. where he took up his current job as head of NASA. In his spare time, we discovered, Mr. Rajaram actually models for Supercuts, his personal favorite cut being, surprisingly, the military buzz.

“It’s really efficient,” Rajaram said. “I’m a no frills kind of guy, so I come in and have them buzz it all off.”

We then caught up with Stephanie Cong at a resort in Kauai, where she was taking time off from her hectic job as a successful entrepreneur to reflect on her achievements as one of the most important figures in Silicon Valley, where she disrupted the market and redefined the true purpose of business in the 21st century. She decided that she had to give back in a big way to the community that made her. It was with this in mind that she created DECA for adults, a way for adults to continue honing their skills as businessmen and women.

We then had to go halfway across the globe to catch up with Miranda Chen, where she barely had time to meet with us in between meetings with various members of her cabinet. Early into adulthood, Ms. Chen moved to the Democratic Republic of Congo where she worked as a UN Peacekeeper, but fell in love with the local culture and left the peacekeeping force to become a naturalized Congolese citizen. After becoming a Congolese national, Ms. Chen led a successful and bloodless coup against the government. Under her rule, Congo became one of the most prosperous nations in the world, mostly thanks to its high-volume export of leggings.

Lauren Klass was found on tour as part of a motivational speaker series, which she kicked off at Paly’s own Career Month. After high school she discovered in college that she had a hidden talent for basketball, which led to her being the first woman to play in the NBA. Lauren went on to be named NBA MVP four years in a row. She then retired early from basketball and devoted her life to philanthropic efforts and political activism that resulted in her being named Time Magazine’s most influential person of the year three years in a row. She then took a break from her causes to write the motivational self-help book: “Ok guys” before returning to the political arena.

Good luck with life, it’s been good and we love you Theeds16.