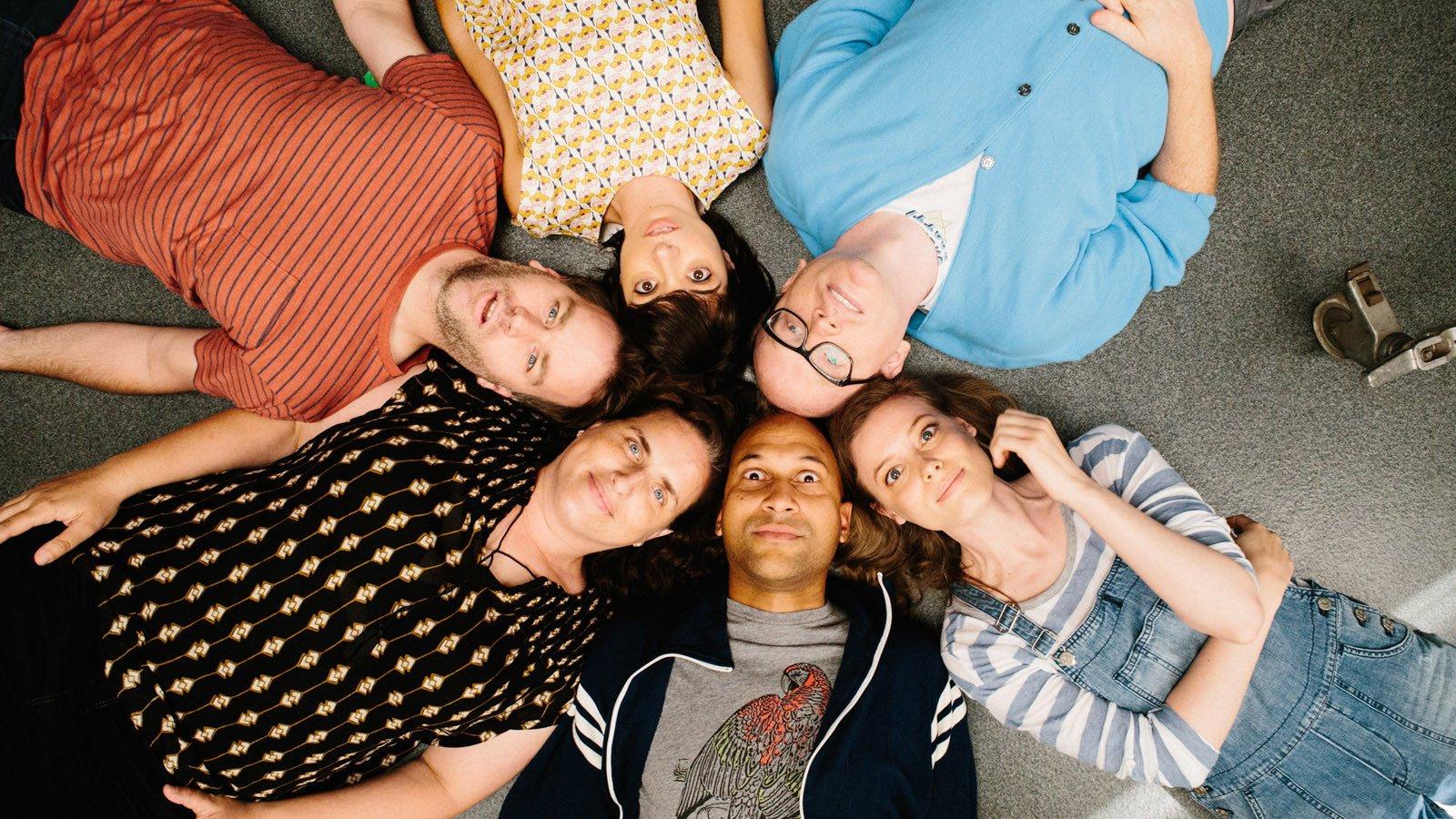 Sometimes it works, sometimes it doesn’t, but when it does, it’s like open-field running.” said Robin Williams when asked about his thoughts on improv-comedy.

Now after watching Mark Birbiglia’s film Don’t Think Twice, it is clear to me that Mr. Williams had left out the part that when improv fails, it’s like standing in a field of quicksand — trapped, unable to do anything but to endure a slow, painful demise.

Funnily enough, this was the exact sensation I got from watching the film.

Improv comedy initially began as a way for actors to prepare for a show, but it has evolved over recent years into a respected theatrical art itself. In improv comedy, artists take on different roles and create stories on the spot, often with the intention of making a hilarious exchange with no preparation.

Because of the intensity, skill and surprisingly competitive nature of improv, there exists a great deal of potential in an original story with improv comedy as its subject.

So, when I first heard that respected comedian and writer Mike Birbiglia announced that he was writing and directing an original film about an improv troupe based on his own experiences as an aspiring comedian, I was interested to say the least.

Then, once I read that upon its release “Dont’ Think Twice” achieved an impressive score of 99 percent fresh on Rotten Tomatoes, I was exhilarated. In recent years, we have been witnessing the decline of good cinema as films advertising explosions and simple drama have taken the place of innovative art and complex stories. I was, as I imagine are many filmgoers, thirsty for something new in cinema. Something original, something good.

I was confident that Don’t Think Twice would, if anything at all, encourage a new era of real human stories in cinema instead over-dramatized dribble.

I was thoroughly disappointed.

The film opens with a group of improv-comedians all trying to take their careers to the next level. When one of the comedians, played by Keegan-Michael Key (from the comedy duo Key and Peele) gets a job in the comedy show “Weekend Live’” he becomes isolated from his former group of fellow improv-artists who did not make the cut.

From there, the film follows the experiences of the artists though this massive career shift and challenges their own friendship as they approach the forbidden question of adulthood: “Should I really be doing this?”

If I were to attach an analogy to the film, it would be that of a trying actor with a carnivorous appetite for attention and admiration. Upon first glance, it seems to be a very artsy film with an energetic, youthful vibe. But once you get past the first 10 minutes, two horrible realizations set in: firstly, that this film is actually terrible and secondly, that this is the current standard of film in the modern media.

It is at about this point that the whole film experience devolves into a pit fight with you the moviegoer, stationed at one end, armed with only your critical mentality and your enduring focus versus the rabid hound that seeks to tear your sense of wonder and hope for the future of cinema to shreds.

The beast first pounces at you with new-age New-Yorker style cinematography with aesthetically pleasing and compositionally sound shots.

But you manage to dodge left with the realization that every frame that isn’t an obnoxious medium-long-shot with two characters talking inaudibly with some feel-good music over a blurred background feels crowded and amateurish, as if it was taken straight out of an New York University film student’s thesis.

It doesn’t do anything original, nor does it inform plot. There is absolutely no communication between picture and story.

When the beast realizes that you have just evaded his attack, he turns and prepares to charge again with a cast of familiar faces, including Keegan Michael Key from the comedy duo “Key and Peele.” each playing a young, seemingly adorable character that everyone can relate to.

But I found that these characters were some of the detestable characters I have encountered in film.

They are each selfish, despicable things, fooling themselves and the people around them into thinking that their main interest is to keep their friendship intact when in reality it is to rise above their companion’s careers.

The writing as well is a noteworthy fault. The way the characters speak is awkward and irritable to each other to the point that they don’t even sound human anymore.

The beast now knows your tricks, and assaults you with a killing blow. The plot tells a real story about real dreams being crushed and new developments to characters that are never really revisited.

It’s as if a team of writers got together and said, “What’s the most depressing story we can tell?” I had the privilege of attending a session of Paly’s own improv troupe, to see what the film did get right in improv.  Frankly, I was relieved that the students present there did not share the  characteristics of the protagonists  in the film. In conclusion, I would give the film Don’t Think Twice a strong 4/10.