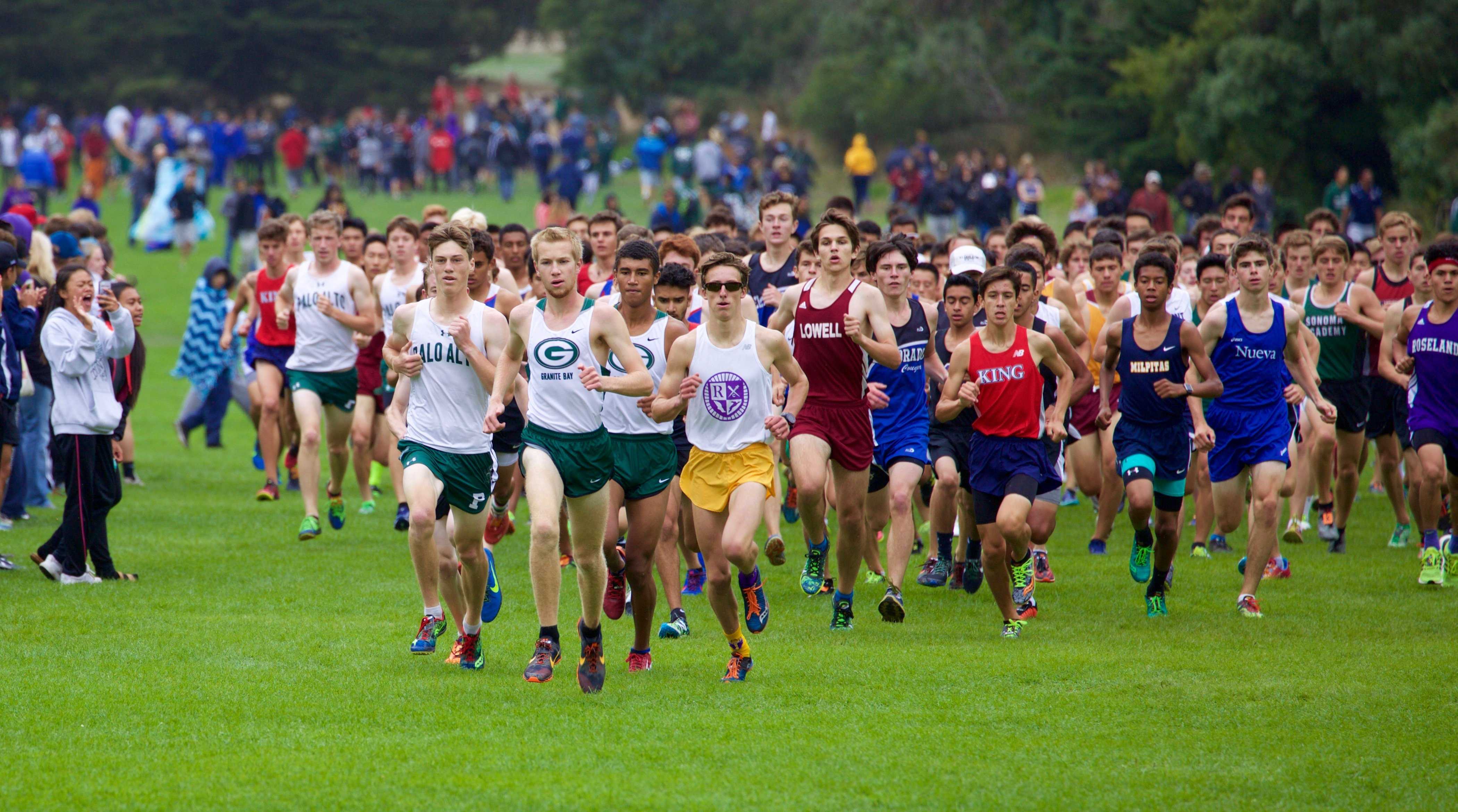 “The Lowell meet went really well in general and the varsity boys won the race by an extreme amount,” Beaudry said. “We all executed the race nicely, especially [our] top five runners who came in 15th place and below in a race of 200.”

The Lady Vikes also had a solid performance, placing 11th out of 27 total teams. Reflecting on the outstanding performances by both the girls and the boys, junior Maya Rebitzer feels that the team developed strong chemistry during the Lowell meet.

“Unlike many of the other teams, we all came together at 7 a.m. and stayed from the first race to the last race and cheered each other on, which [was] a sign of team unity.” Rebitzer said.

Much of the team’s success can be credited to new coaches Michael Davidson and Michael Granville. They may have not yet spent much time with the team, but they have greatly impacted their runners with a grueling training schedule and an emphasis on team cohesion.

“The new coaches basically changed everything, but I think it’s definitely for the better,” Rebitzer said. “In past years, the boys and girls have been separate teams with separate coaches and so this year the coaches are really emphasizing that we’re one team.”

On the girls side of the cross-country team, Rebitzer recognized the performances of promising underclassmen who have the potential to bring a lot of success to Paly in the future.

“There [are] a ton of underclassmen potential,” Rebitzer said. “[Freshman] Miranda Jimenez, for example, is the fastest girl on cross country and placed 17 out of 194 at Lowell.”

While cross-country became a cut sport this year due to the increased number of Paly students wanting to try their luck at the sport, Beaudry believes the change hasn’t negatively affected the team.

“Cuts haven’t noticeably affected the team, although some people may be trying harder in hopes that they aren’t cut or to be on the running list for meets,” Beaudry said.

Additionally, both teams have set goals that they each intend to achieve this season.

The boys team hopes to beat rivals Bellarmine High School in order to capture first place at the Central Coast Section championships (CCS). They are also looking to travel to the state championships for the third consecutive year and solidify their position as one of the best cross-country teams in the state.

The girls, on the other hand, have set their sights on making it to the CCS state meet. In order to achieve these goals, junior Maya Akkaraju believes that the key will be to stay healthy.

“Right now, we’re facing a lot of shin splint injuries and just injuries in general, so we really need to focus on recovering for our upcoming meets,” Akkaraju said.

The team is currently preparing for their upcoming meet where they will face off against the rest of the teams from the Santa Clara Valley Athletic League on Sept. 27.