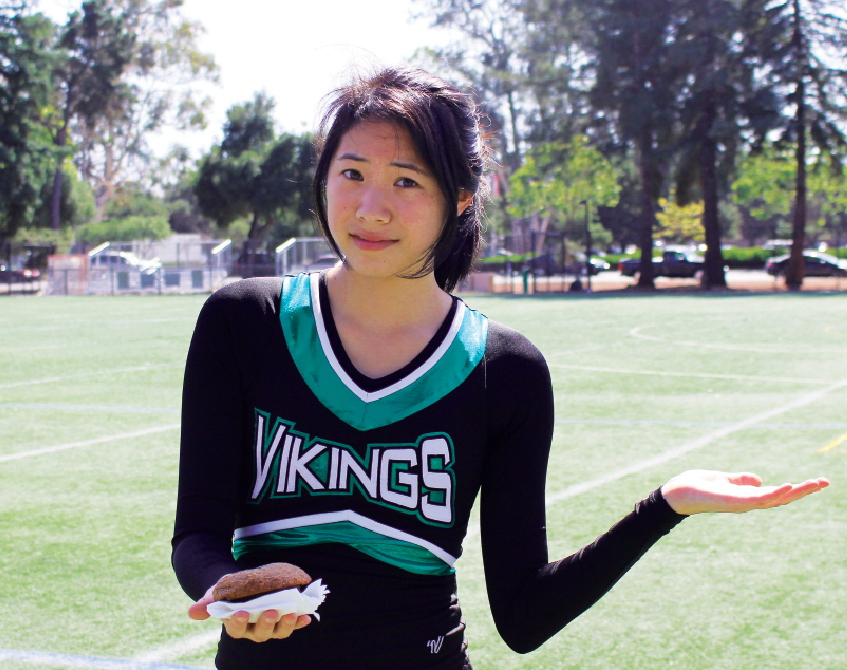 The problem with Football Buddies

Alice Zhao
Sports
September 14, 2016
During my first year on the Paly Dance Team, I opted out of Football Buddies, a tradition in which members of the Spirit Squad, which is comprised of students on the Dance and Cheer teams, show appreciation for players on the football team by giving small gifts and baked goods. I felt like I missed out on what seemed like a fun and innocuous custom — I remember watching my teammates prepare goodie bags, rush to the field smiling and receive free T-shirts. So my sophomore year, I decided to take part in Football Buddies.

This year, the tradition has been revised to eliminate “Buddies.” Instead, I and the rest of the spirit squad have been tasked with making goodie bags for the entire football team — opting out is not an option.

A reminder is sent out: “All members must sign up to bring baked goods for a home game.”

Is it just me, or is there is something about making girls bake cookies for boys that seems outdated? It’s as if we are being told “women belong in the kitchen.” Regardless, we comply, bringing cupcakes and brownies. The coach provides us with green bags adorned with ribbons. Sometimes, I ask myself why football players aren’t doing the same for us — quickly, I brush off the idea. Suddenly we are no longer practicing the sport we signed up for, but instead are participating in an arts and crafts session.

When the buzzer sounds to end each game, us girls do a cheer, rush to our bags of beautifully packaged baked goods, then run out onto the field. “Quickly, before they leave!” shouts one girl. Suddenly, a crowd of girls must chase down the football players to give them their gifts. To me, this paints a very worrisome picture in which girls are constantly chasing after boys, but never the opposite. This is not gender equality.

After all the effort: the baking, the decorating and the running, it’s the girls’ turn to be thanked; however, the ones thanking the girls are not their buddies. No, it’s the football coaches and parents who put together the gifts and make the dinner. While the banquet and the gifts themselves are thoughtful, the thought is not reciprocated by the football players.

In the end, the biggest problem with Football Buddies is that the tradition is not mutual. This is not meant to point fingers at any individual; rather, it’s a call to action.

Some traditions have their limits. Before we can call Paly a progressive school, members of the Paly community must take a closer look at the Football Buddies system. Do we really want to be associated with such outdated gender roles? It’s 2016, and it honestly baffles me that this tradition has not been either completely revamped or discontinued.