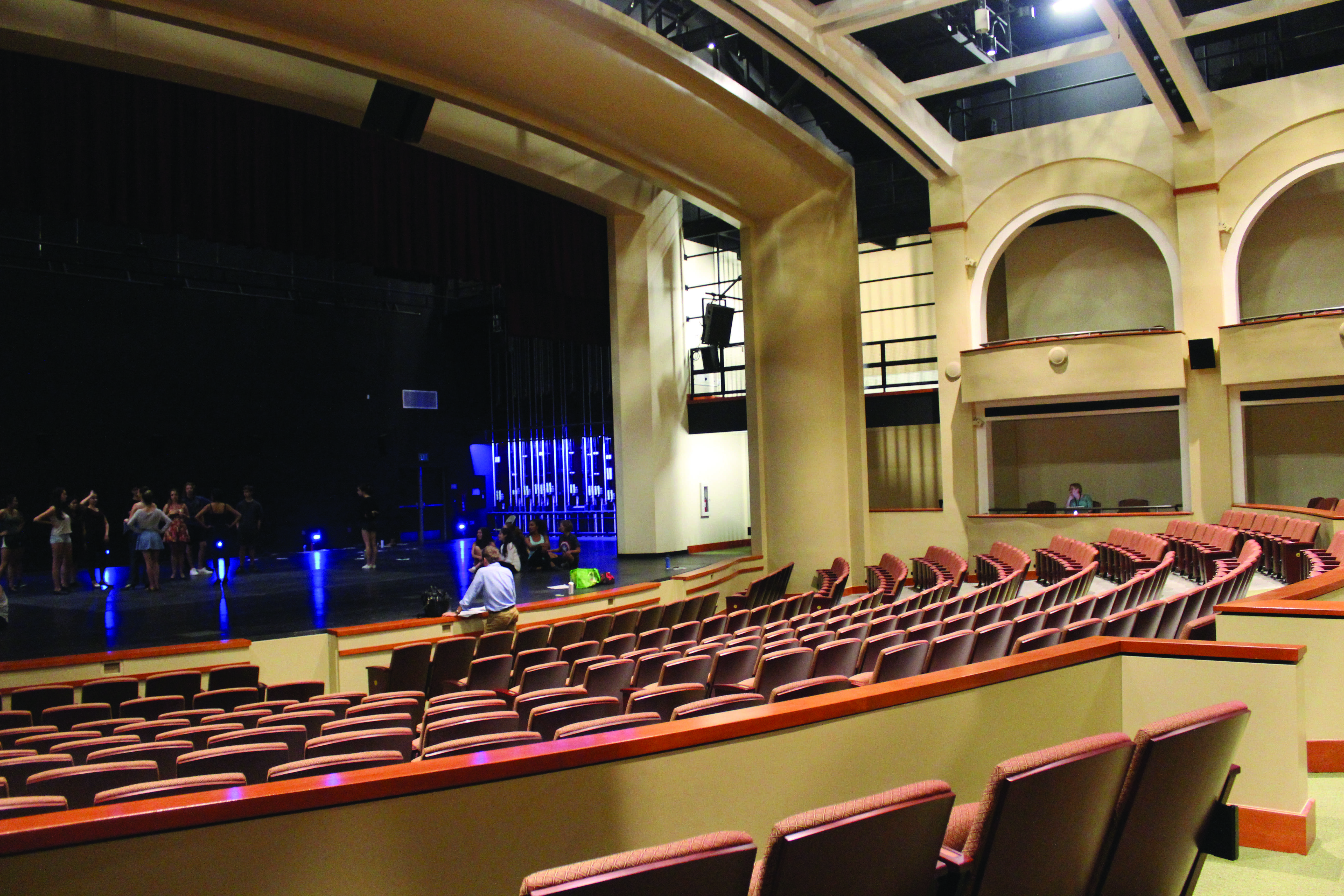 The gala will showcase the PAC’s large stage, huge seating capacity, advanced acoustics and, most importantly, the talent of the performing arts students.

There will be two shows: one at 2:30 p.m. and another at 7:30 p.m. Both will be composed of a series of performances by all the performing arts groups: choir, band and theatre.

“This year, since it’s the grand opening, we wanted to have an accumulative showcase of all the types of art that we have,” said Kathy Yan, student technical director for the theatre program and stage manager of the gala. “That’s why we’re bringing in choir and band, so it covers the whole program.”

All Palo Altans and other spectators are welcome to attend the gala and can tour and admire the new theatre in all its glory. Tickets are sold on Paly Theatre’s website and will also be sold at the box office an hour before each show.

“[The PAC gala] is really aimed for the entire Palo Alto community, certainly for the people who have donated to the equipment,” Woods said.

Although construction of the theater finished last spring, the PAC has not yet officially opened its doors to host large-scale performances; the gala will be its first.

“In order to have large audiences in it [the theater], we needed to be officially signed off in the building,” Woods said. “We’re also still in process of equipping the building in terms of lighting, curtains and lobby furniture. We just wanted the building to be as close as possible to being complete for the gala.”

While the historic Haymarket, the previous theater venue, will be missed, the PAC provides many more opportunities for aspiring performing arts students than did its predecessor. Yan and Woods are optimistic about the advantages of its large space and modern technology.

“For the past years we’ve been using the Haymarket, which is relatively old, … but now we have this multimillion dollar building and it’s amazing,” Yan said.

Woods looks forward to the students’ performance in the new theater.

“I was in the Haymarket for nine years, and I loved it; it’s a wonderful old building with a lot of character,” Woods said. “That said, the PAC provides all Palo Alto students the opportunity to perform in a top-notch facility and encourages the development of some really great skills. It’s like moving from a mobile home into a mansion.”