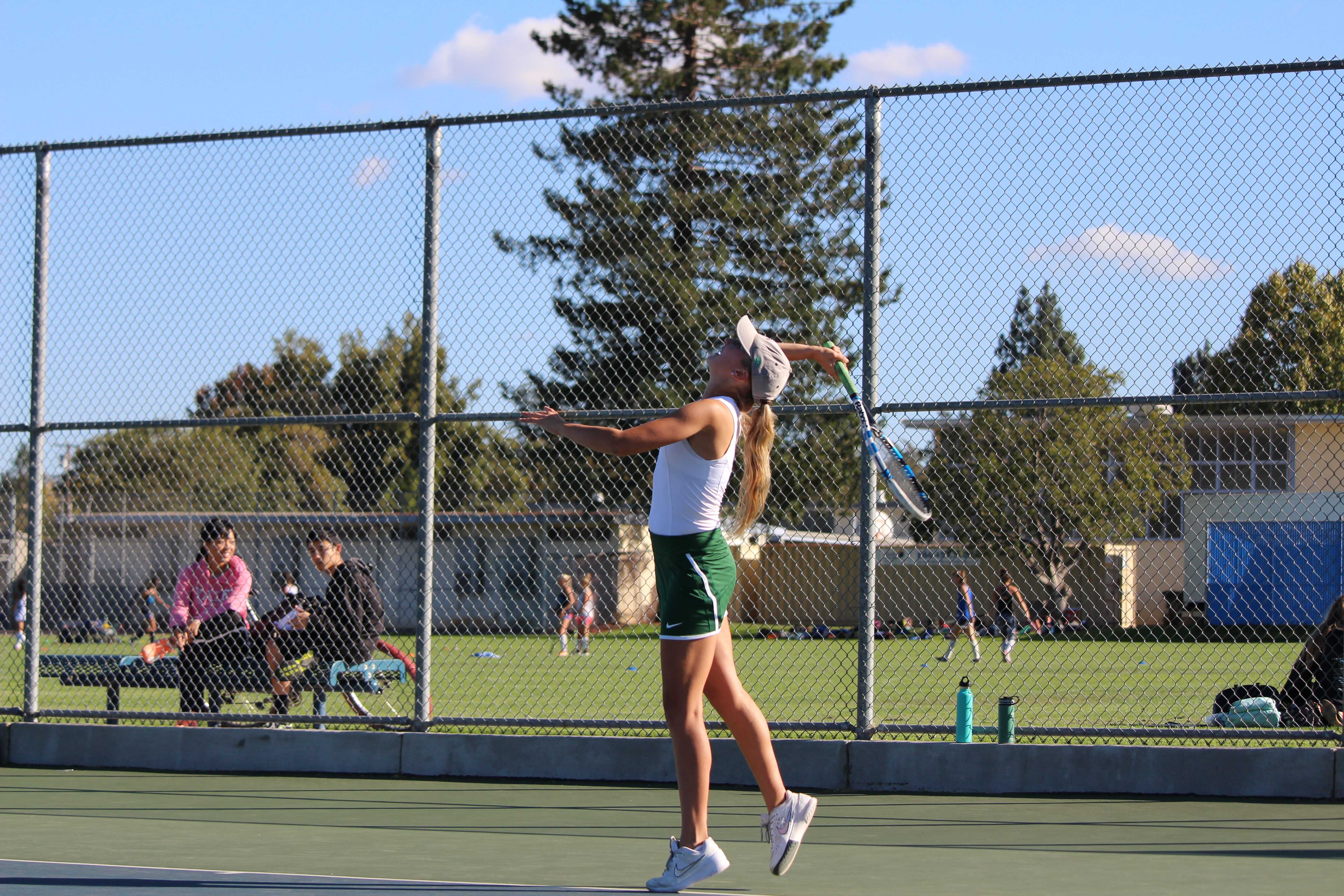 Allison Wu
Sports
October 5, 2016
With a stunning winning streak and an extraordinary lineup, the Palo Alto High School girls tennis team is fiercely conquering the court this season as they retain their position atop the El Camino League.

On Sept. 16 and 17, the Vikings participated in one of their most-anticipated events this season, the Paly Invitational Tournament. They played against a myriad of talented high school teams. Paly placed first despite making a change in their lineup, demonstrating the team’s versatility.

“The Paly Invitational was really fun,” said junior Mailinh Truong. “We even had our number one singles player, [Avanika Narayan], play doubles since it is her last year playing at Paly and she wanted to mix things up.”

According to Truong, all of the singles players gave remarkable performances in the tournament that contributed to the win.

“Sophomore Isa Cossio was the deciding match for our win,” Truong said. “She had a huge comeback during the third match.”

Following the tournament, Cossio was  awarded Athlete of the Week by Palo Alto Weekly for winning nine matches at the event.

The team also attributes much of its success to freshmen Claire Li, Anuva Banwasi and its doubles players, who have prevailed despite hardships.

“Claire Li has been playing phenomenally as number one and two singles as a freshman, winning all her matches,”  Truong said. “Anuva played really well during singles and doubles with senior captain Meredith Cummings.”

The Vikings aim to excel this season in the El Camino League. If they play well, there is a chance that the team could be promoted back to the De Anza League next year. Senior Brin Elliott believes that the improved and adept team could have definitely taken on fiercer competition in the higher league.

“[Playing in the lower league this year] is disappointing because with the addition of two ranked freshmen, I believe we could have held our own against the upper league teams,” Elliott said.

Nonetheless, the girls aspire to sustain their winning streak by sharpening their skills, training continuously and improving team chemistry.

“I believe there are three goals our team has overall: [to] holistically become a smarter and more consistent team, individually win matches on top of the team’s 7-0 blowout [and] win as many rounds of CCS as we can,” Elliott said.

The team will play Mountain View on Oct. 11 and hopes to dominate the court once again.