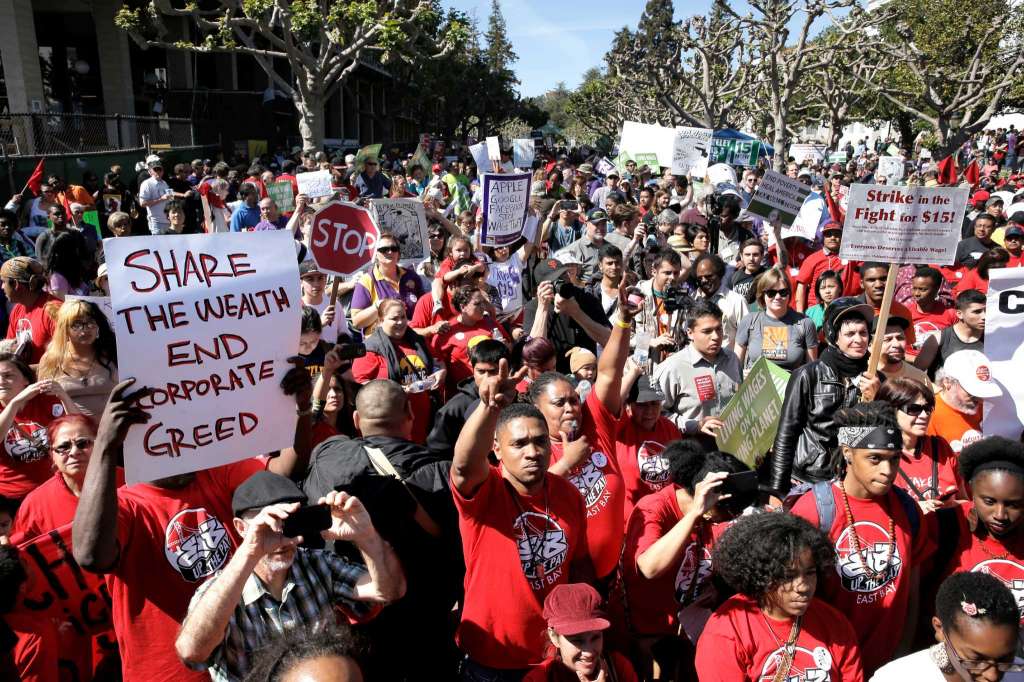 Avi Tachna-Fram
News
October 5, 2016
The Palo Alto City Council voted to incrementally raise the minimum wage from $11 per hour to $15 per hour by 2019 in accordance with the Cities Association of Santa Clara County’s plan for minimum wage increases.

The motion passed despite much public disapproval from restaurant owners who felt that the plan is not economically feasible and is an inappropriate method of payment for employees who receive tips.

Galen Fletcher, owner of Sundance Steakhouse, feels that the planned minimum wage is unsustainable for his business model.

“Raising menu prices to cover the expense of this minimum wage is risky,” Fletcher said. “Going from $11 to $15 [per hour] does not pencil out given our current business model. This will [be] incredibly inflationary for our guests and our dining frequency will diminish. This is a perfect storm for bankruptcy and job loss.”

However, some restaurant owners including Fletcher and Tim Standard, the owner of Mayfield Bakery, claimed that they did support the wage increase from a moral standpoint.

“I just want to point out the sole silver lining here which is that everybody in the room agrees that $15 an hour is a fair wage,” Standard said. “In fact, the restaurant community thinks that $15 an hour may not be enough; we would like to see $15 an hour be the minimum wage for everybody.”

The two restaurant owners claimed that the best way to meet this new minimum wage while at the same time maintaining the marketability of their restaurants is to give a tip credit to “front of the house” employees, which includes waiters, waitresses and other positions. This would allow restaurant owners to pay their employees less than minimum wage by counting money from tips as part of employees’ salaries.

Some restaurant owners even went so far as to say that an increased minimum wage will actually hurt those who need it most — the “back of the house” employees such as dishwashers, cooks and other personnel who do not directly interact with the customers.

“With two-thirds of my staff making tips, this minimum wage increase prevents me from giving raises to the employees that need the money the most my back of the house employees,” Fletcher said. “Ironically, raising the menu prices in order to pay for this minimum wage increase will actually result in higher tips so the front of the house is actually getting two raises.”

Supporters of the higher minimum wage free from exemptions and with a faster timeline of implementation timeline responded with heated rhetoric.

“Do restaurant owners know the difference between a wage and a tip?” said Palo Alto Resident VJ Mohan.  “A wage is between an employer and an employee, a tip is between a customer and the person who served them. What I give to the employee has nothing to do with you. You pay for the work I pay for the service. Mixing up the two just does not make sense.”

Exemptions for tipped employees were not favored by the Council. According to the California Labor Code Section 351 employers are prohibited  from lowering wages due to tips. Despite complaints from restaurant owners that the labor code may not apply to local minimum wages higher than the state minimum wage, no Council member favored building tip exemptions into the motion.

“I am open to the compromise of the start of the fiscal year [for making the minimum wage $15 an hour] July 1st 2018,” Wolbach said. “I think that is a compromise for those of us who were committed to January 1st and have put Palo Alto as a leader setting a goal for that. Pushing it back six months is a hard pill to swallow, but it would be six months faster than what is proposed here.”

After coming to a vote this substitute motion was defeated 2-7, with Councilmen Wolbach and Marc Berman supporting it.